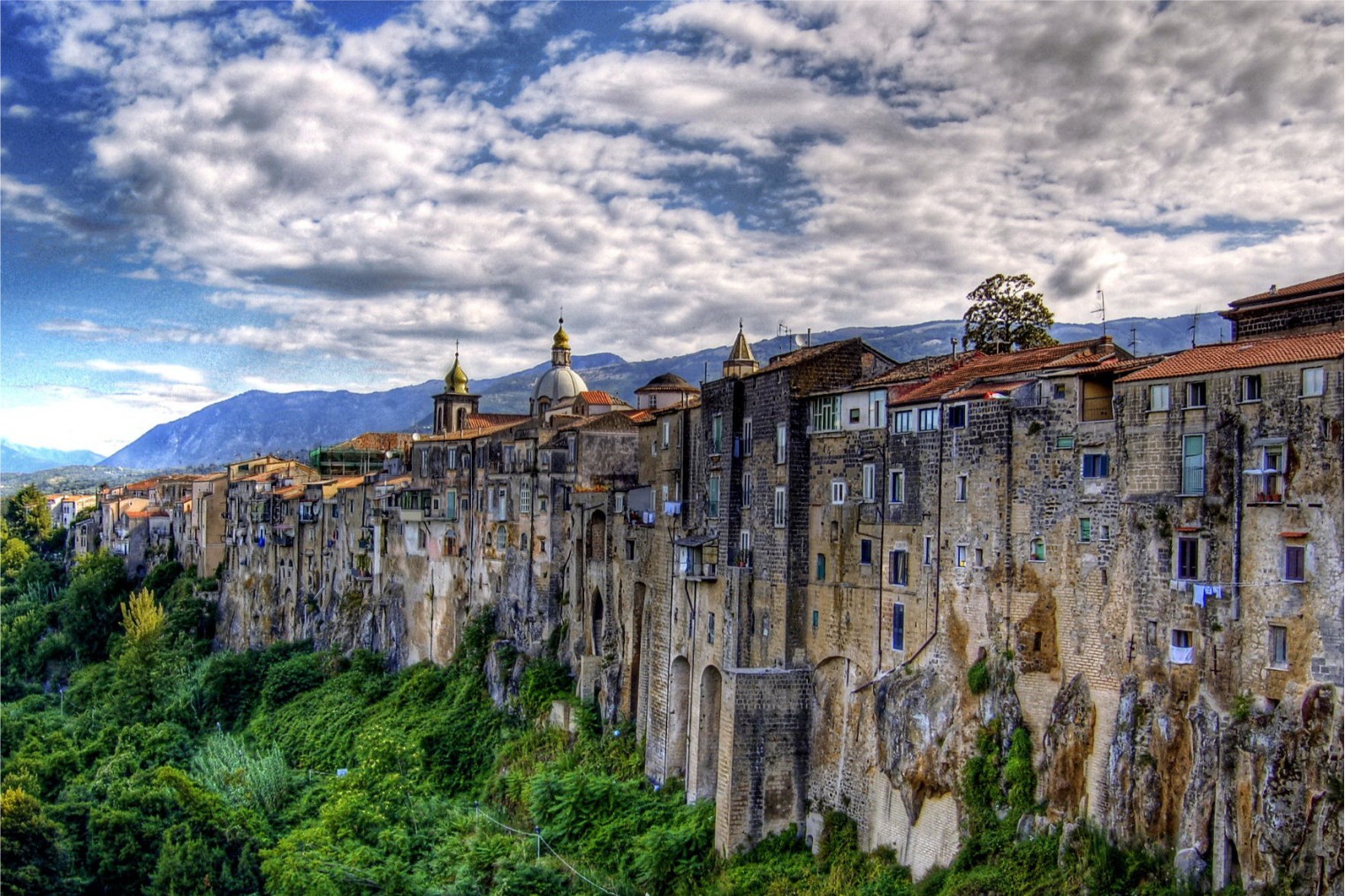 Sant’Agata de’ Goti is a comune (map), Campania, located about 35 km northeast of Naples and about 25 km west of Benevento near the Monte Taburno.

Sant’Agata dè Goti is a charming medieval town filled with spectacular works of art, in a beautiful location perched on a rocky terrace between two tributaries of the Isclero river. Most historians believe it was built on the site of Saticula, an ancient Samnian city overtaken by the Romans in 343 B.C.

Remarkable panoramic vistas can be enjoyed in many parts of the village. Its cool summer nights and abundance of local restaurants and pizzerias encourage locals and visitors to spend their Saturday nights in the borough streets and squares.

Cathedral (Duomo, map), founded in the 10th century, dedicated to the Assumption of Mary. Due to the repeated reconstruction, little remains of the original edifice. The Romanesque crypt shows parts which could belong to several pre-existing buildings, including Roman or earlier ones.

The first sight of Sant’Agata de’ Goti makes a magical impression. The picturesque medieval town is perched on a sheer bluff high above a river gorge. Crossing the bridge to the other side of the cliff is like leaving the modern world for the old one.

Sant’Agata de’ Goti is a real gem, a relatively unknown yet captivating town. It is in the Benevento province, on the edge of Campania’s most famous wine country, the Sannio. Here you’ll find fabulous Falanghina and Aglianico, vintages becoming famous world wide.