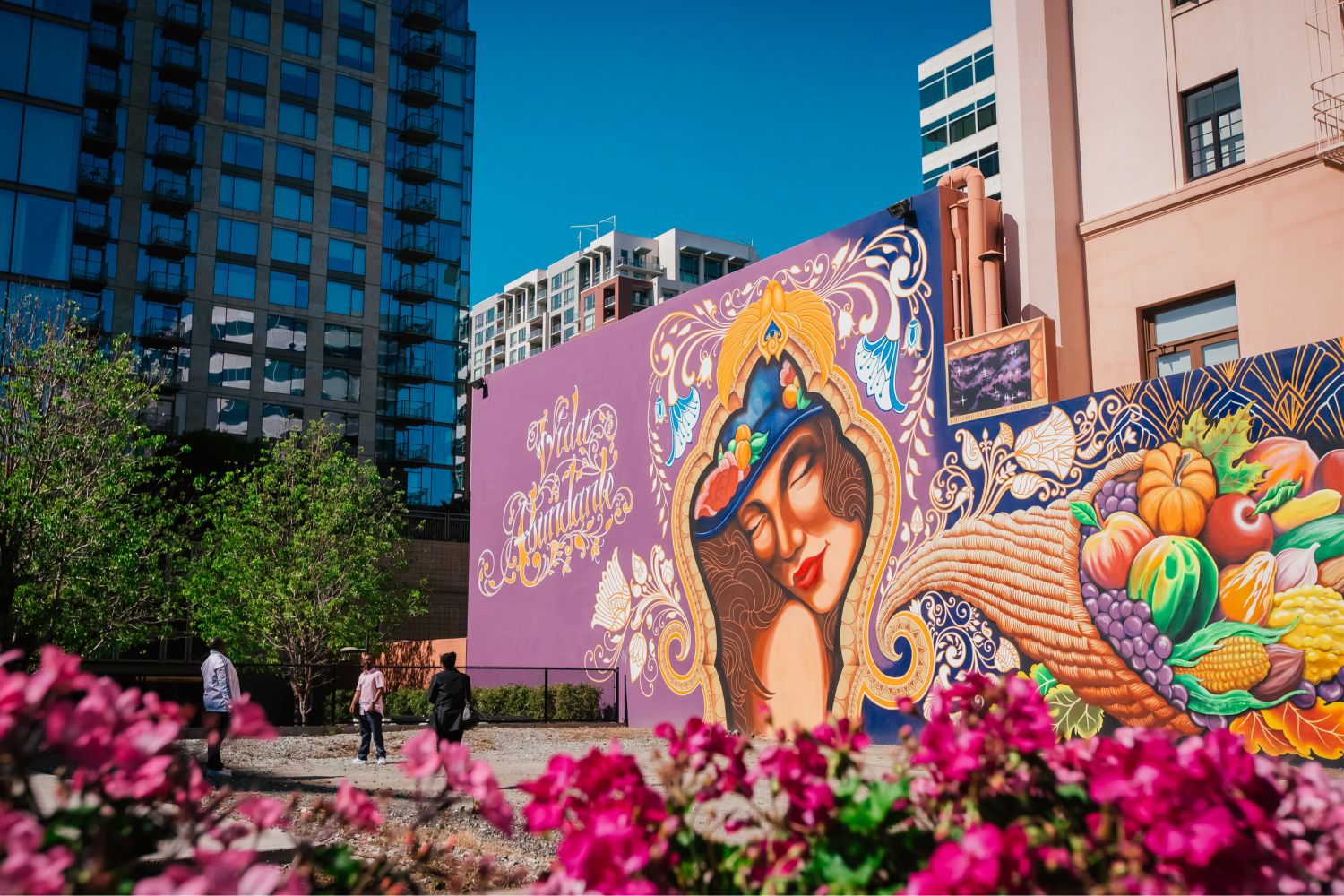 San Jose is one of the wealthiest major cities in the United States and the world, and has the third-highest GDP per capita in the world (after Zürich, Switzerland and Oslo, Norway).

Downtown San Jose is a mix of offices, shopping, hotels, numerous restaurants as well as a convention center and the SoFA (map) nightclub district. Check out the San Pedro Square Farmer’s Market (map) on Fridays for local and organic produce.

Santana Row (map). A “European-style” village of shops, restaurants, and high-priced condos, with hotels and great nightlife. There’s a year-round farmer’s market on Sundays, and during the summer bands play free outdoor music every weekend.

Further Confusion. January. One of the world’s largest conventions for fans of furry (anthropomorphic animals or creatures) art, writing, comics, and costuming. If you like walking around in a dog costume, this 5-day event is for you.

San Jose’s trail network of 60 mi (100 km) of recreational and active transportation trails throughout the city. The major trails in the network include:

The Tech Museum of Innovation (map). A great interactive experience for all ages and backgrounds. The Tech Museum allows visitors to see how technology affects their daily lives.

San Jose Museum of Art (map). Recognized for its contemporary collection of modern art, which highlights movements on the West Coast as well as national and international pieces.

Winchester Mystery House (map). Check their website for a current schedule. The legend is that Sarah Winchester, Winchester Rifle heiress, was afraid of being cursed by the ghosts of those who had been killed by Winchester guns. She thought that as long as construction continued, the ghosts would be kept at bay. Construction did continue (for 38 years!), resulting in a fantastic house full of mazes, stairs that go nowhere and other odd architecture.

Valley Fair (map). One of the largest shopping malls in Northern California, Valley Fair has over 250 stores and several restaurants. Valley fair has gone under tremendous renovations within the last few years making it bigger and more modern.

The Transit app is an app for trip planning endorsed by VTA. The 511.org website is also a great resource, whether by car or public transit (or a combination of both). Its Trip Planner spans all Bay Area transit systems.