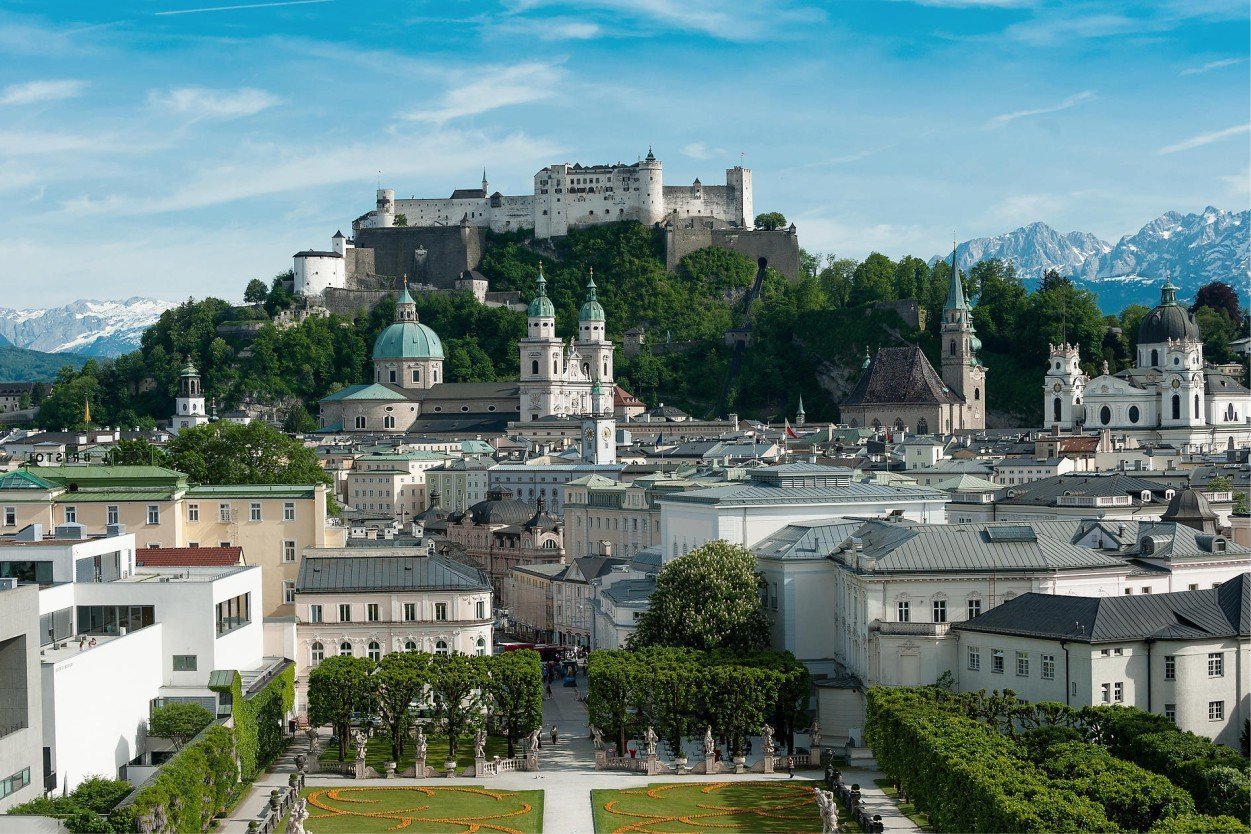 Salzburg – literally “Salt Fortress”. The town is on the site of the Roman settlement of Iuvavum. The fortress of Hohensalzburg (map), one of the largest medieval fortresses in Europe, dates from the 11th century.

Salzburg’s historic centre (Altstadt, map) is renowned for its Baroque architecture and is one of the best-preserved city centres north of the Alps. The historic center was enlisted as a UNESCO World Heritage Site in 1996.

Salzburg was the capital of an independent state from the early 14th century until 1805. It was ruled by prince-archbishops, who became rich by the salt mines in the south of the city. This led to the architectural gem you see today, as materials and architects were imported from Italy and other European countries.

Alter Markt Square (map). Various shops in this area are quite old and impressive. For instance have a look at the interior of the pharmacy called Fürsterzbischöfliche Apotheke.

The Untersberg (map). The mountain is perennially popular with tourists due to its proximity to the city of Salzburg, less than 16 km (10 mi) to the north of the mountain and within easy reach by bus.

The best way to get around Salzburg is by foot.

ÖBB S-Bahn • Lokalbahn – Railway and funicular to the fortress (FestungsBahn)