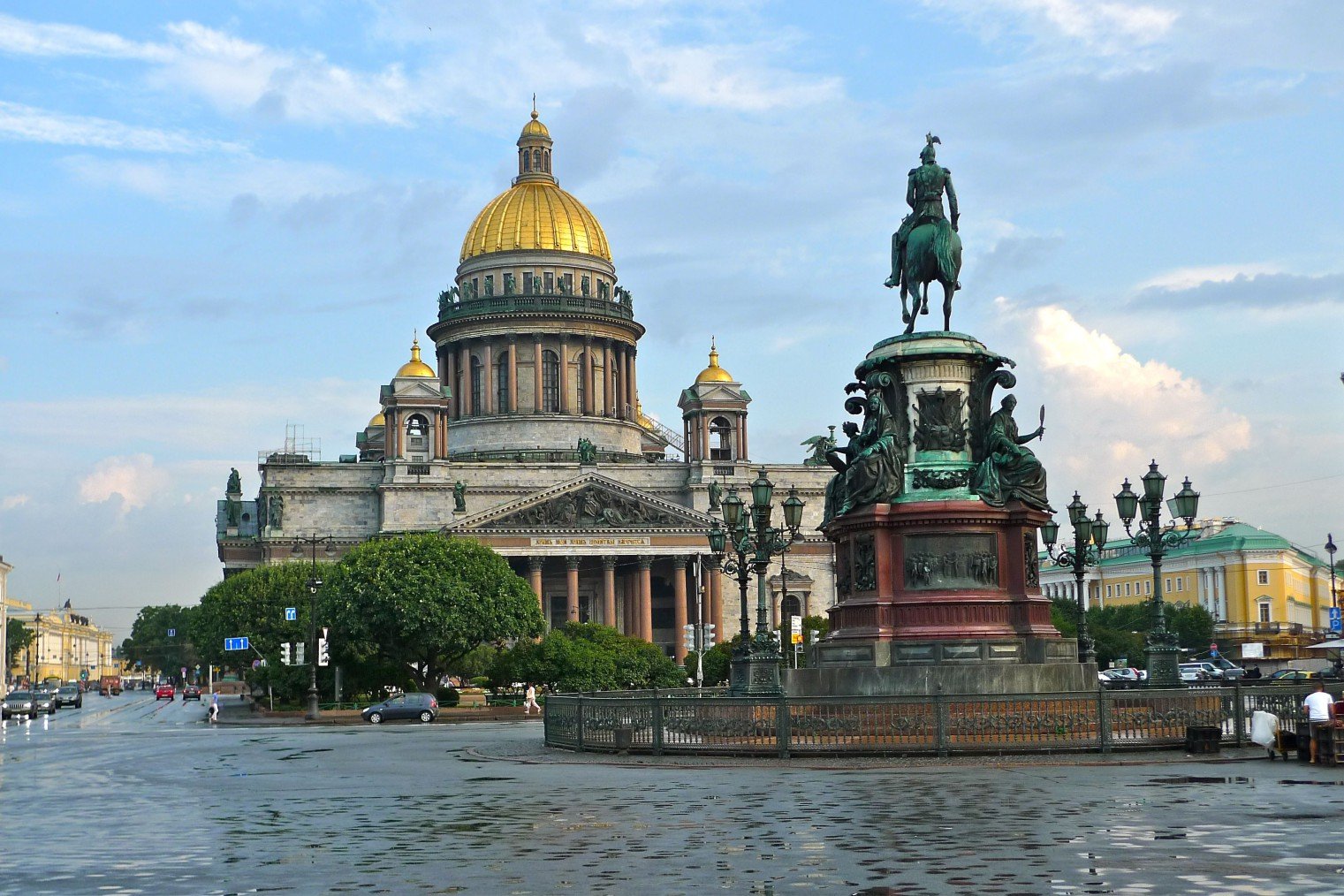 Saint Petersburg (map) is the second largest city of Russia, and the former capital of the Russian Empire. Founded in 1703, it is not ancient, but its historical cityscape is remarkably well-preserved. The center of Saint Petersburg occupies numerous islands of the Neva River delta, divided by waterways and connected by huge drawbridges. Since 1991 it and some historical suburbs, including Peterhof, have been listed by UNESCO as a World Heritage Site.

Saint Petersburg is simply put one of the greatest sightseeing cities on earth. No visit can do it justice—you’ll have to move here to really be able to see all the sights. Really, budgeting a month of full-time tourism would not be unrealistic. As the capital of the Russian Empire from the early 18th century to the early 20th century, the city grew steadily, saw many crucial events of the Russian history, and was a major cultural center.

The Center of Saint Petersburg is the area of main interest to the traveler, home to most attractions of the metropolis. You can get everywhere on foot, and simply strolling the elegant streets is a delight. Although the district is divided by canals, they’re narrow and don’t constrain progress: the streets crisscross them and you don’t have to factor in bridge closures or the like.

Palace Square Ensemble and Hermitage (wiki, map). The Hermitage is Saint Petersburg’s prime attraction, a massive palace-museum showing the highlights of a collection of over 3 million pieces spanning the globe. Hosted in the Winter Palace, the former main residence of the Russian tsars, and several other historic buildings nearby, the Hermitage is one of the world’s great museums, with an imposing setting displaying priceless works by Rembrandt, Raphael, Rubens, Velázquez, Michelangelo, van Dyck, Matisse and many more.

*Peter and Paul Cathedral + *Peter and Paul Fortress (map) founded by Peter the Great in 1703 and built to Domenico Trezzini’s designs from 1706 to 1740 as a star fortress. Today it has been adapted as the central and most important part of the *State Museum of Saint Petersburg History.

Saint Isaac’s Cathedral (map). It was built in 1818, in the style of transition from classical to modern, and is a major attraction in the city. This is the most significant creation of Auguste Montferrand. Three sculptures, depicting each of the 12 apostles, stand on the pediment portico.

Russian Museum (map). An extensive collection of Russian paintings and sculpture. The main building, the Mikhailovskiy Palace houses the main exhibits, and the Russian Museum also oversees the permanent and temporary exhibits, tickets to each can be purchased separately or as a universal pass.

Church of the Saviour on Spilled Blood, Museum of Mosaics (wiki, map). A traditional style Russian church built on the spot where Tsar Alexander II was assassinated in 1881. The interior is elaborately decorated with over 7000 m² of mosaics. The walls and ceilings inside the Church are completely covered in intricately detailed mosaics — the main pictures being biblical scenes or figures — but with very fine patterned borders setting off each picture.

Smolny Cathedral / Smolny Convent (wiki, map), what is a gorgeous blue and white main church, considered to be one of the architectural masterpieces of architect Francesco Bartolomeo Rastrelli. The Cathedral is the centerpiece of the convent, built by Rastrelli between 1748 and 1764.

Except during the winter, the 9 low bridges in St. Petersburg are drawn during the night to allow for the passage of boat traffic. Therefore, if you don’t make it to the side of the river where you are staying before the bridges are drawn and there are no high bridges to cross, you will be stuck until the bridges are lowered. The official bridge draw schedule is published online.

BUS >   A useful mobile app called Yandex Transport helps you locate a nearest bus, trolleybus or tram on the line.

RAIL >   rzd-online.ru – regular train tickets and timetables / + High speed trains. Moscow is a railway hub, with connections to all parts of Russia and far into Europe and Asia. Due to its hub status, Moscow’s train stations are often crowded; trains are the usual form of intercity transport for most Russians.  >> *Trans-Siberian Railway