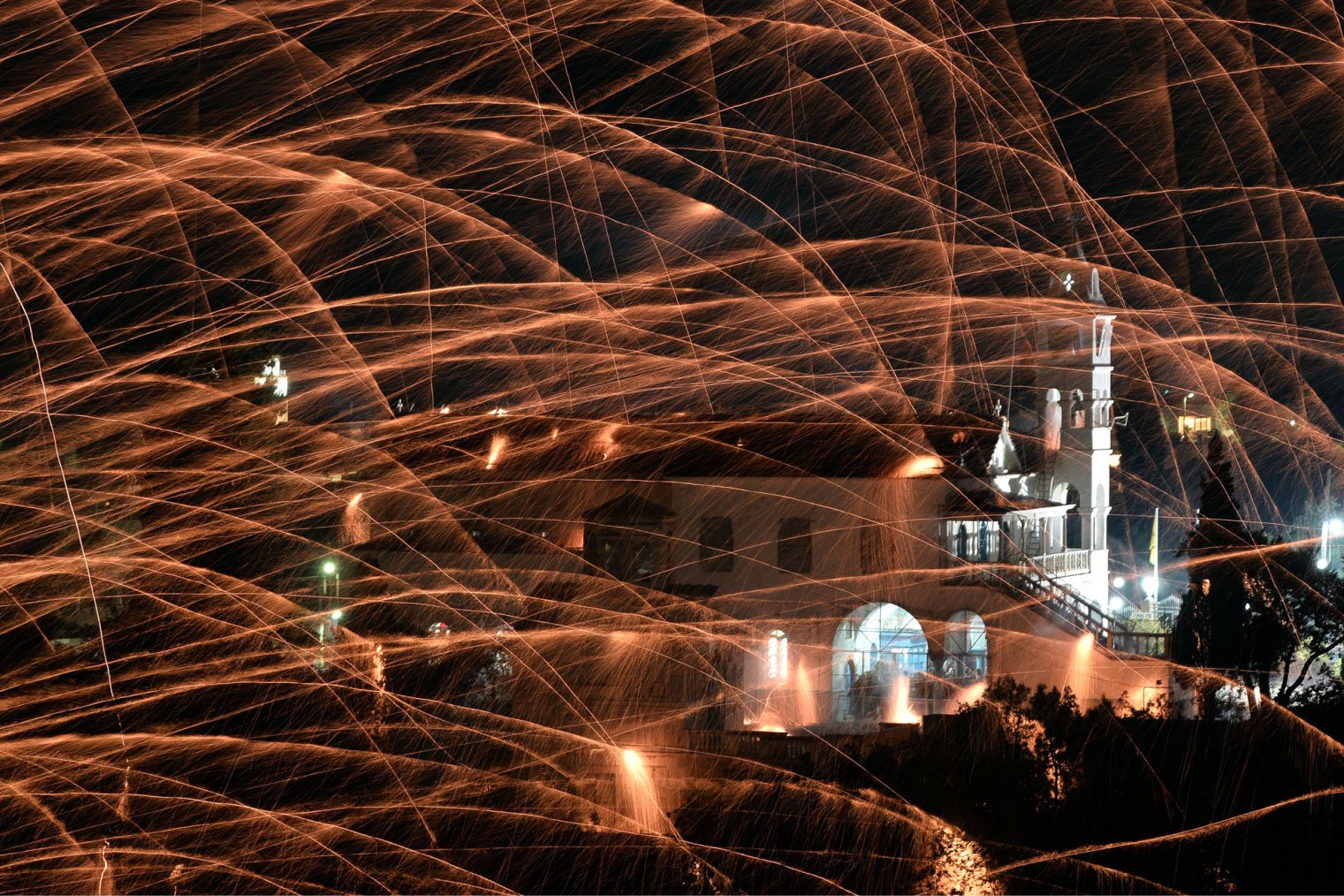 Rouketopolemos is a local traditional event held annually at Easter in the town of Vrontados (Βροντάδος, map) on the Greek island of *Chios. Two rival church congregations in the town perform a “rocket war” by firing tens of thousands of home-made rockets across town, with the objective of hitting the bell tower of the church of the other side.

The church buildings themselves and the nearby buildings have to be extensively boarded up and protected with metal sheets and mesh for the occasion. Several Vrontadites regularly express their dismay at the explosive nature of the custom, but it is a source of significant tourist revenue for the area.

The legendary Poet Homer was supposedly born or at least lived for a long time in Chios. On the north side of the Vrontados coast is the so-called “Homer’s stone”, a rather uncomfortable natural rock throne where according to the legend the poet sang and taught.

According to tradition, Christopher Columbus, visited Vrontados in order to study nautical charts and get information of experienced Vrondadian seamen who would help him to his great voyage for the discovery of America.

You can take the boat from Athens (Piraeus) once a day (twice a day in the summer) from Hellenic Seaways or Kavala (operational only in the summer). There is also regular trips from Samos and Lesvos all year round.

BUS >   OSE. You can get almost anywhere in Greece by bus, but some isolated villages may only have one or two buses per day >> KTEL BUS.