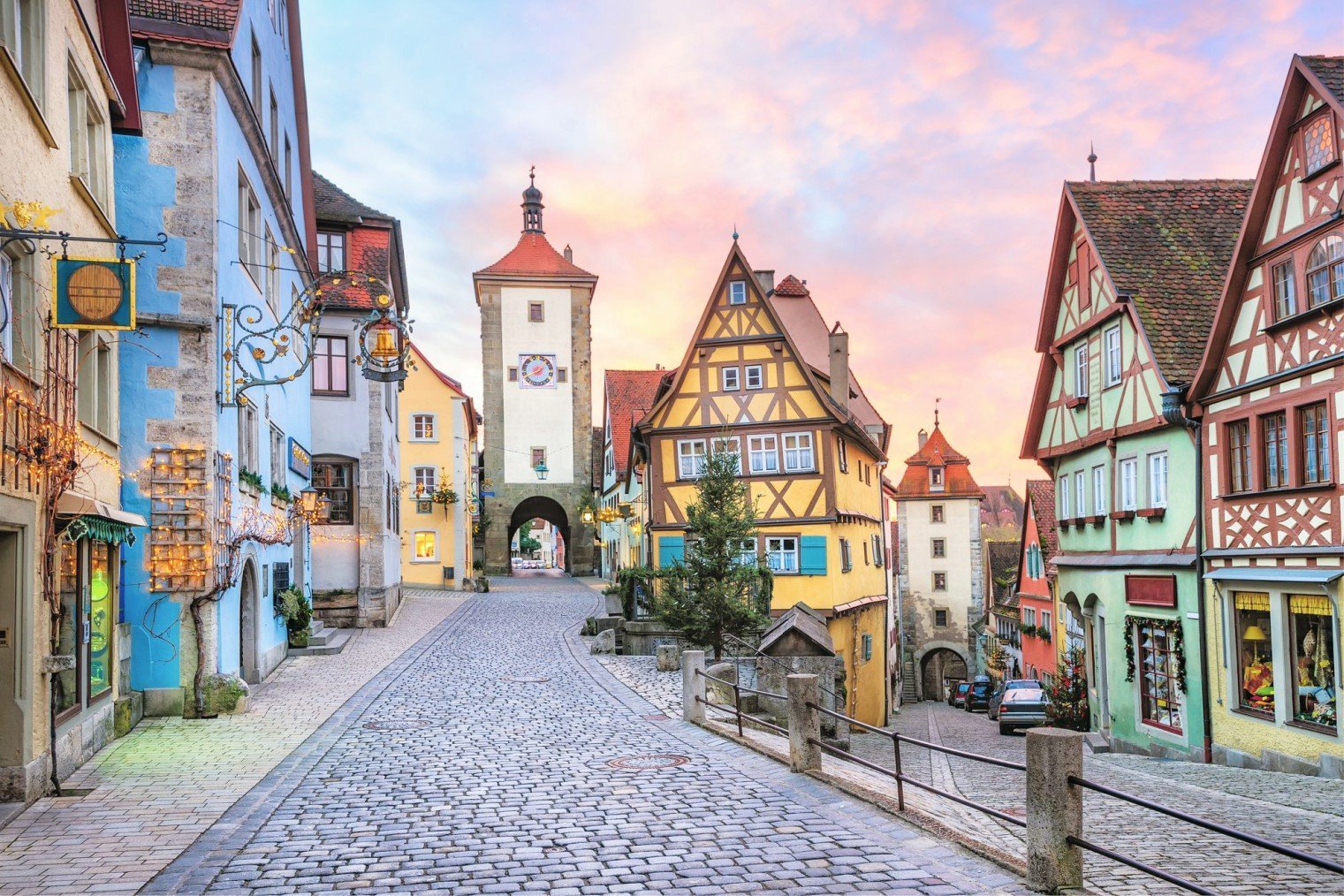 Rothenburg ob der Tauber (map). It is well known for its well-preserved medieval old town, a destination for tourists from around the world. It is part of the popular Romantic Road through southern Germany.

Much of the eastern portion of Rothenburg was destroyed or damaged in World War II and was later restored. The older western section from which the medieval town originated and contains most of the town’s historic monuments, did not suffer from the bombing. Thus, most of the buildings in the west and the south of Rothenburg still exist today in their original medieval or prewar state.

While buildings within the walled city reflect the city’s medieval history, this part of the city is in many ways a normal, modern German town with some concession to the tourist trade. Many stores and hotels catering to tourists are clustered around the Town Hall Square (map) and along several major streets (such as Herrngasse, Schmiedgasse).

Also in the town is a Criminal Museum (map), gives an insight into judicial punishment over the last 1000 years. Exhibits include instruments of torture, shrew’s fiddles, scold’s bridles, medieval legal texts, and guidance on witch trials. RothenburgMuseum (map) with the municipal collections and a weapon collection.