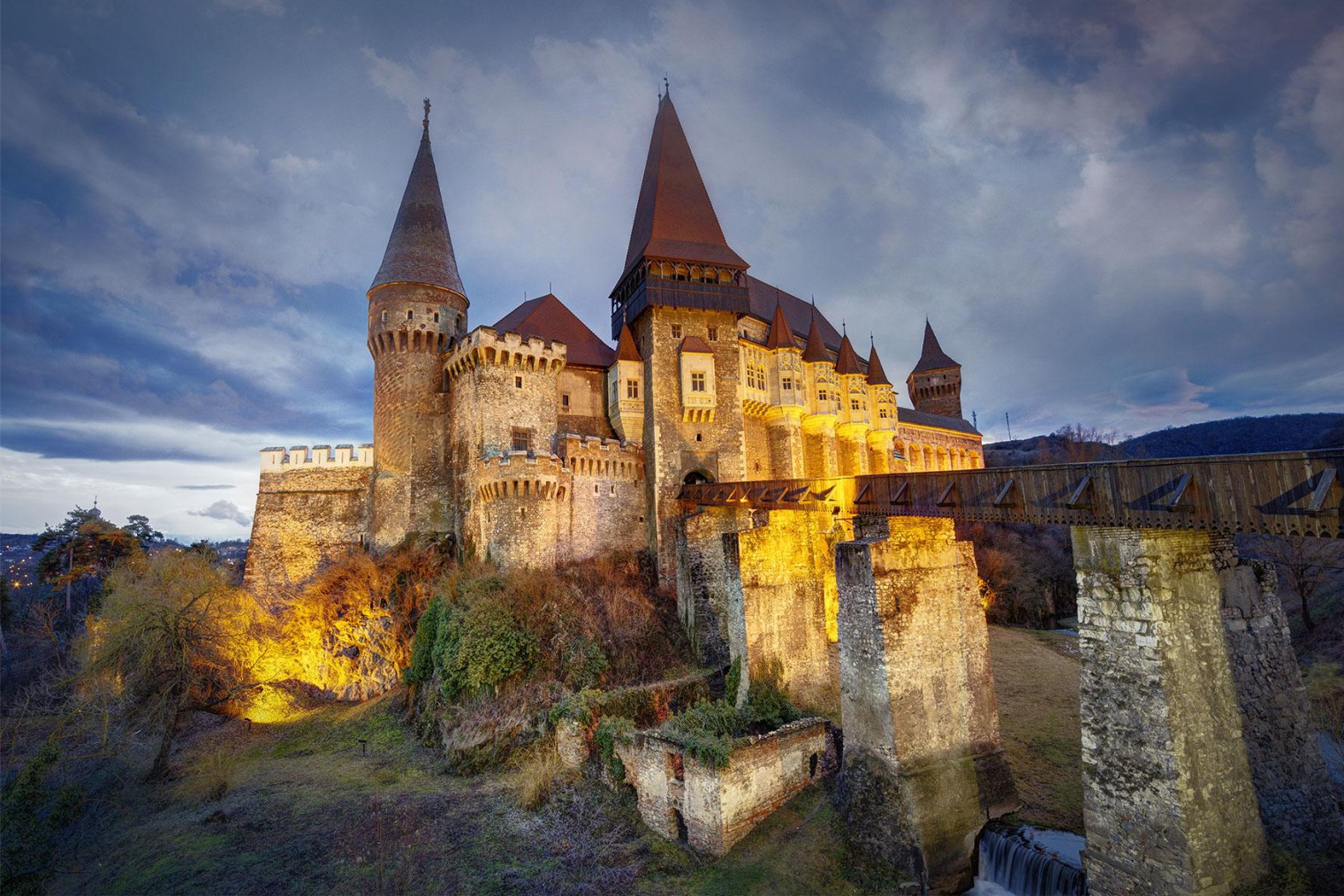 Romania is a country on the western shores of the Black Sea; except for *Dobruja, it is north of the Balkan Peninsula. It is a country of great natural beauty and diversity and a rich cultural heritage, including a variety of ethnic, linguistic, and confessional groups. Its capital and largest city is Bucharest.

*Transylvania. A land of medieval castles and towns, dark forests, snowy peaks (especially those in Transylvanian Alps), but also vibrant cities. Transylvania is rich in myth and misty medieval sites: there about 100 castles and fortresses and about 70 fortified churches. *Sibiu — one of the most beautiful cities in the region, it has the best preserved historical sites in the country, numerous museums and exhibitions, proximity to the stunning Făgăraș mountains.

*Historic Centre of Sighișoara (map) – It is an inhabited medieval citadel that was built in the 12th century by Saxon colonists under the Latin name Castrum Sex and it is the birthplace of Vlad III the Impaler also known by the name of *Count Dracula.

A traditional countryside shopping is the weekly fair (târg, bâlci, or obor). Usually held on Sunday, everything that can be sold or bought is available.

Romania has a very dense rail network that reaches practically every town and a sizable number of villages. Most trains are run by the state carrier, Căile Ferate Române. Many secondary lines are operated exclusively by private companies.

Bus can be the least expensive method to travel between towns. In the Romanian towns and cities, you can usually find one or several bus terminals (autogara). You can find timetables on the autogari website.

Minibuses are usually very uncomfortable; some buses are old and slow. Schedules are not tightly followed, and delays of over an hour are not uncommon, especially for inter-city buses.