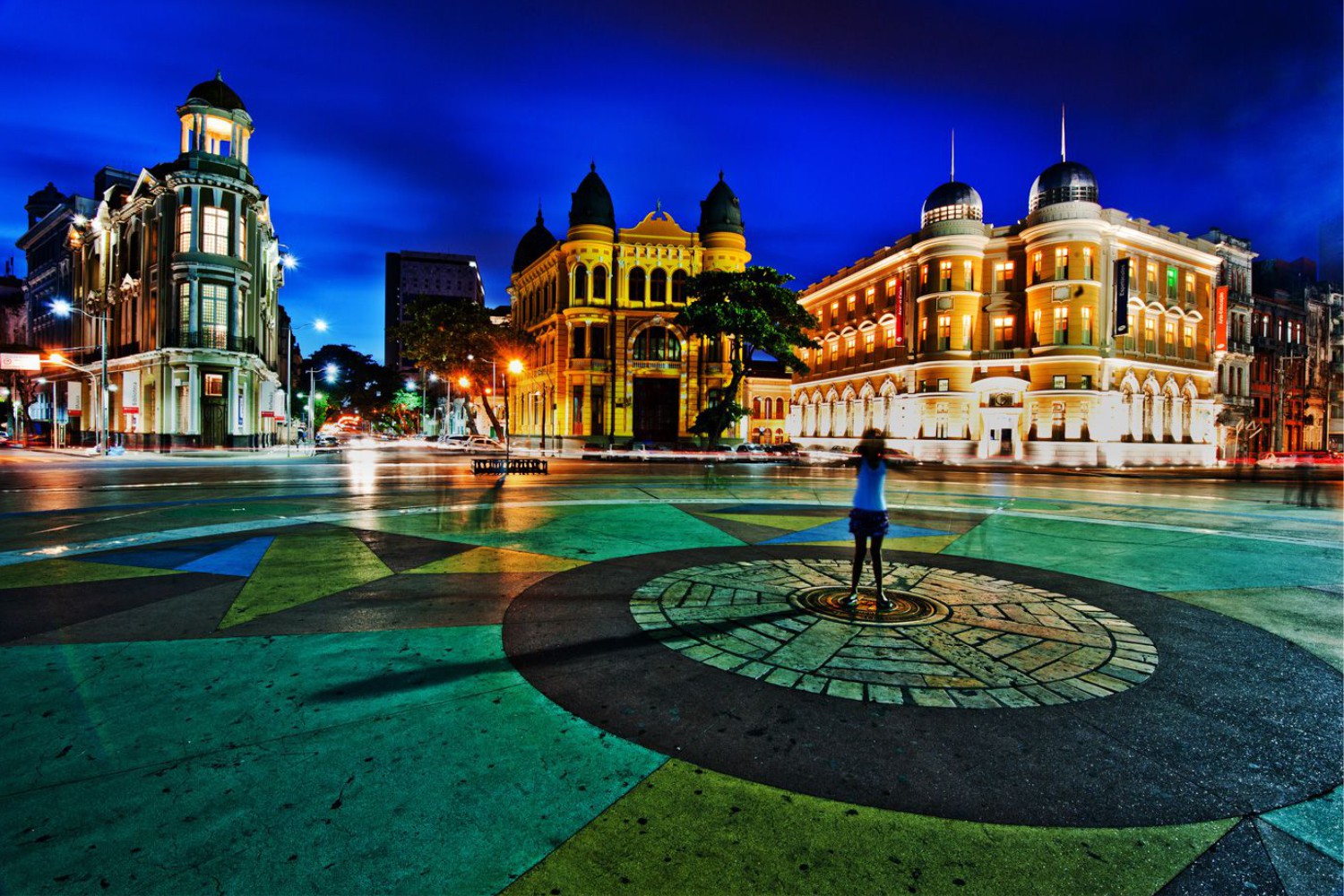 Recife (map), the capital of *Pernambuco. This lively capital, founded by Dutch colonizers, is brimming with a vibrant culture, an interesting old town (which includes the oldest synagogue in the Americas) and some nice beaches.

Upon visiting Recife, you might be shocked to see how similar it is Venice, thanks to the many canals around the city. Due to the prevalence of waterways in its geography, Recife is known as Veneza Brasileira (Brazilian Venice).

Recife is also one of the best cities in Brazil to relax by the beach. It is built on a reef, which means that its beaches are among the best in the country. The nicest beach is widely recognised as being Boa Viagem (map).

Recife stands out as a major tourist attraction of the Northeast, both for its beaches and for its historic sites, dating back to both the Portuguese and the Dutch colonization of the region.

The historic centre of Recife is one of the best preserved in all the cities in Brazil. The best sights are Teatro Santa Isabel (map), Catedral de Sao Pedro (map) and Basilica de Penha (map). The Casa de Cultura (map) is also worth a stop, as this ex-prison is now home to a large, indoor market selling traditional, handmade souvenirs.

Convento Franciscano de Santo Antônio (Franciscan Convent of Saint Anthony, map). One of the city’s biggest attractions, a convent containing the ostentatious Capela Dourada (Golden Chapel), which certainly lives up to its name. Built in 1588, it is one of the most beautiful baroque churches in Brazil.

The *Historic Centre of Olinda (map), 7 kilometers (4.3 mi) north of the city, was declared a UNESCO World Heritage Site in 1982, and both cities’ Brazilian Carnival are among the world’s most famous.

The beach of Porto de Galinhas (map), 60 kilometers (37 mi) south of the city, has been repeatedly awarded the title of best beach in Brazil and has drawn many tourists.

The carnival of Recife and Olinda (which has its historic town centre considered a World Heritage Site by UNESCO in 1982). Very different from its carioca counterpart, in Recife street shows and parades play contagious rhythms like frevo and maracatu.

In the city, the carnival festivities begin in January, as locals begin preparing for the official Carnival, which starts the week before Shrove Tuesday and Ash Wednesday in the Christian liturgical calendar. The pre-Carnival parties usually consist of percussion groups practising in local clubs, city streets and squares, and even Carnival balls.

!  Recife’s reputation for safety is not one of the best. Robberies on streets and buses are fairly common. Do not be alarmed — odds are you will have a fabulous time here — but be aware of your surroundings and take the usual big city precautions.

The Sistema Estrutural Integrado (Integrated Structural System), known as SEI, has 119 bus lines which are integrated with the subway system at 13 points throughout the metropolitan area.

BUS >   Expresso Guanabara > From *Fortaleza by Guanabara. Progressoonline.com > From *Natal by Progresso.