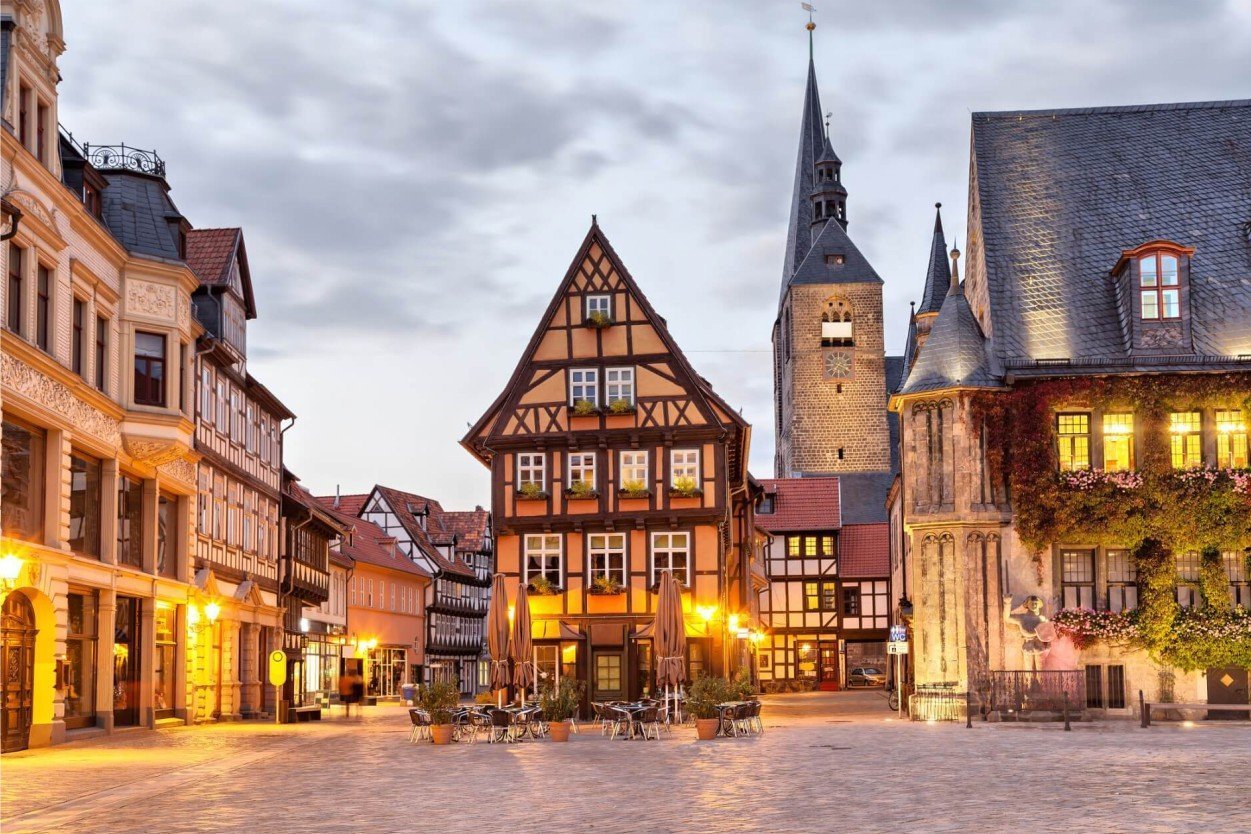 Quedlinburg (map) is a town in the Harz Mountains (nationalpark-harz.de), of Saxony-Anhalt. It is one of Europe’s best preserved medieval renaissance towns. It features a rare combination of ancient and modern historical treasures. In 1994, the castle, church and old town were added to the UNESCO World Heritage List.

The old town of Quedlinburg belongs to the largest in Germany with a size of around 90 hectares. 2000 half-timbered houses can be found here. The oldest, the “Ständerbau” (map), dates back from 1347.

The castle and Stiftskirche St. Servatius still dominate the town like in the early Middle Ages. The church is a prime example of German Romanesque style.

The Quedlinburg castle complex (map), founded by King Henry I and built up by Emperor Otto I in 936, was an imperial *Pfalz of the Saxon emperors.

There are no big shopping centres in the immediate vicinity of Quedlinburg. Instead they pride themselves on the numerous little curio shops selling everything from arts and handicraft, to antique shops, offering a wide choice of objects to suit every taste.

Surrounding Area – Quedlingburg is an ideal point of departure to reach the nearby Harz, with dramatic gorges and mountainous landscapes waiting to be explored in a hiker’s paradise.

The ‘Romanesque Road‘ recounts dynasties and events from German and European history up to a thousand years ago. Numerous Romanesque edifices in the immediate vicinity of Quedlinburg bear witness to this history.

Thale Hexentanzplatz (Witches Dance Floor, map) is reputedly an Old Saxon cult site, at which, celebrations were held in honour of the so-called Hagedisen (forest and mountain goddesses), particularly on the night of 1 May. The place did not become known as the Hexentanzplatz until the cult was banned by the invading Christian Franks.