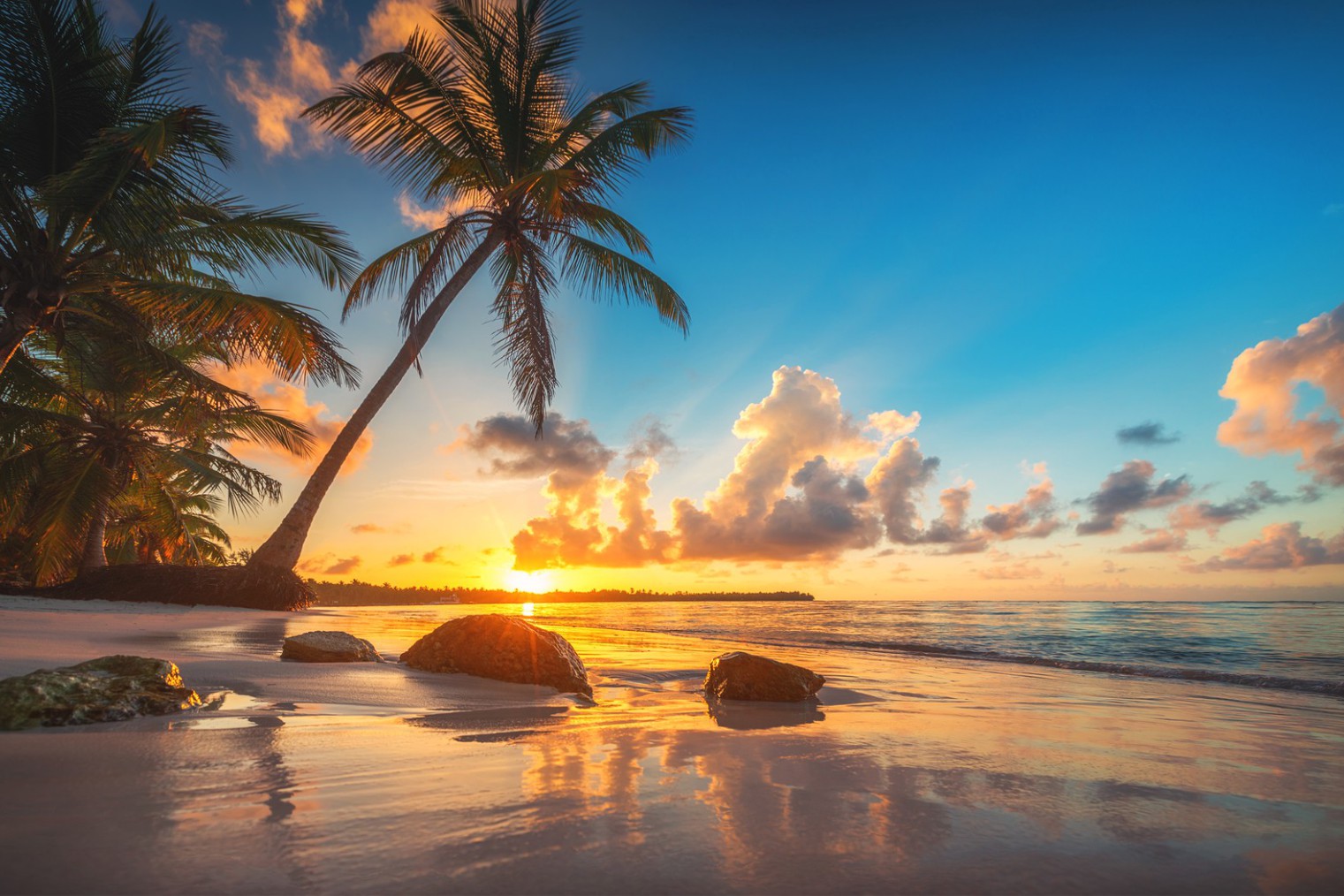 Punta Cana (map) is the name of a town and tourist region at the easternmost tip of the Dominican Republic. Punta Cana is one of Latin America’s most popular tourist destinations, with more visitors than any country in the Caribbean region.

The area is known for its white sand beaches, blue turquoise waters, and balnearios which face both the Caribbean Sea and the Atlantic Ocean. The weather is hot for most of the year, especially in late summer and autumn when the Northern Tropics receive their most direct sunlight.

To the north, it borders the village and beach of Cabeza de Toro (map), and the Bávaro (map) and El Cortecito (map) beaches. The nearest city, the 500-year-old *Higüey (map), is 45 kilometres (28 mi) away, which takes about an hour to reach by car.

Peak season in Punta Cana tends to run from December-April. Prices in both airfare and hotel increase dramatically during these times, while dropping in the summer and early fall months.

Punta Cana has a tropical climate. Although it is mildly windy, the ocean in the area is mainly shallow, with several natural marine pools in which visitors can bathe. The weather is fairly constant, with an average temperature of 26°C. The hottest season lasts from April to November, and during the day temperatures might reach 32°C. From December to March, temperatures during the evening are around 20°C.

BUS >   Expreso Bavaro go from *Santo Domingo to Punta Cana (from their respective terminals in Santo Domingo). Buses are modern (toilet, movies, some with WiFi) and drivers drive safely.

AIRPORTS >   The Punta Cana International Airport is located about 30 km inland, on the highway that leads from Higüey to La Romana.

Tourism in the Dominican Republic (wiki)