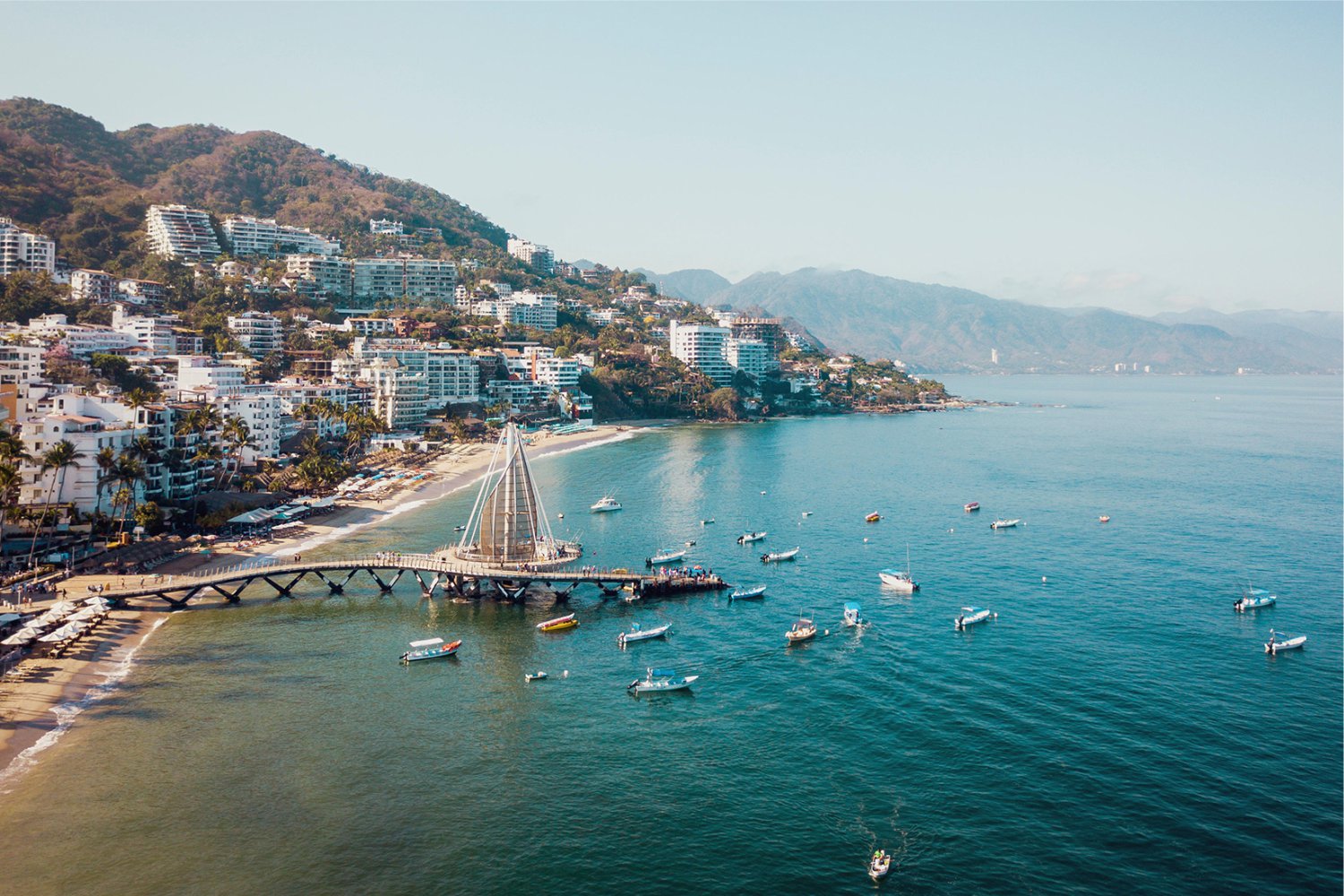 Puerto Vallarta (map), colloquially known as Vallarta, is a city on Mexico’s Pacific Coast. While it is established as a modern resort town, the Old Town (the Zona Romantica district, map) south of the River Cuale is more of a traditional Mexican city.

The high season for international tourism in Puerto Vallarta extends from late November through March (or later depending on the timing of the college spring break period in the U.S.)

The rainy season extends from mid June through mid October, with most of the rain between July and September. There is a marked dry season in the winter. February, March and April are the months with the least cloud cover.

Plaza de Armas (map) – the city’s main plaza – site of public concerts both at the bandstand in the Plaza de Armas and on the stage in front of the arches across the street.

*The Malecón (map) – paved walkway along the seashore in Colonia Centro – especially popular during the Sunday evening paseo.

Playa Conchas Chinas (Curly Shells Beach, map) – the city’s most secluded beach, located to the south of the headland which forms the boundary of Los Muertos beach.

Mercado Isle Cuale (map) and Mercado Municipal Cuale (map) – there are two large public markets in the Centro (Downtown) along the banks of the Cuale selling a variety of artisanal and souvenir goods, and the Isla Cuale has a number of souvenir vendor shops as well.

Los Arcos Marine Natural Area – offshore of Mismaloya 12 km south of Puerto Vallarta. The area has been a National Marine Park since 1984. The area is protected as a breeding ground for pelicans, boobies and other sea birds.