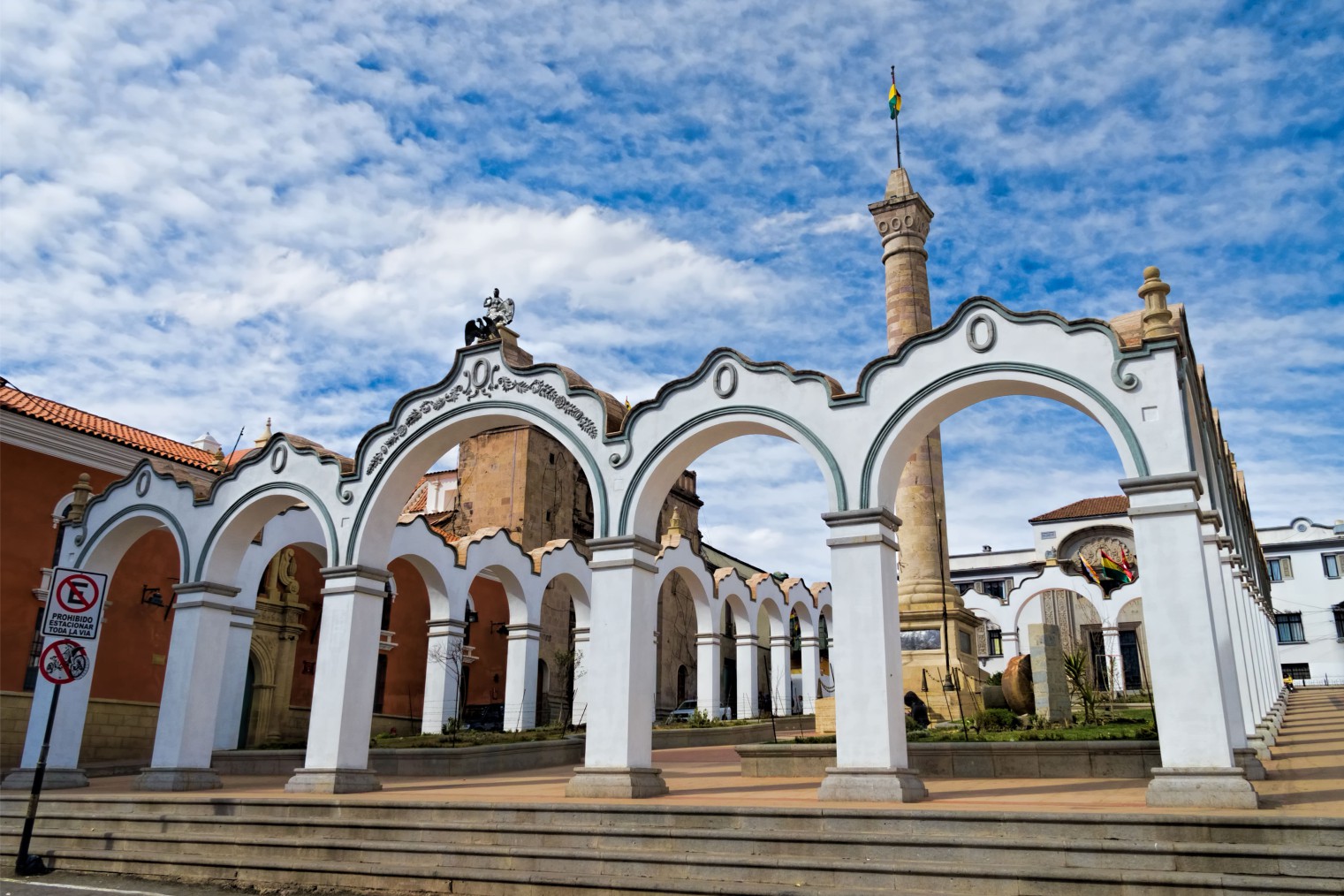 Potosí (map), at around 4,000 metres, is one of the world’s highest large cities.

For centuries, it was the location of the Spanish colonial silver mint. A considerable amount of the city’s colonial architecture has been preserved in the historic center of the city, which – along with the globally important Cerro Rico de Potosí – are part of a designated UNESCO World Heritage Site.

Potosí was founded in 1546 after the discovery of the rich silver deposits in the Cerro Rico. It soon became one of the wealthiest and largest cities in the Americas. The mines of the Cerro Rico are the richest mines in all of world history and may have produced 60,000 tons of silver.

Casa Nacional de Moneda (National Mint of Bolivia, map) is de former royal mint of Spain, which now houses one of the best museums in South America. The museum has a collection of religious art, contempary art, local minerals, and well-preserved artifacts covering several hundred years of technologies from it’s time as the mint.

BUS >  Bus transportation in Bolivia is a nice cheap way to get to see the beautiful scenery while traveling to your destination. Unfortunately the buses often travel solely at night. Buses generally do not need to be booked ahead, especially for common distances served by many companies.