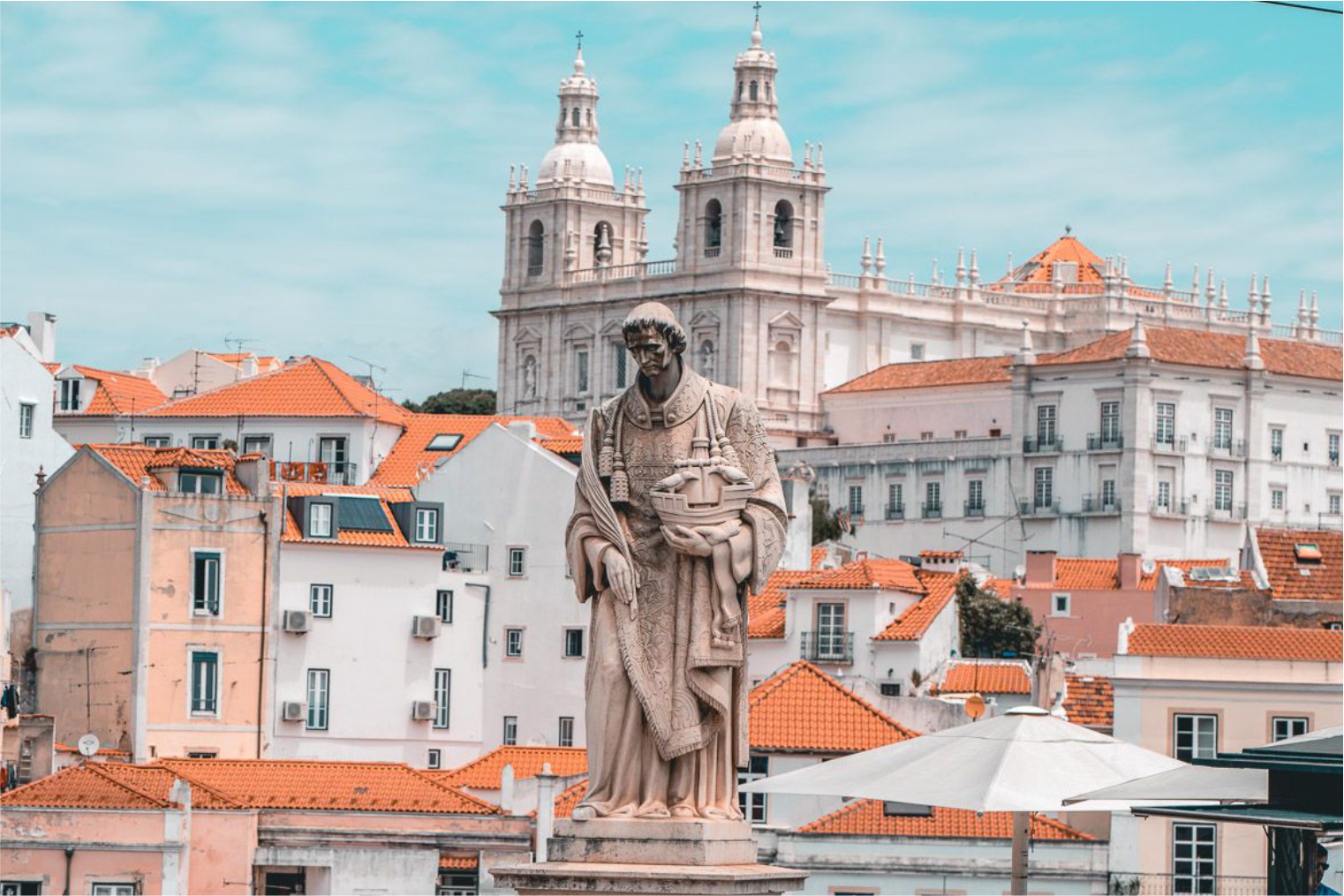 Inhabited by pre-Celtic and Celtic peoples, visited by Phoenicians-Carthaginians, Ancient Greeks and ruled by the Romans, who were followed by the invasions of the Suebi and Visigothic Germanic peoples. Portugal has left a profound cultural, architectural and linguistic influence across the globe.

The most popular destinations were Lisbon, Porto, Fátima, the *Portuguese Riviera and the Algarve.

Rail travel in Portugal is usually slightly faster than travel by bus, but services are less frequent and cost more. >> Comboios de Portugal. As a rule of thumb, if one is traveling by rail within Portugal or internationally, the main railway junction is in Entroncamento (map), from here all lines branch out and all trains make a stop.

Rede Expressos is one of the largest inter-city bus companies.