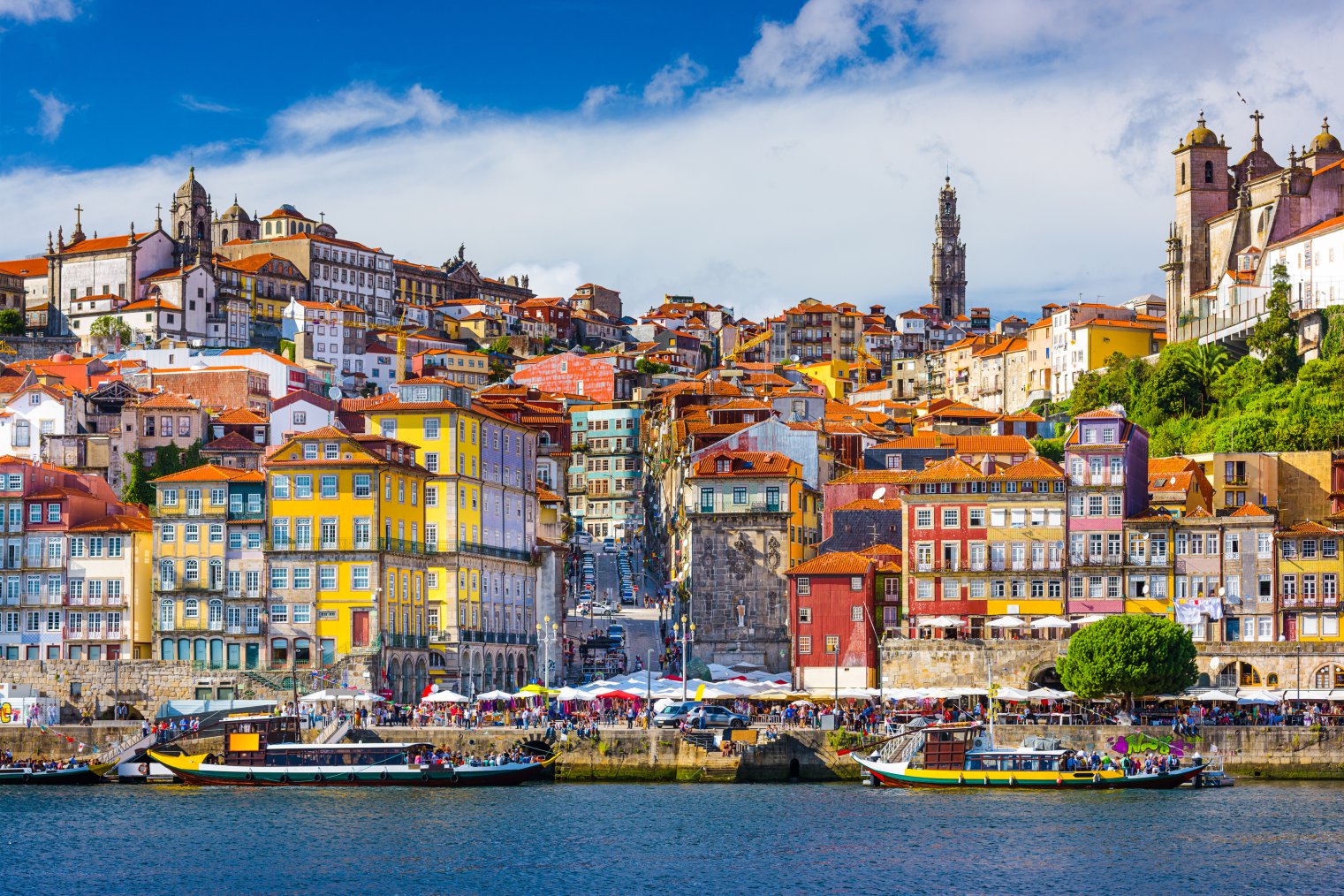 Porto (map) is Portugal’s second largest city and the capital of the *Northern region. The city isn’t very populous (about 240,000 inhabitants), but the Porto metropolitan area has some 2 million inhabitants in a 50-km radius.

The city is built at the high ground overlooking the Douro River estuary’s northern side, and its historical centre was declared a UNESCO World Heritage Site in 1996. The historic area is also a National Monument of Portugal. It has been continuously inhabited since at least the 4th century BC.

The city is quite varied architecturally, with medieval and modern buildings side by side. Porto’s geography is hard on the feet, but pleasant to the eye.

Porto is a mysterious city that reveals its charm to the visitor through time. Take your time, wander through the mazes and alleys of the city. Take in the old, bohemian spirit of the city. Hike through the Ribeira (timeout.com, map) and Foz do Douro (map) regions (the latter, at sunset).

Porto may not be in every tourist’s Iberian Peninsula itinerary, but it’s well worth a visit if you want to see a city that has changed economically, but that has kept its old traditions.

Porto is dotted with thousands of different bakeries (Pão Quente) and pastry shops (Pastelarias). Apart from serving delicious (and quite inexpensive) goods, they are also equipped with a side-cafe that serves all sorts of coffees (Pingo, Meia de Leite, etc.) and sandwiches (Tosta Mista-ham and cheese toastie).

The main areas for bars are Praça de Ceuta (map) to the north, through the station surrounds to Ribeira further south.

Palácio da Bolsa (map). It also contains the most impressive Arab room in the country. There is also a Port wine tasting room.

Sé do Porto (Porto Cathedral, map). This Romanesque cathedral was originally completed in the 13th century. Later on Baroque alterations were made in the 17th and 18th century. The cathedral is located on top of a hill from where you also have great views over the city and the river. Free.

Livraria Lello (map). It’s an old bookshop with an amazing interior and spiral staircase. Voted as one of the most beautiful bookshops in Europe.

Ribeira (map). The part of the city near the river, which is also a good place to start visiting the World Heritage area; to the other side of the river you will see the Ribeira de Gaia, a similar area from the city of Vila Nova de Gaia (map).

Fundação de Serralves (Modern Art Museum, map). A contemporary museum designed by the famous architect Álvaro Siza, with a huge garden/park and an Art Deco Villa. When visiting this foundation you can visit the exhibitions, relax at the park, have lunch at the restaurant, bar or tea house and explore the shops or the library.

Within the old city centre, inexpensive to reasonable priced eating houses catering mostly for residents are also easily found for both lunch and dinner, these places welcome foreigners and many take special pride in hosting you.

A good tip is taking the bus or subway to Matosinhos in July, there will be the fish festival (matosinhoswbf.pt). Freshly caught fish is being served the same day at barbecues lined up in the streets just a few blocks from the main beach. You choose a fish (only whole fish) and they prepare it on the streets for you – not a fancy restaurant, but together with the local people you are eating the best tasting fish you ever had! Try a dourada, it is delicious.

BUS >   Rede Expressos is one of the largest inter-city bus companies.

RAIL >   Comboios de Portugal. As a rule of thumb, if one is traveling by rail within Portugal or internationally, the main railway junction is in Entroncamento (map), from here all lines branch out and all trains make a stop.