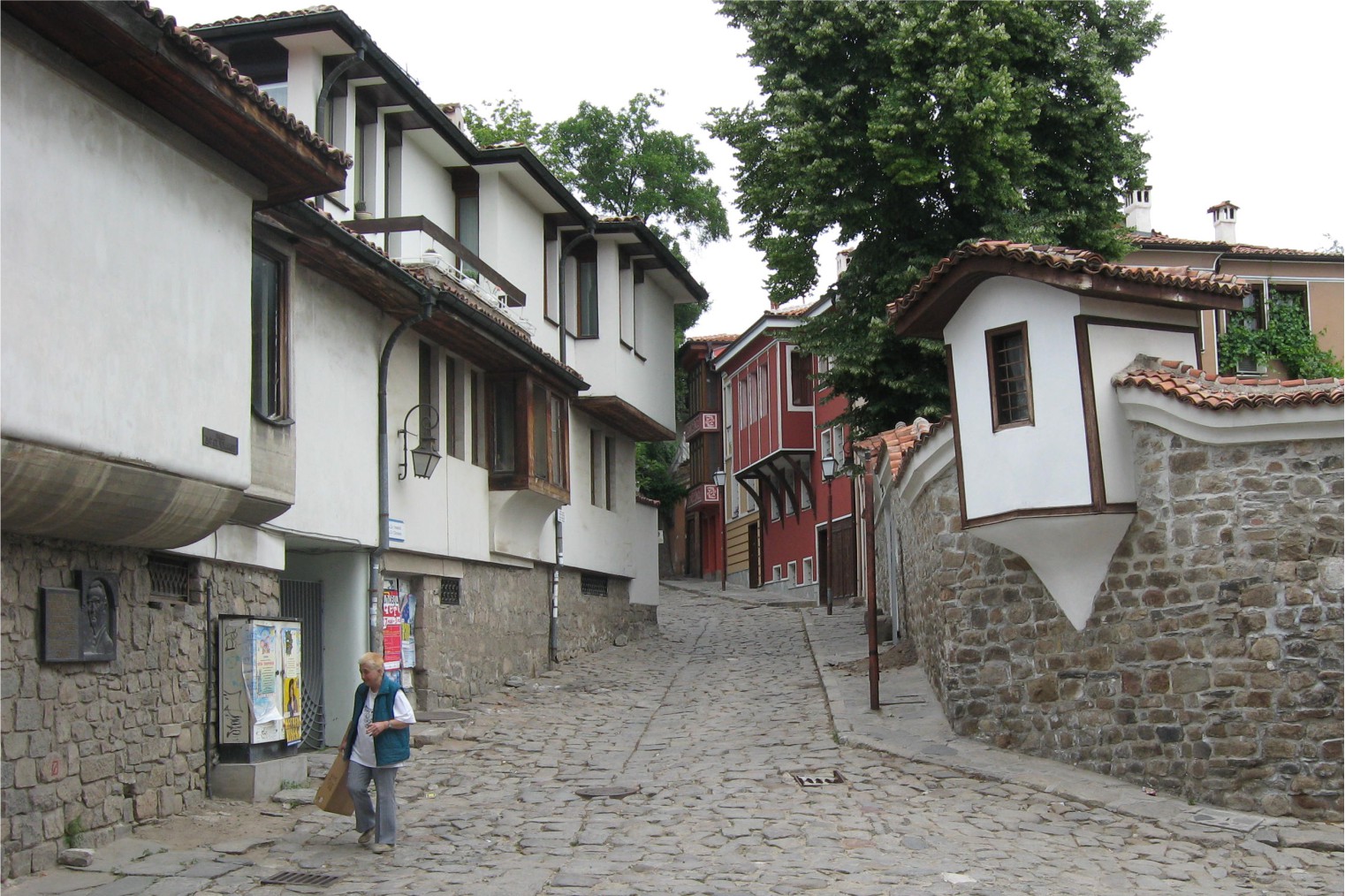 Plovdiv (map) is the second-largest city in Bulgaria, and one of the two oldest cities in Europe, standing on the banks of the Maritsa river in the historical region of *Thrace.

Plovdiv is perhaps the oldest continually inhabited city in Europe, whose history began around 6000 BC. It used to have seven tall hills, some of which were used for quarries.

The city has more than 200 archaeological sites, 30 of which are of national importance. Old Plovdiv is compact and walkable, with the main downtown road blocked to car traffic.

*Old Town (map) – Another must is the old town of Plovdiv which is full of art, free of cars and very enjoyable. Go take a walk. Try it at day, try it at night – it’s amazing. Try some of the bars – there are life performances sometimes there. You might be even lucky enough to catch an opera performance in the old Roman theater. The old town in Plovdiv is included in UNESCO World Heritage tentative list since 2004.

Roman Amphitheatre / Roman theatre of Philippopolis (map). The Roman Amphitheatre, discovered in the 1970s during a construction project, is part of the pedestrian zone, and typically has merchants selling art and other items nearby.

The Archaeological Museum (map) was established in 1882 as the People’s Museum of Eastern Rumelia. In 1928 the museum was moved to a 19th-century edifice on Saedinenie Square built by Plovdiv architect Josef Schnitter. The museum contains a rich collection of Thracian art. The three sections “Prehistory”, “Antiquity”, and “Middle Ages” contain precious artifacts from the Paleolithic to the early Ottoman period (15th–16th centuries).

The Plovdiv Regional Historical Museum (map) was founded in 1951 as a scientific and cultural institute for collecting, saving, and researching historical evidence about Plovdiv and the surrounding region from 16th to 20th centuries.

RAIL >   Bulgarian State Railways. There are around 15 daily trains to and from Sofia, taking 2 to 4 hours – the slower trains may require a change.