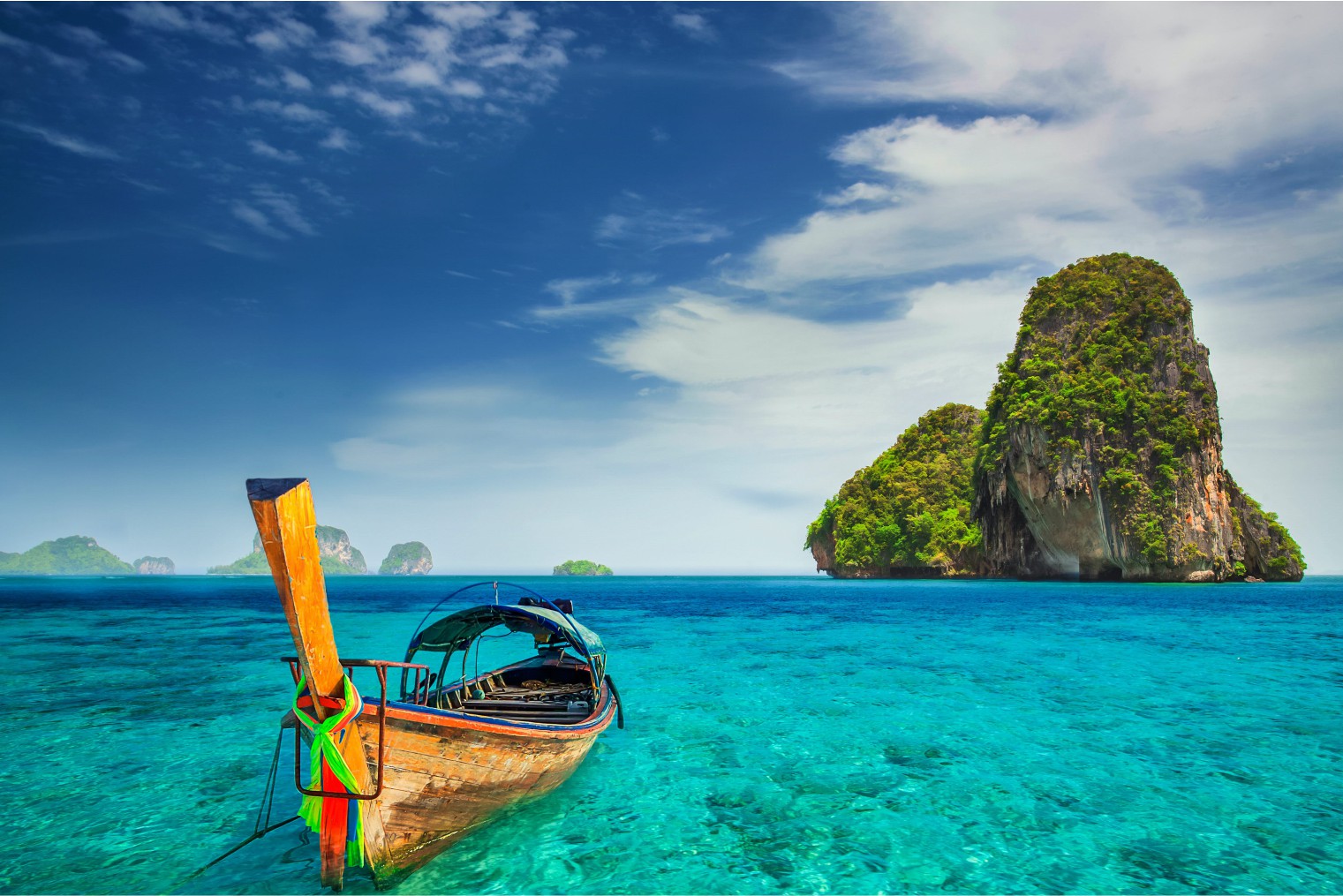 Phuket (ภูเก็ต, map) is Thailand’s largest island, approximately 863 kilometres (536 mi) south of Bangkok. It is 48 km in length, 21 km at its widest, and is in Southern Thailand, on the west-facing Andaman Sea coastline.

The island was on one of the major trading routes between India and China, and was frequently mentioned in foreign ships’ logs of Portuguese, French, Dutch, and English traders, but was never colonised by a European power.

The most popular (and overcrowded) tourist area on Phuket is *Patong Beach (map) on the central west coast, perhaps owing to the easy access to its wide and long beach. Most of Phuket’s nightlife and its shopping is in Patong.

Phuket is a melange of Buddhists, Thai-Chinese, Muslims, and Moken people. The majority of the population in the rural areas is Muslim.

Phuket Old Town (map). The main streets of Old Town are Thalang, Phang Nga, Krabi, Dibuk, and Yoawarat. Old Town is noted for Sino-Portuguese buildings on both sides of the street. Many old buildings have been converted into shops, hotels, restaurants, and museums.

Destinations >> Aquaria Phuket opened on August 24, 2019. Hat Karon (หาดกะรน, map) is the second largest of Phuket’s tourist beaches, approximately 20 kilometres (12 mi) from town. Freedom Beach (map), one of the prettiest beaches in the island, with incredibly soft white sand and clear blue waters. It is just a few minutes away from Patong Beach, accessible by boat or hiking.

There is a night market that opens from Th-Su (map), a couple of traffic lights past the Central Festival shopping mall. You can buy many things from clothes to jewellery to sunglasses. A great place to visit during your stay.

Food in Phuket is surprisingly cosmopolitan, especially in Patong, as many foreigners have set up shop to cater to their fellow travellers. Cashew nuts and pineapples are grown in Phuket and available all year round. The nuts are available dried, fried, or coated. Phuket pineapples are some of the most delectable, sweet and firm available.

The hot season is generally considered to be from Mar to early May. During the summer monsoon season from May-Oct, mornings and afternoons are sunny and clear, but it tends to rain in the evenings and water clarity goes down. Locals consider Nov-Feb the “cool” season, and the weather is quite tolerable.

RAIL >   Travellers by train must get off at Phun Phin railway station (map) and continue for another 5 hours by regular bus to Phuket. Do not buy the bus ticket until you actually see the bus and can make sure it is not standing room only, as it picks up passengers at the popular Ko Samui ferry. If full, wait for the next one.