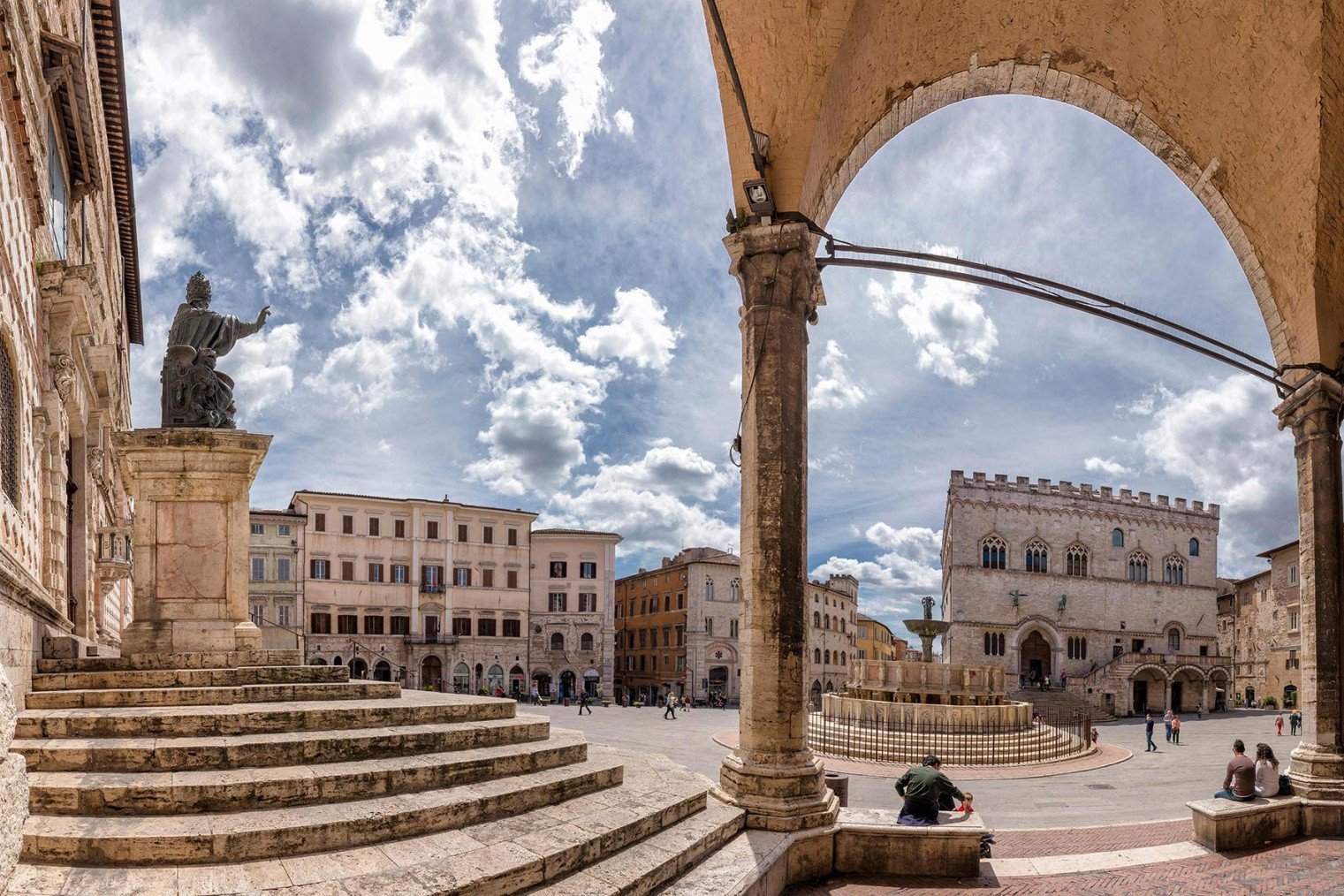 Perugia (map) is the capital city of Umbria in central Italy. The city is located about 164 kilometres (102 miles) north of Rome and 148 km (92 miles) southeast of Florence. It covers a high hilltop and part of the valleys around the area.

Within the central area getting around on foot is best, although some of the hills can be a bit steep and you will need to be fit. There is probably no city in the world that better rewards the casual explorer in the sheer variety of its streetscapes.

The painter Pietro Vannucci, nicknamed *Perugino, was a native of Città della Pieve, near Perugia. He decorated the local Sala del Cambio with a series of frescoes; eight of his pictures can also be seen in the National Gallery of Umbria (map). Perugino was the teacher of Raphael, the great Renaissance artist who produced five paintings in Perugia (today no longer in the city) and one fresco.

Perugia Cathedral (map). From the establishment of the bishopric, a cathedral existed in Perugia in different locations, until, in 936-1060, a new edifice, corresponding to the transept of the present cathedral, was built here. The current cathedral, dedicated from the beginning as the Cathedral of San Lorenzo and Sant’Ercolano dates from a project of 1300 by Fra Bevignate that was initiated in 1345 and completed in 1490.

*San Domenico (map) A church, titled the Pieve di Santo Stefano del Castellare, was present at the site since about the 5th century. Construction of the precursor to the present church, also known as San Domenico Vecchio, began in 1304, and was constructed over the pre-existing church which had become inadequate after the growth of the Dominican Order.

The annexed cloister houses the National Archaeological Museum of Umbria (map), with pre-historic, Roman and Etruscan items excavated in Umbria.

The *Palazzo dei Priori (map), one of Italy’s greatest buildings,  it’s the seat of the *Galleria Nazionale dell’Umbria.