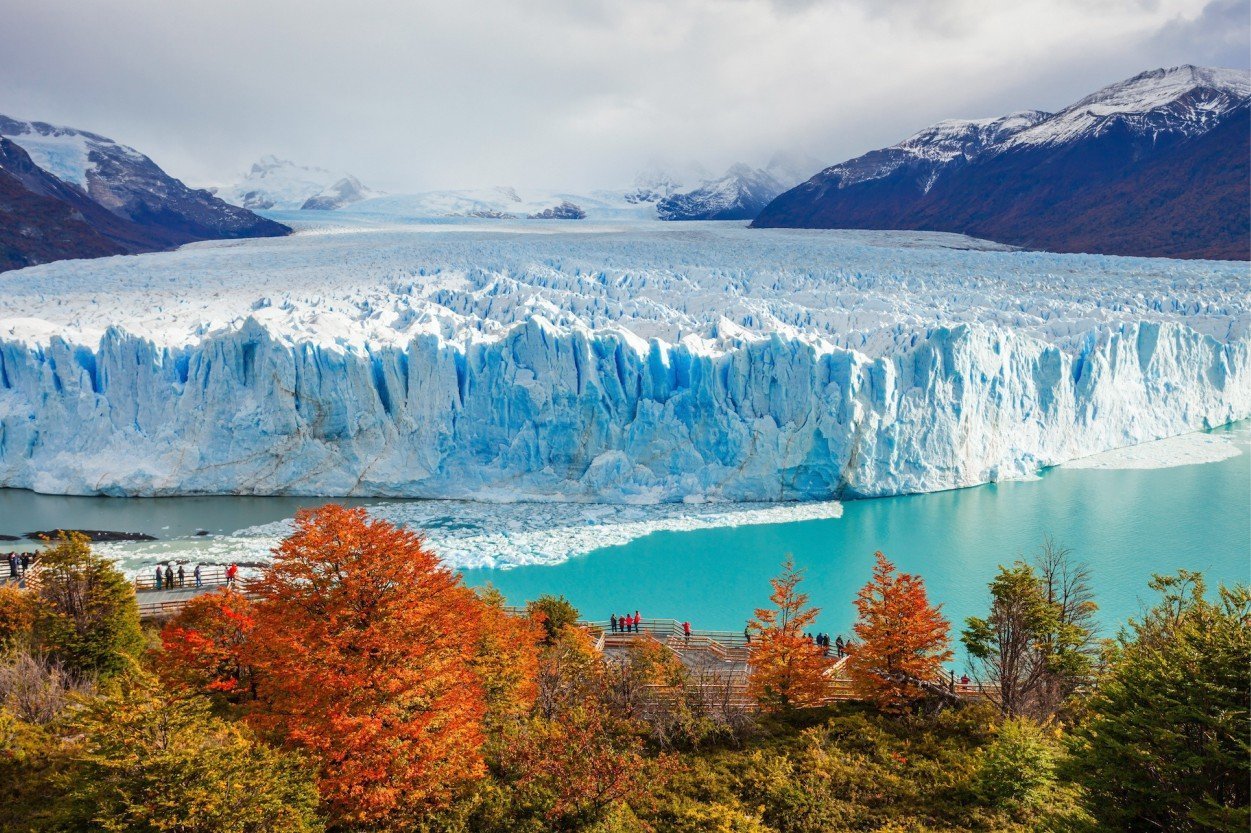 The Perito Moreno Glacier (Glaciar Perito Moreno, map) is a glacier located in the Los Glaciares National Park in southwest Santa Cruz Province, Argentina. It is one of the most important tourist attractions in the *Argentinian Patagonia.

You can see the enormous glacier just meters away from you, and listen all the sounds that the cracking ice makes 24 hours a day. And when a front wall of the glacier falls down, well, it is simply breathtaking!

Despite most of the innumerable glaciers worldwide retreating, one of the few unusual glaciers that maintains in a state of equilibrium is the Perito Moreno Glacier because it continues to accumulate mass at a rate similar to that of its loss.

The Perito Moreno Glacier, located 78 kilometres (48 mi) from El Calafate (map). El Calafate has grown due to the tourist influx into Patagonia. It is set on the glacial blue Lago Argentina and is full of eager trekkers.

Due to its size and accessibility, Perito Moreno is one of the major tourist attractions in southern Patagonia and the rupture of this glacier is considered one of the most impressive natural spectacles in the world.

The glacier advances between June and December and recedes between December and April. The formation of an ice barrier is a complex process, since there is a feedback mechanism between the glacier and the lake, which affects the oscillations of the position of the glacial front in a fairly stable way.

Food is expensive mainly due to the remote location of the city. There are several supermarkets in town, including a big one (“Anonyma”) at the Eastern end of the main street, with fair prices. It remains open at least until 9PM (except on Sunday). Buy your food for your tours in advance, because on ruta 40 and in the glacier national park there are almost no places to buy food.

How to get here (losglaciares.com)