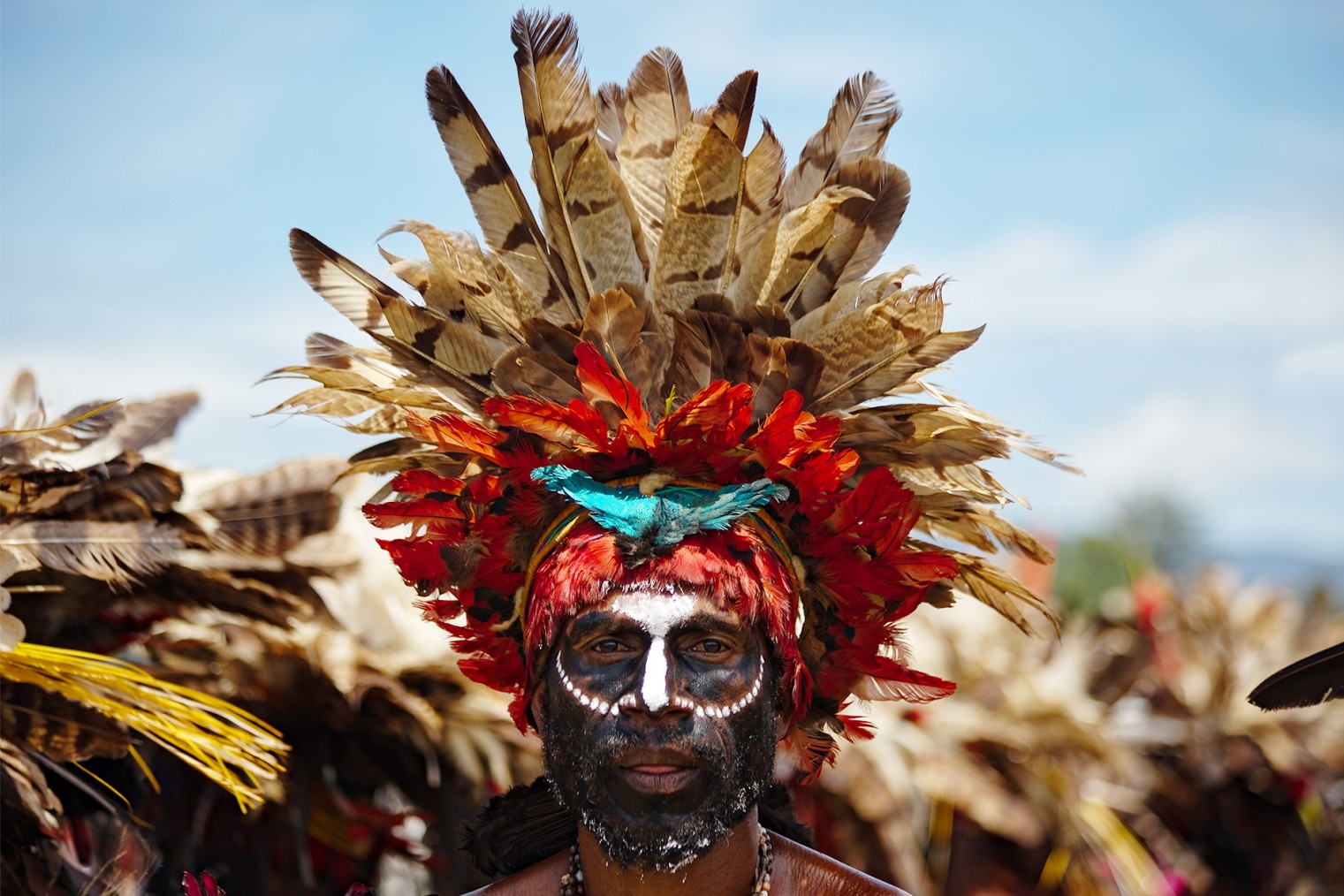 Independent State of Papua New Guinea is a sovereign state in Oceania that occupies the eastern half of the island of New Guinea (map) and its offshore islands in Melanesia. Its capital, located along its southeastern coast, is *Port Moresby (map). Papua New Guinea is one of the most culturally diverse countries in the world.

Seashells are no longer the currency of Papua New Guinea, as they were in some regions—sea shells were abolished as currency in 1933.

*Goroka (map) — an attractive highland town with pleasant climate and the annual Goroka Show, centre of the country’s coffee industry. *Mount Hagen (map) — the ‘wild-west’ frontier town in the Highlands, which will introduce you to the cool, crisp Highlands weather and Highlands culture.

Visa • Getting around • Places to Go • Safety tips

The country has a reputation as a risky destination in some circles (primarily Australian ones), predominantly because of the activities of criminal gangs (known in Tok Pisin as raskols) in major cities, especially in Port Moresby and Lae.

The Kokoda Trail is a 60-mile (97-kilometre) trail, beginning in the Port Moresby area and leading up into the Owen Stanley Range. This trail was first used by gold miners in the 1890s and is most known as a historical World War II site as the Japanese tried to reach Port Moresby along it. It takes between six and twelve days to hike this track, which includes plenty of ups and downs between mountain ridges and streams.