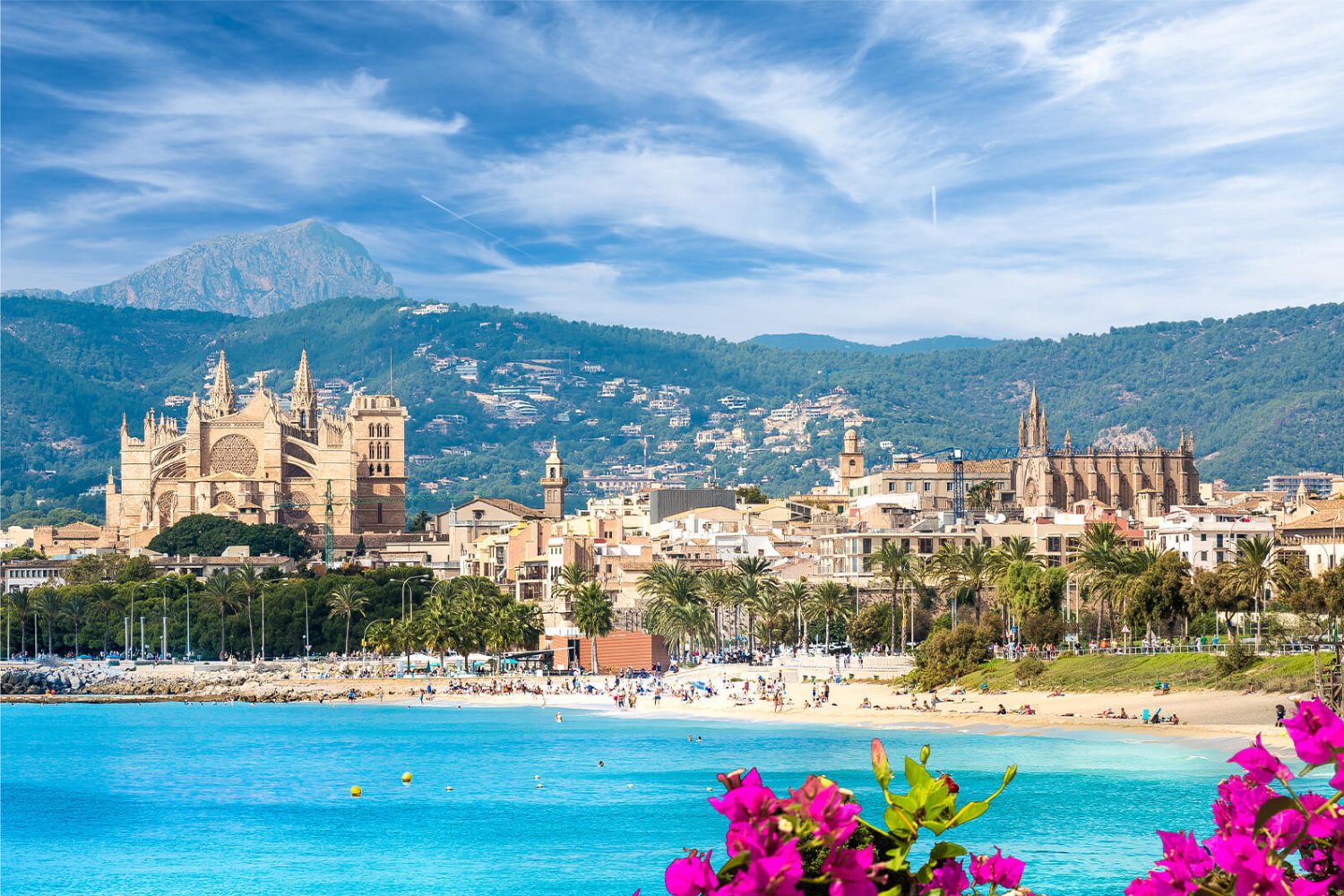 Palma de Mallorca (map) is the island’s only true city. A city on the island of Mallorca, one of the Balearic Islands (map) off the Spanish east coast. Mallorca is one of Europe’s major holiday destinations, with many tourists coming from everywhere, every year.

Palma is a city of modern hotel chains, and flashy shops, yet, is dated and still retains much of the old architecture, with the Old Town having narrow streets, and showing the restored cathedral standing proud in the centre of town.

Palma was founded as a Roman camp upon the remains of a Talaiotic settlement. The city was subjected to several Vandal raids during the fall of the Western Roman Empire, then reconquered by the Byzantine Empire, then colonised by the Moors.

The Plaça d’Espanya (map) is the transport hub of Palma. The Estació Intermodal caters for buses and trains. The two old buildings are home to the tourist information centre and several cafés sit either side of the two large escalators which lead into the Estació, which sits underneath a large and popular park.

The Old City (in the south-east area of Palma behind the cathedral, map) is a maze of streets clearly hinting at an Arab past. With the exception of a few streets and squares which allow traffic and are populated with tourists most of the time, the walkways of this city quarter are fairly narrow, quiet streets, surrounded by a diverse range of interesting buildings, the architecture of which is comparable to cities such as Florence.

Catedral de Mallorca (map). Mallorca’s spectacular cathedral is located close to the sea-side. The museum, located in the chapter room and vestry, has exhibits of religious paintings and silverware.

The majority are private houses, some of which are open to the public as discreet museums or galleries. The Old City is also home to the Ajuntament (or Town Hall, map), the Convent of the Cathedral and the Banys Àrabs (map).

The holiday season lasts from the end of April until October. Temperatures range from 20–28 °C (68–82 °F) and may require a jacket in the evenings.

The Palma City Sightseeing bus (which is numbered line 50 on the EMT bus maps) does a circuit of Palma that includes tourist attractions like Pueblo Español and major shopping centres like Av. Jaume III and Porto Pi, as well as the ferry and commercial ports.

How to get around Palma (visitpalma.com • Getting around Spain (spain.info)