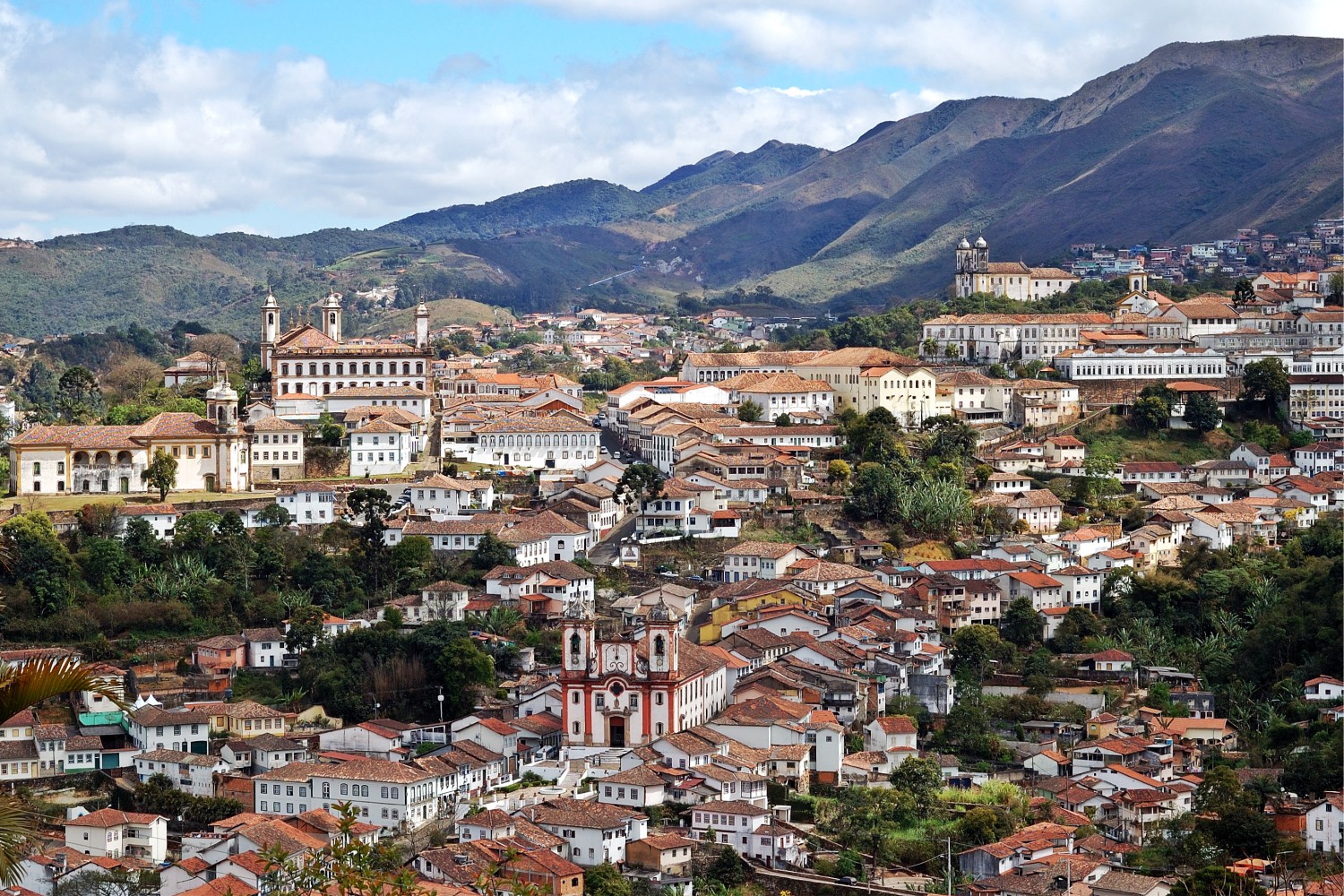 Ouro Preto (map), in the state of Minas Gerais, colonial towns and a UNESCO world heritage site. Among other historical and colonial cities of Minas Gerais (*Tiradentes, *São João del Rei, *Mariana and *Diamantina), Ouro Preto (formerly Vila Rica) is one of the most popular travel destinations in Brazil.

It is particularly noted for its churches, which are special not only for their architecture but also for the carved sculptures by *Aleijadinho, one of Brazil’s most celebrated artists.

Before diving into Ouro Preto’s history, the traveller must be aware that filming or taking picture inside museums and churches is not allowed.

The town’s small size and steep hills make walking the most convenient way of getting around the city center. Bring some good shoes and be prepared to huff and puff a bit, as the streets are cobbled and you will spend the day walking up and down steep hills.

Museu de Mineralogia (Museu de Ciência e Técnica da Escola de Minas, map). This mineralogy museum has a quite varied collection of minerals from quartz to diamond to uranium, including many rare specimens.

Capela do Padre Faria (map). Built in 1710, this is one of the oldest buildings in the region.

Igreja de Nossa Senhora do Pilar (map). The oldest church in the city was designed by one of Aleijadinho’s mentors and completed in 1731 to replace the original main church. Despite the rather stark outward appearance, the interior glistens with almost 1000 pounds (450 kg) of gold and almost 900 pounds (400 kg) of silver. The basement of the church holds the Museum of Sacred Art.

Matriz de Nossa Senhora da Conceição. This 1727 church is famous for its 8 lavishly decorated altars. The cemetery here has the grave of Aleijadinho, and the sacristy houses a museum dedicated to him.

The street carnival in Ouro Preto attracts thousands of people every year. Carnival blocks are the most traditional type of parade, where bands play across the town, followed by herds of paraders dressed up in costumes. The block Zé Pereira dos Lacaios, founded in 1867, is the oldest block that is still active in Brazil. Parades with samba schools also happen.

*Mariana (map). The oldest city and first capital of the state, another charmingly well-preserved colonial baroque town is only 18 km away. There is a direct regional bus that departs from the intercity bus station and the centre.

AIRPORTS >   The nearest convenient airports are those of Belo Horizonte, especially that of Confins. From there, you must get to Ouro Preto by car or bus.