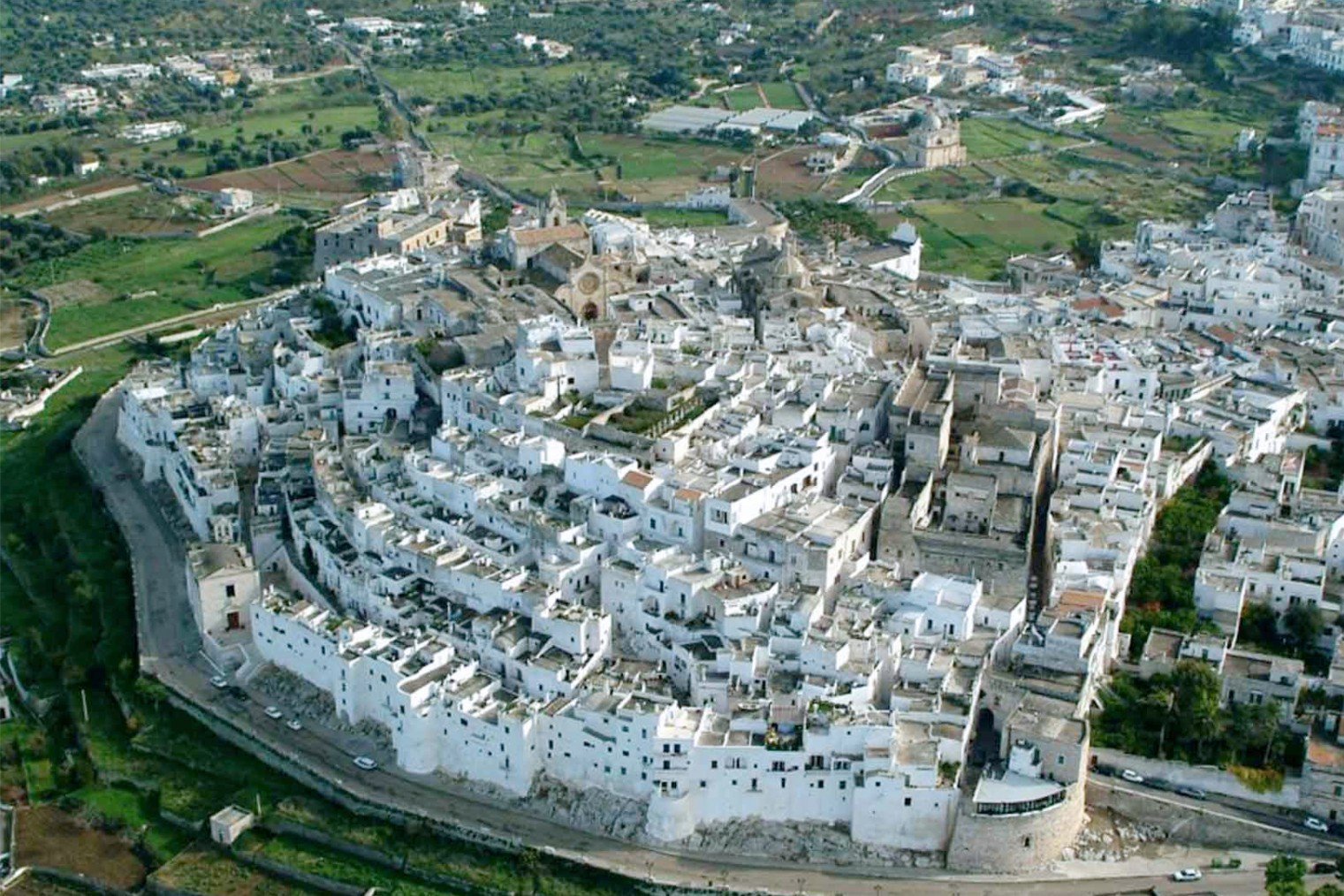 Ostuni (map) is a city and comune, located about 8 km from the coast, region of Apulia. Ostuni is commonly referred to as “the White Town” (La Città Bianca) due to the fact the vast majority of its houses, as well as the medieval walls, are painted white.

The town is reputed to have been originally established by the Messapii, a pre-classic tribe, and destroyed by Hannibal during the Punic Wars.

Monuments in their own right, the town’s largest buildings are the *Ostuni Cathedral (map) and the Bishop’s Palace, together with a number of palazzi of local aristocratic families.

In the surrounding countryside there are typical Pugliese “masserie”, fortified large estate-farms, one of which, San Domenico, was once held by the Knights of Malta.

The coast near Ostuni hosts a few good places to take in some sun or go for a dip; nearby spiaggia Torre Canne (map) is a favorite of the locals, although quieter spots abound as well.