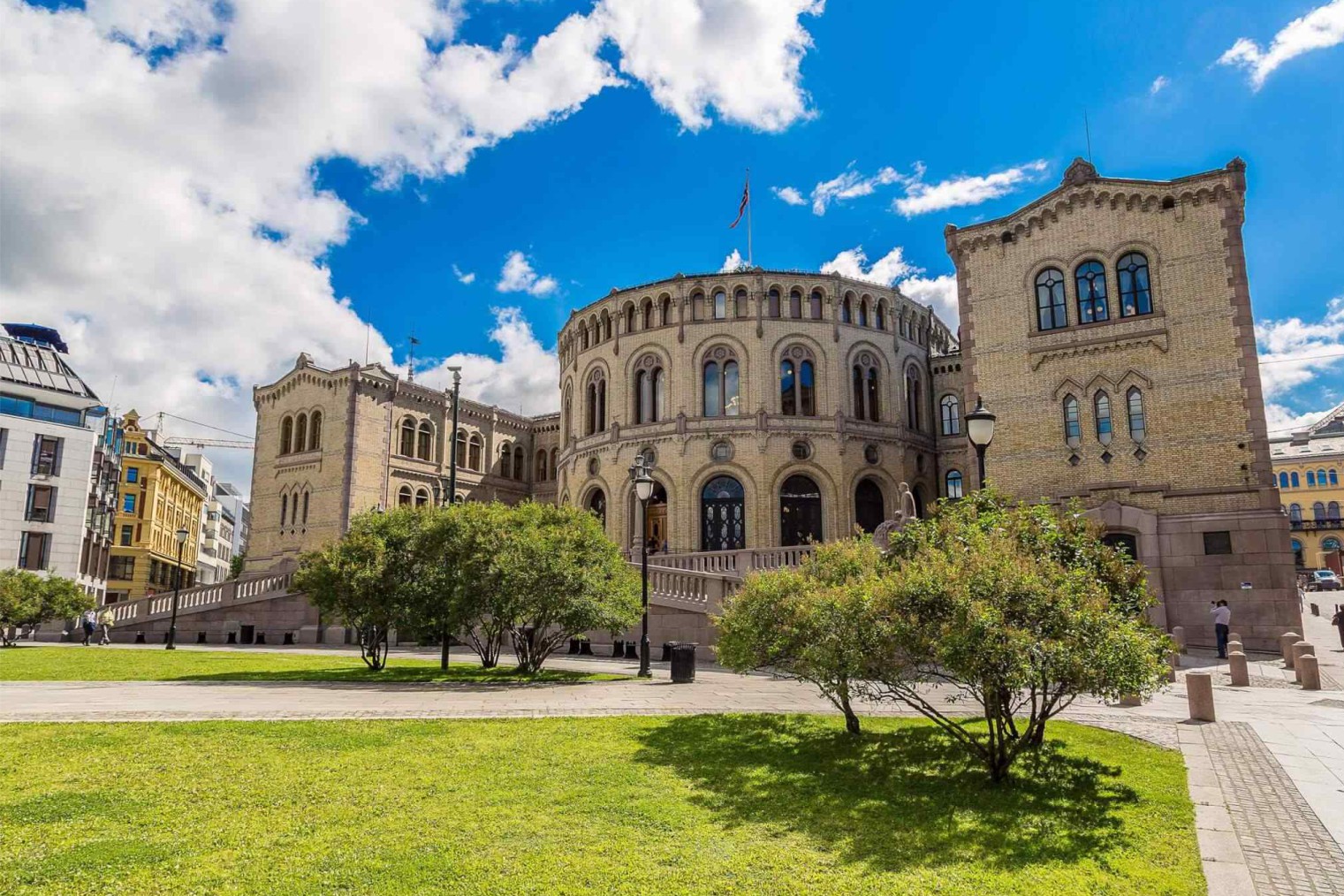 Oslo is the capital and most populous city of Norway. During the Viking Age the area was part of *Viken. Oslo was founded as a city at the end of the Viking Age in the year 1040 under the name Ánslo, and established as a kaupstad or trading place in 1048 by Harald Hardrada.

Oslo offers ski slopes for alpine skiing and ski trails for cross-country skiing in the winter. In the summer, the temperature in Oslo may make it comfortable to swim. While it is an expensive city for overseas visitors, many of the best things are free of charge, notably Oslo’s proximity to wild nature and variety of outdoor activities. It is surrounded by green hills and mountains and includes 40 islands and 343 lakes.

Most tourist attractions are concentrated in the city centre (Sentrum, map).

*Frogner Park (map) is a large park located a few minutes’ walk away from the city centre. This is the biggest and best-known park in Norway, with a large collection of sculptures by Gustav Vigeland (Vigeland Museum, map).

Folkemuseet (map) is dedicated to Folk art, Folk Dress, Sami culture and the viking culture. The outdoor museum contains 155 authentic old buildings from all parts of Norway, including a Stave Church.

The Munch Museum (map) contains The Scream and other works by *Edvard Munch.

+ Oslo Pass | The Oslo Pass gives you free entry to more than 30 museums and attractions, free travel on all public transport.

Explore the archipelago of the Inner Oslofjord. Islands with many beaches, hiking trails and sites of cultural heritage are just waiting to be discovered. In the summer there are ferries from the dock by the city hall to islands such as Hovedøya (map), Langøyene (map), Bleikøya (map), and Gressholmen (map). If you have a fishing rod, bring it along, as well as the picnic basket, sunglasses and possibly swimwear! (Freshwater fishing licence for Oslo)

Torggata (map) is a good area for budget dining (from Hausmanns gate south to Youngstorget). You will find cheap Vietnamese, Thai, and Chinese restaurants and even cheaper kebab-joints and pizzerias, as well as other offerings.

Camping are available at year round >> topcamp.no.

***The police advise that the area along the Akerselva river from Grønland to Cuba is best avoided after dark. It is known for instances of rape, muggings and drug dealing.

Ruter – public transport system in Oslo, consisting of buses, trams, local trains, metro (T-bane) and boats (Fjord Line). The Ruter website has timetables, maps, route planner and search engines for all city transport in Oslo, as well as all transport in the nearby counties of Akershus, Østfold, Oppland, Hedmark, Buskerud, Vestfold and Telemark.

CityMapper – Oslo | The ultimate transport app and technology for mobility in cities.

RAIL >   Local trains cover certain areas of the city (zone 1), and run out to the neighbouring municipalities and towns. The local train network spans across the city limits to neighbouring cities and towns. Oslo Central Station (map) acts as the central hub, and offers rail services to most major cities in southern Norway as well as Stockholm and Gothenburg in Sweden.

Train schedules can be found on the website of the Norwegian State Railways and the Swedish Railways. You can buy a Norwegian Rail Pass or the equivalent InterRail One Country Pass to travel relatively cheaply by train through Norway. If your itinerary is fixed and you don’t have too many destinations, it might be cheaper to buy ‘Minipris’ tickets online.