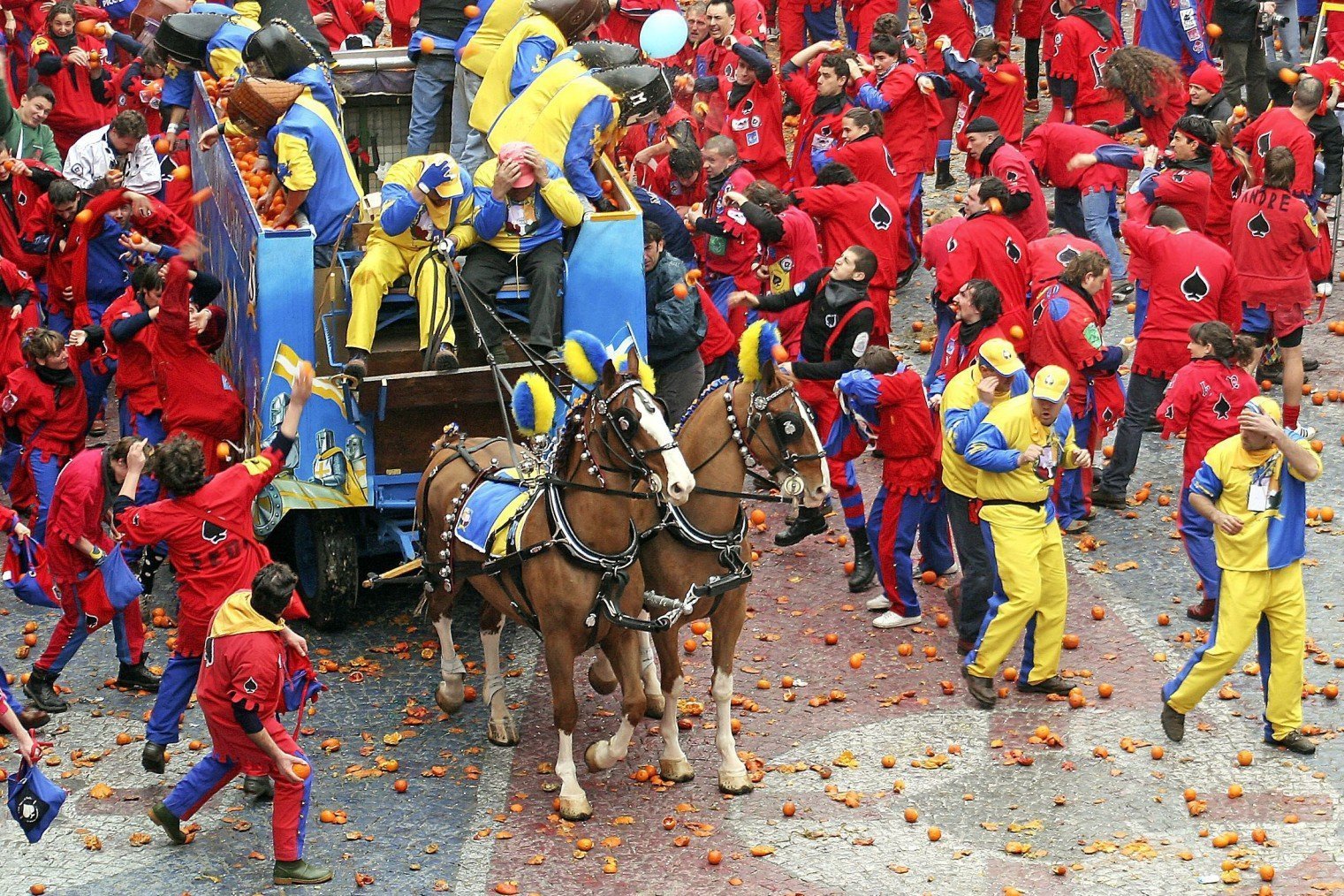 The Carnival of Ivrea is a festival in the Northern Italian city of Ivrea (map), which includes a tradition of throwing of oranges between organized groups, known as the Battle of the Oranges. It is the largest food fight in Italy and surrounding countries.

The core celebration is based on a locally famous Battle of the Oranges that involves some thousands of townspeople, divided into nine combat teams, who throw oranges at each other – with considerable violence – during the traditional carnival days: Sunday, Monday and Tuesday. The carnival takes place in February (occasionally in March): it ends on the night of Shrove Tuesday with a solemn funeral.

Regarding the origins, a popular account has it that the battle commemorates the city’s defiance against the city’s tyrant, who is either a member of the Ranieri family or a conflation of the 12th-century Ranieri di Biandrate and the 13th-century Marquis William VII of Montferrat.

This tyrant attempted to rape a young commoner (often specified as a miller’s daughter) on the evening of her wedding, supposedly exercising the droit du seigneur. The tyrant’s plan backfired when the young woman instead decapitated him, after which the populace stormed and burned the palace.

Each year, a young girl is chosen to play the part of Violetta, the defiant young woman.

!  Torta 900 – a very sweet chocolate cake whose recipe has been a closely guarded secret for over a century. The authentic Torta 900 can only be bought from the Balla cake shop (map).