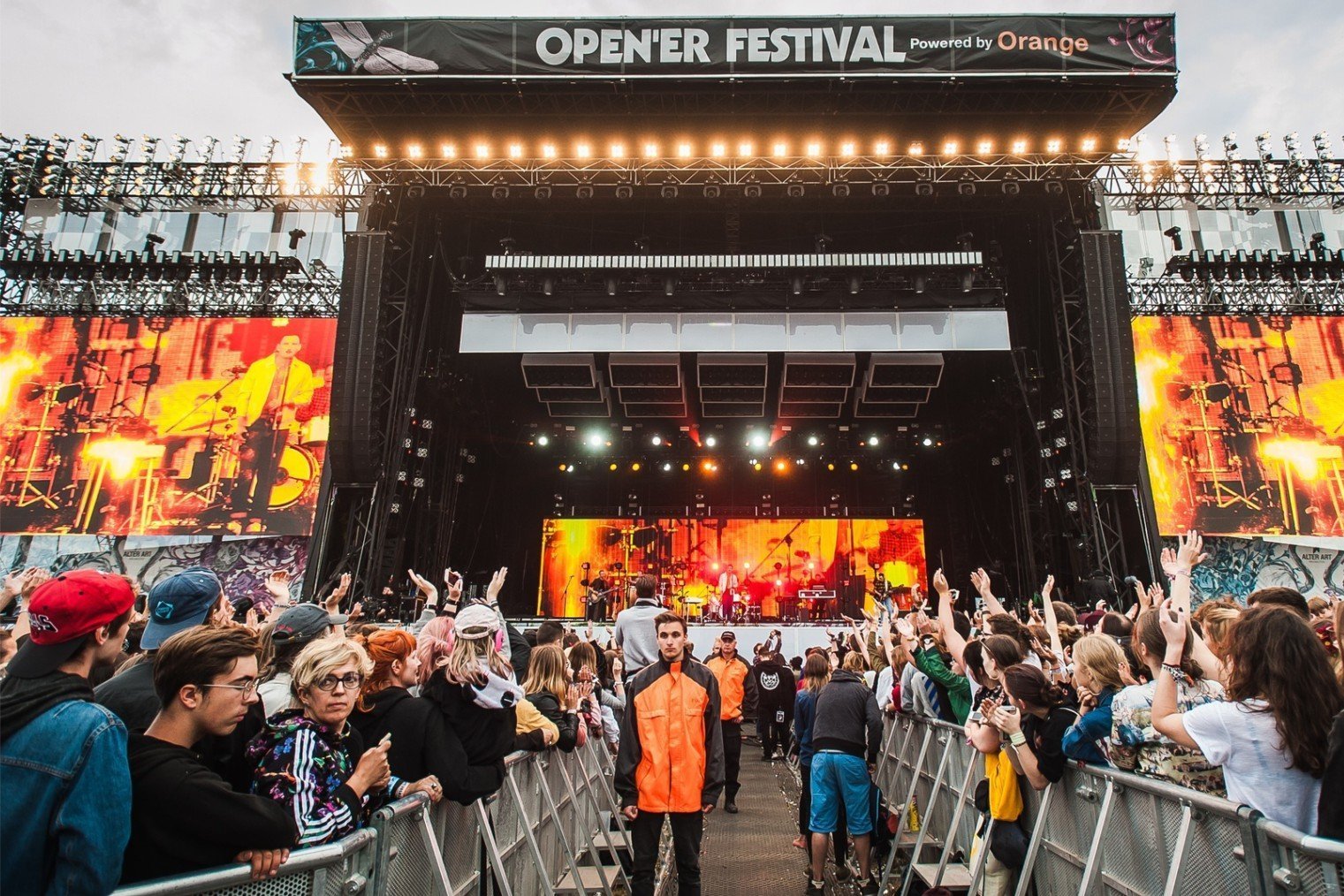 The Open’er Festival is a music festival which takes place on the north coast of Poland, in Gdynia. It is one of the biggest annual music festivals in Poland. Gdynia is a port city in northern Poland, together with nearby Gdańsk and Sopot.

The first Open Air Festival was held in Tor Stegny in Warsaw in 2002, with The Chemical Brothers playing on the main stage. Since 2006, the festival has taken place in Kosakowo Airport (Babie Doły Military Airport) in Gdynia (map).

Every year its line-up is filled with the most important international acts representing various music genres: hip hop, rock, pop, electronica and many more. The festival also offers many activities related to other fields of art. – theatre plays, films, fashion shows, meetings with writers and modern art exhibitions.

The area of Open’er Park consists of two Zones:

We kindly ask you to read the Open’er Park program – the schedule of the event includes a description of activities and concerts as well as the zones opening hours.

On the day of the Måneskin concert, Open’er Park is open only for Concert Zone ticket holders.

In the night when regular buses, trams, the metro and SKM do not run, a system of night bus lines will take you basically to every part of city. Most buses start and finish at the back of Central Railway Station (Dworzec Centralny, map).

AIRPORTS >   The nearest airport is in nearby Gdańsk Lech Wałęsa Airport, 25 km from the city centre. The airport is a popular destination for low-price flights from many European airports. Domestic flights are also available.

Chopin Airport (map) – located about 8 km from the city center. The bus line linking the airport with Śródmieście is 175. It is very useful for tourists arriving in Warsaw, as it stops by many tourist attractions and hotels. The fare is no different from any other bus line in Warsaw.