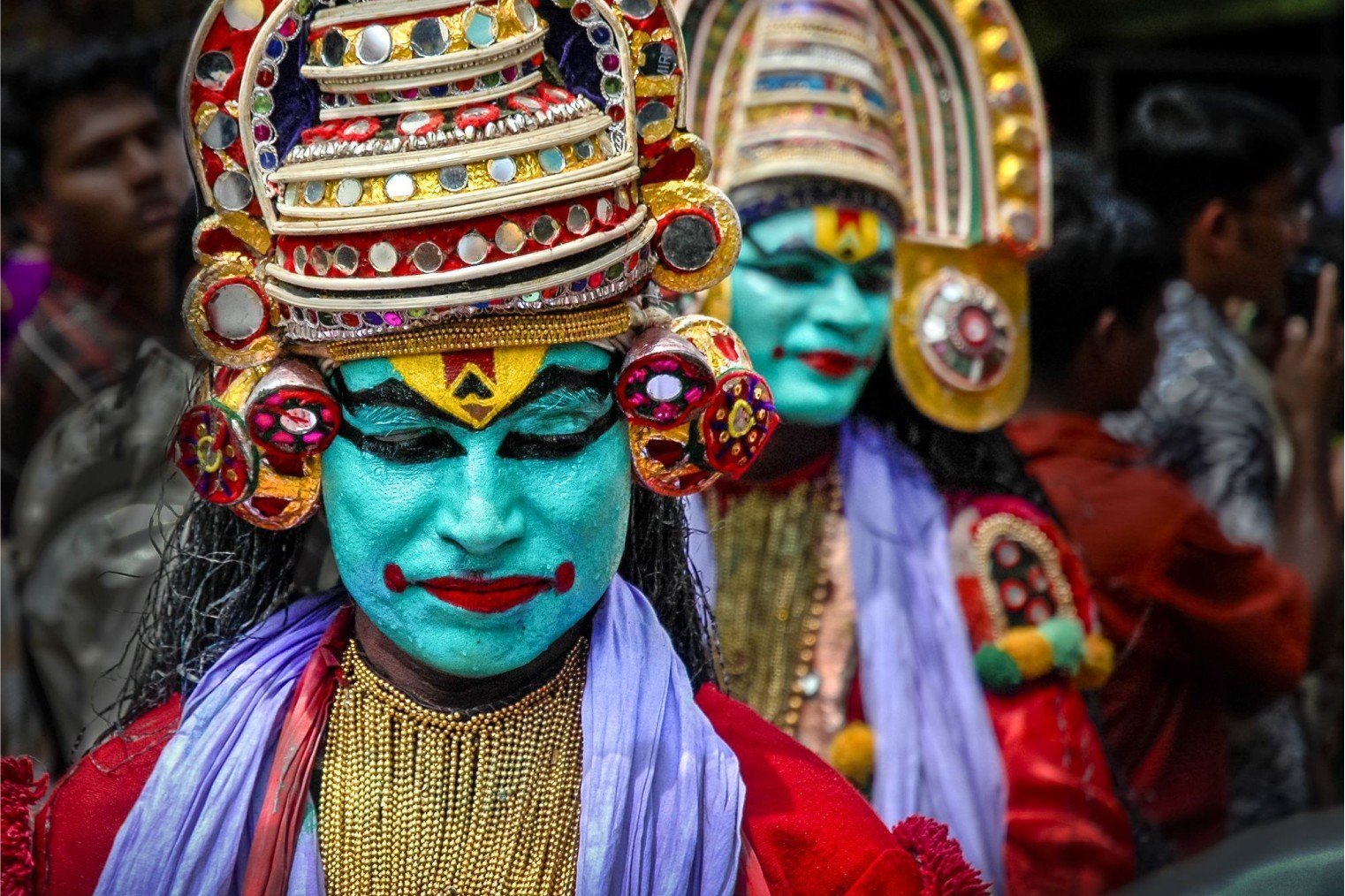 Onam is an annual Hindu harvest festival celebrated in the Indian state of *Kerala. A major annual event for Keralites, it is the official festival of the state and includes a spectrum of cultural events.

Onam falls in the month of Chingam, which is the first month according to the Malayalam Calendar. The celebrations mark the Malayalam New Year, are spread over ten days, and conclude with Thiruvonam. The first (Atham) and the last day (Thiruvonam) are particularly important in Kerala and to Malayalee communities elsewhere.

*Pulikali, also known as Kaduvakali is a common sight during the Onam season. This dance showcases performers painted like tigers in bright yellow, red and black, who dance to the beats of instruments like Chenda and Thakil.

The Atham day is marked with the start of festivities at *Vamanamoorthy Thrikkakara temple (map). This Vishnu temple is considered as the focal centre of Onam and the abode of Mahabali, with the raising of the festival flag. Parades are held, which are colourful and depict the elements of Kerala culture with floats and tableaux.

Normally, the largest chunk of Onam celebrations ends by Thiruvonam. However, the two days following Thiruvonam are also celebrated as Third and Fourth Onam. The third Onam, called Avvittom marks the preparations for King Mahabali’s return ascension to heavens. The main ritual of the day is to take the Onathappan statue which was placed in the middle of every Pookkalam during the past 10 days and immerse it in nearby rivers or sea. The Pookkalam will be cleaned and removed after this ritual.

*Thiruvananthapuram /  Trivandrum (map) is one of the oldest cities in India, with periodic references in many Greek and Roman literatures. This city came to the forefront when the Venad Dynasty rose to power in the southern regions, after the Great Partition of the Kerala Empire of Cheras in the 14th century.