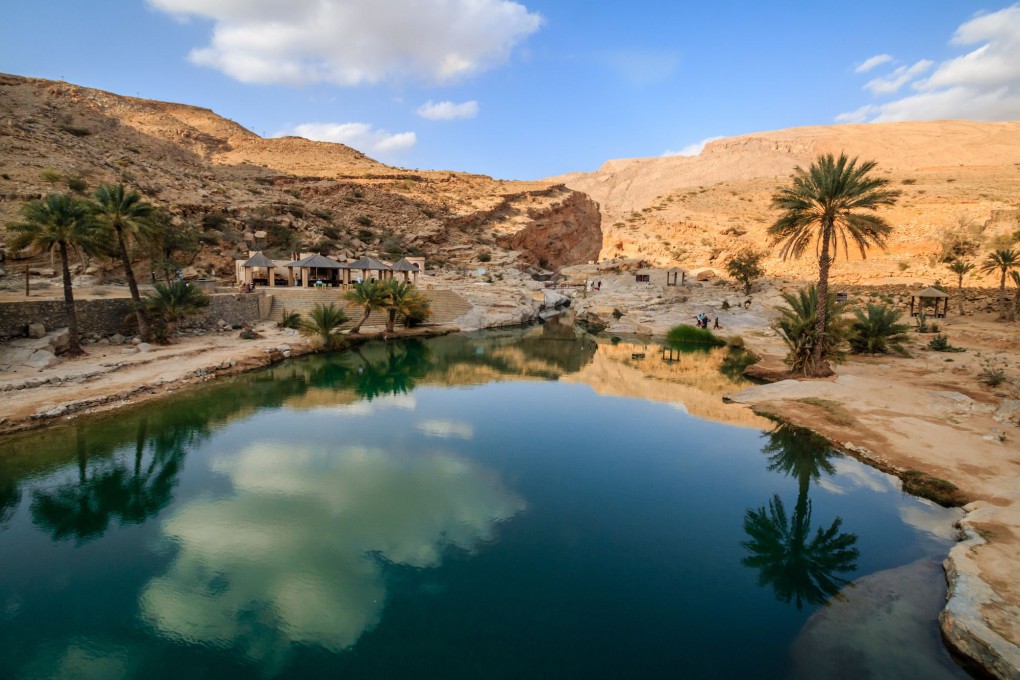 Sultanate of Oman (map) is a country on the southeastern coast of the Arabian Peninsula in Western Asia. Like the rest of the Persian Gulf, Oman generally has one of the hottest climates in the world—with summer temperatures in Muscat and northern Oman averaging 30 to 40 °C (86.0 to 104.0 °F).

Oman’s coast is lined with many beaches, with resort hotels on the coast west and east of *Muscat. *Bahla Fort (map) Part of the capital of the Nabhani dynasty, who dominated Oman and prospered in the Arabian Peninsula during the late Middle Ages.

Oman is famous for its historic forts which are the country’s most striking cultural landmarks. There are over 500 forts and towers which were the traditional defence and lookout points to deter potential invaders.

Visa • Regions • How to get around

The Muscat Festival is held annually in January and February. International exhibits and displays of traditional Omani lifestyle, art and culture are featured, with circus and street theatre productions also part of the event.

Mowasalat is state-operated public transportation company in Oman. The company operates bus lines which connect some of the major cities in Oman.