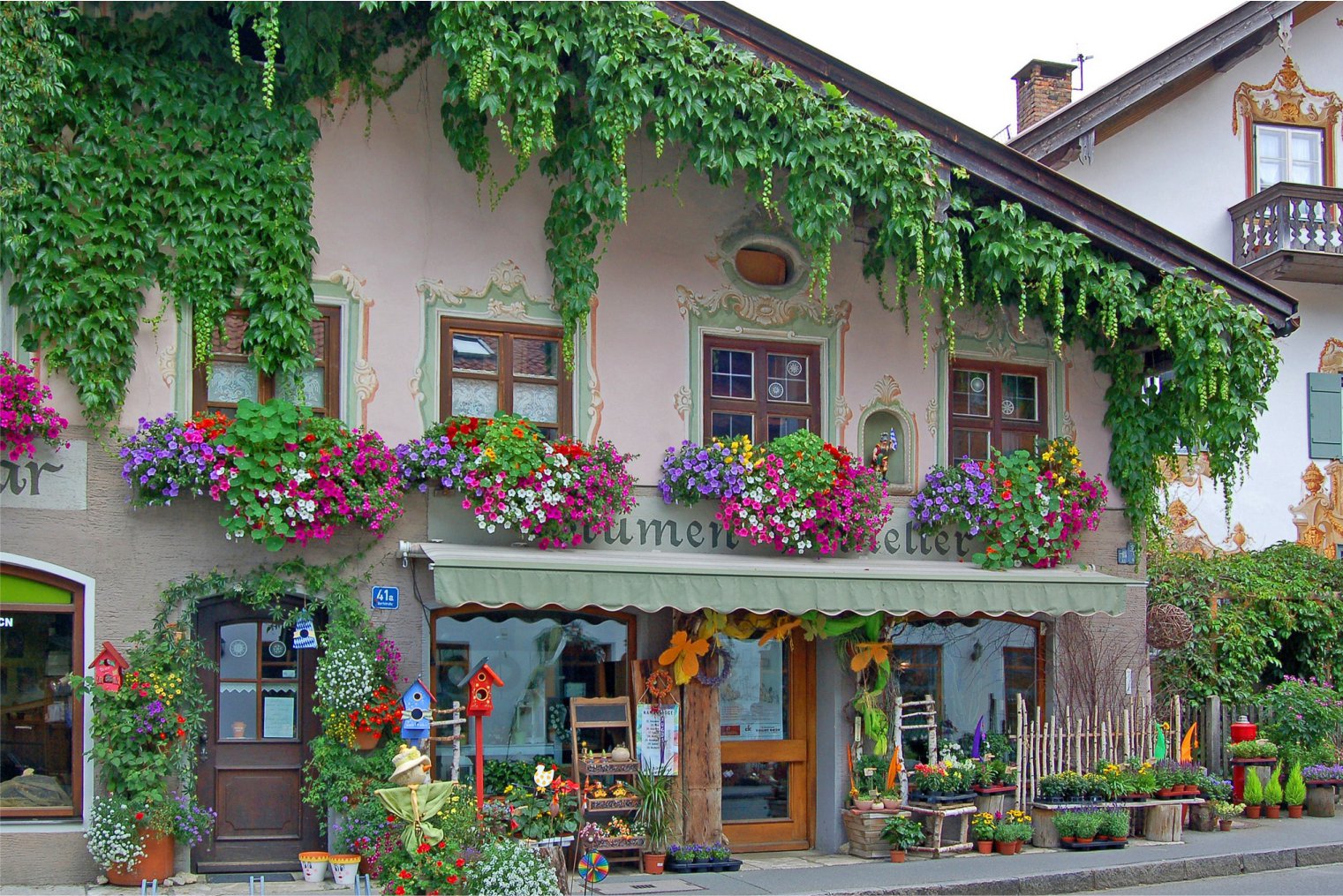 The small town on the Ammer River (map) is known for its woodcarvers and woodcarvings, and across the world for its 380-year tradition of mounting *Passion Plays.

Most of the buildings in Oberammergau have beautifully detailed murals on them, mostly of Biblically significant tableaux. The streets of central Oberammergau are home to dozens of woodcarver shops, with pieces ranging from religious subjects, to toys, to humorous portraits.

Oberammergau is also famous for its *Lüftlmalerei, or frescoes, of traditional Bavarian themes, fairy tales, religious scenes or architectural trompe-l’œil found on many homes and buildings. Lüftlmalerei is common in Upper Bavaria and its name may be derived from an Oberammergau house called Zum Lüftl, which was the home of facade painter Franz Seraph Zwinck (1748–1792).

Ettal Abbey (map) near Oberammergau ca. 5-7 km. Beautiful abbey, school, boarding school, and — believe it or not — a brewery. Walk the 7-km walk to the village of Ettal to visit the fantastic, working monastery that still operates its own brewery.

Linderhof Palace (map) One of King Ludwig II’s dream castles. It is one of the few finished castles the King actually used (at least as a holiday residence).

The *Oberammergau Passion Play was first performed in 1634. According to local legend, the play is performed every ten years because of a vow made by the inhabitants of the village that if God spared them from the effects of the bubonic plague then sweeping the region, they would perform a passion play every ten years.

The play has a major economic impact on Oberammergau. There is a local expression “Die Passion zahlt” (“The Passion Play will pay for it”) in explaining how the Oberammergau community financed construction of a new community swimming pool, community centre, and other civic improvements. Since 1930, the number of visitors has ranged from 420,000 to 530,000. Most tickets are sold as part of a package with one or two nights’ accommodation.

Oberammergau lies near the Bundesstraße 23, part of the Deutsche Alpenstrasse route. Its single-track, single platform railway station is the terminus of the *Ammergau Railway. Several Aerial lifts climb the nearby mountains