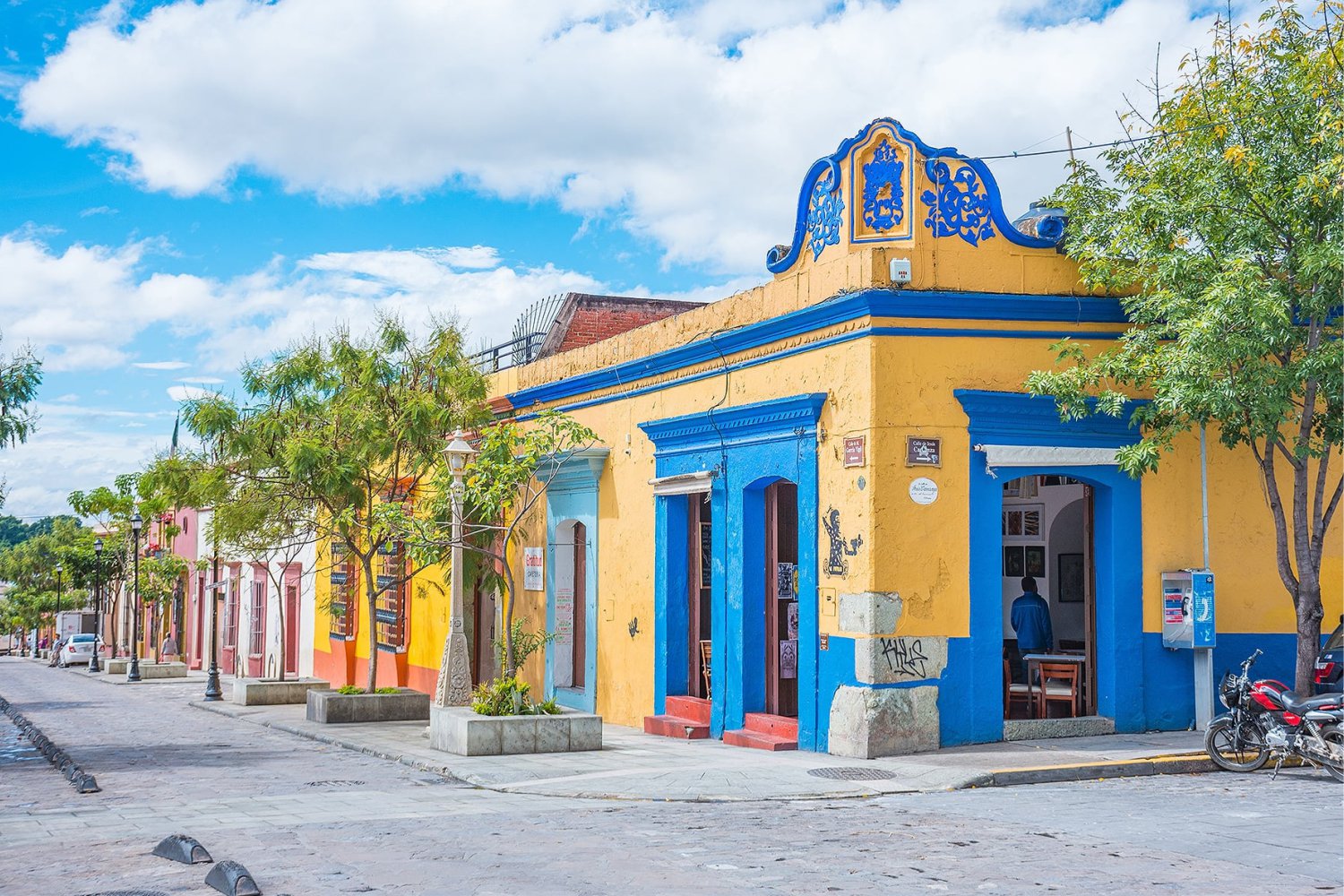 Located in the state with which it shares its name, Oaxaca de Juárez (map) is one of the most important destinations in Mexico, owing to its cultural, artistic, and culinary legacies.

A walk through its historical center (map) – designated a World Heritage Site and called the Verde Antequera on account of the majestic green quarry structures- is all that’s necessary in order to understand its popularity. The same is true for the Santo Domingo Cultural Center (map), notable for its former Dominican convent.

Oaxaca’s colorful and culturally-rich historical city center, along with the archeological ruins of *Monte Alban (map), is a UNESCO World Heritage Site.

The Macedonio Alcalá Tourist Corridor (map) is a street paved with green cantera. It was closed to traffic in 1985 and is now only open to pedestrian traffic. Along the street are notable places such as the original building to house the Universidad Autónoma Benito Juárez (map).

The Museo de Arte Contemporáneo (Museum of Contemporary Art, map) or MACO is located here as is the Plazuela (small plaza) Labastida and the Parroquia de la Preciosa Sangre de Cristo (Parish of the Precious Blood of Christ).

The Mercado (Market) Benito Juárez (map). It offers flowers, fruit, ices, fruit drinks, handcrafts, leather goods, hats and knives, among other things. The block to the south houses the Mercado (Market) 20 de Noviembre (map) which is the official name, but this market is commonly known as the “Mercado de la Comida (food)” because of the food stands that dominate the place. It is recommended by México Desconocido magazine for Oaxacan regional dishes.

The Guelaguetza, also known as the Fiestas de los Lunes del Cerro (Festivals of Mondays at the Hill) is the major cultural event in the city with origins in pre-Hispanic times.

One venue is the Church of Santo Domingo de Guzmán, where regional band come to play, dressed in colorful costumes as part of the opening ceremonies. They march from here to the Oaxaca Cathedral, where they are joined by folk dance groups such as the China Oaxaqueñas, the Chilenas de Pinotepa Nacional and the Jarabes Serranos. Another major event, which takes place at the Jardin Socrates, is a beauty pageant for indigenous women from different regions of Oaxaca state.

The city of Oaxaca has long been considered “Mexico’s culinary capital.” The most notable aspect of Oaxacan cuisine is its variety of moles, which are a type of complex sauce.

The city’s best weather doubtlessly occurs between January and May, as well as between October and November.