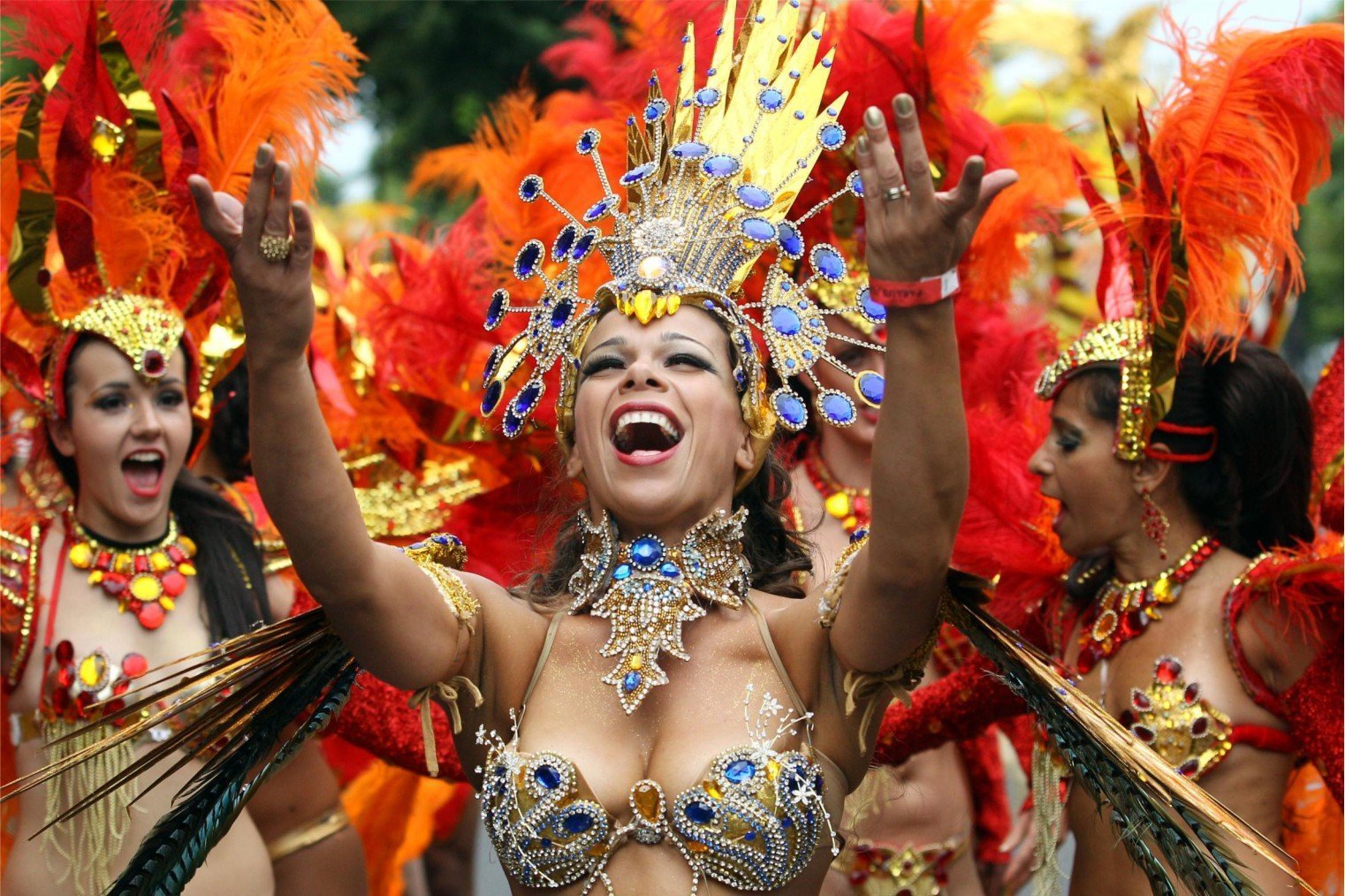 The Notting Hill Carnival is an annual Caribbean carnival event that has taken place in London since 1966 on the streets of the Notting Hill area (map) of Kensington, each August over two days (the August bank holiday Monday and the preceding Sunday).

Notting Hill is one of London’s most desirable and Instagrammable areas, with iconic pastel-coloured houses and a thriving market.

It is led by members of the British West Indian community, and attracts around two and a half million people annually, making it one of the world’s largest street festivals, and a significant event in Black British culture. The Carnival further diversified in 1984 with the appearance of the London School of Samba.

Make sure to get to Notting Hill early to grab a good spot. The underground stations and entrances get very busy later on. The best views are actually near the judges’ platform. The parade route starts on Great Western Road and finishes on Ladbroke Grove.

If you’re planning to visit the festival, allow extra time for your journey as a number of local Tube stations close or are subject to disruption. Extra buses are normally put on during the carnival weekend, but these are diverted away from the carnival route.

The carnival weekend takes place over two days. There is a UK National Panorama Steelband Competition on Saturday evening but the Carribean carnival officially starts on Sunday.

Sunday is typically known as ‘Children’s Day’ or ‘Family Day’. It is recommended for families, as there are significantly smaller crowds, as well as more kid-friendly floats, activities, and attractions. The event kicks off at 10 am with a traditional carnival opening performance, followed by the main attraction; the parade. After the main parade, you can catch the Children’s Parade, which continues into the night and showcases children dancing and performing in vibrant clothing and costumes.

Bank Holiday Monday will close out the event with a spectacular grand finale made up of street performances, dancers, live music and the Notting Hill Grand Finale Parade.

During the 2018 event, due to the rising levels of in violent crime in London, police deployed metal detectors to prevent weapons being brought to the event. During the event, 30 police officers were injured in the line of duty, 36 weapons were confiscated and 373 arrests were made by the Metropolitan Police Service.

Since 1987 there have been five deaths caused by violence at Notting Hill Carnival.