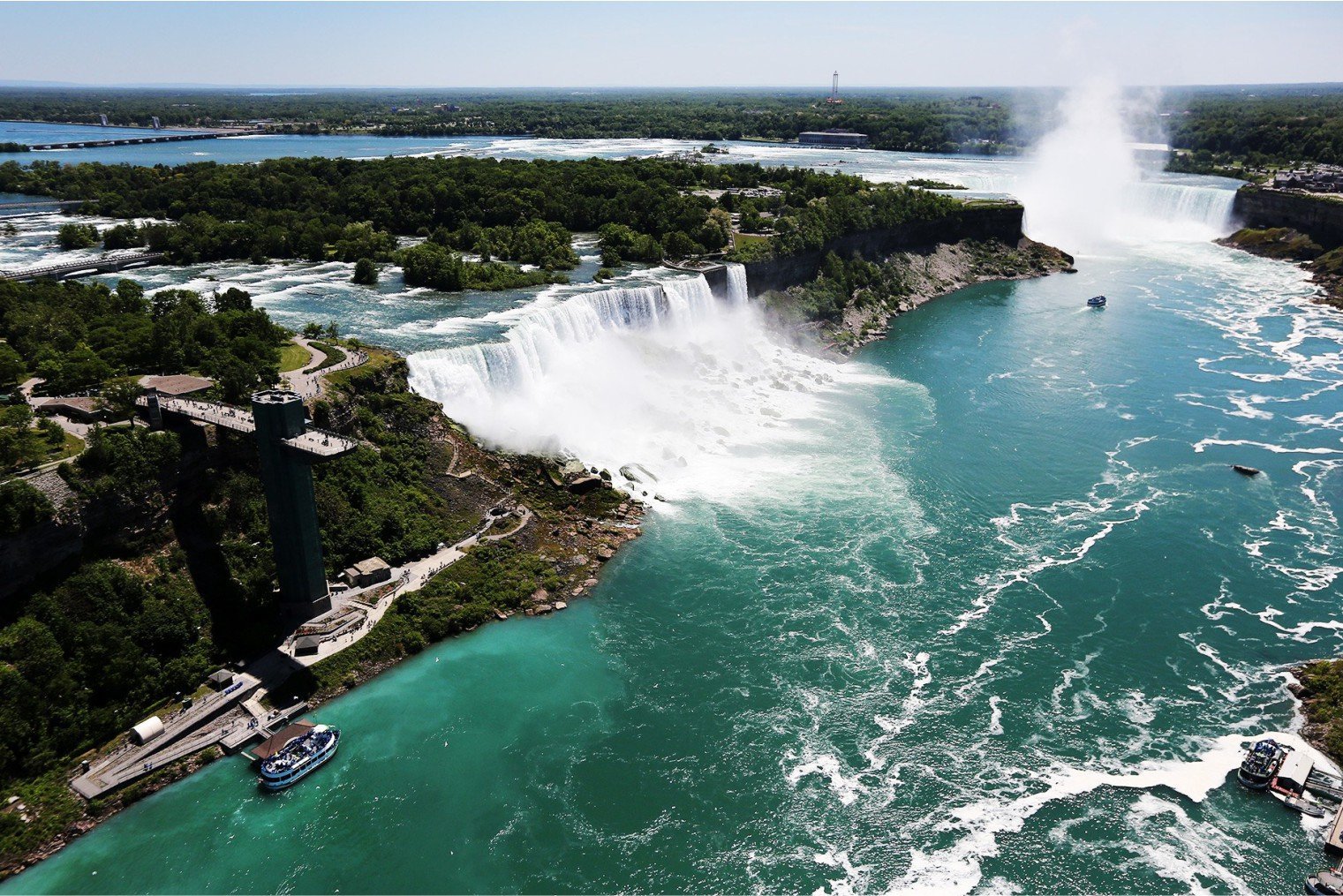 Niagara Falls (map) is a group of three waterfalls at the southern end of Niagara Gorge, spanning the border between the province of Ontario in Canada and the state of New York in the United States.

The largest of the three is Horseshoe Falls (map), also known as Canadian Falls, which straddles the international border of the two countries. The smaller American Falls (map) and Bridal Veil Falls (map) lie within the United States.

The cities of Niagara Falls (map), Canada, and Niagara Falls (map), United States, are connected by two international bridges. The Rainbow Bridge (map), just downriver from the falls, affords the closest view of the falls and is open to non-commercial vehicle traffic and pedestrians.  The Whirlpool Rapids Bridge (map) lies one mile (1.6 km) north of the Rainbow Bridge and is the oldest bridge over the Niagara River.

Peak visitor traffic occurs in the summertime, when Niagara Falls is both a daytime and evening attraction. From the Canadian side, floodlights illuminate both sides of the falls for several hours after dark (until midnight).

From the U.S. side, American Falls can be viewed from walkways along Prospect Point Park (map), which also features the Prospect Point Observation Tower (map) and a boat dock for the Maid of the Mist. Goat Island (map) offers more views of the falls and is accessible by foot and automobile traffic by bridge above American Falls. From Goat Island, the Cave of the Winds is accessible by elevator and leads hikers to a point beneath Bridal Veil Falls.

During the busiest tourist season (May – October), the Niagara Parkway (map) and Queen Victoria Park (map) along the Canadian side of the Falls, can become very crowded and finding a “picture perfect” view of the Falls is difficult. Walking to the attractions can be slow during peak tourist season with thousands of people bustling by.