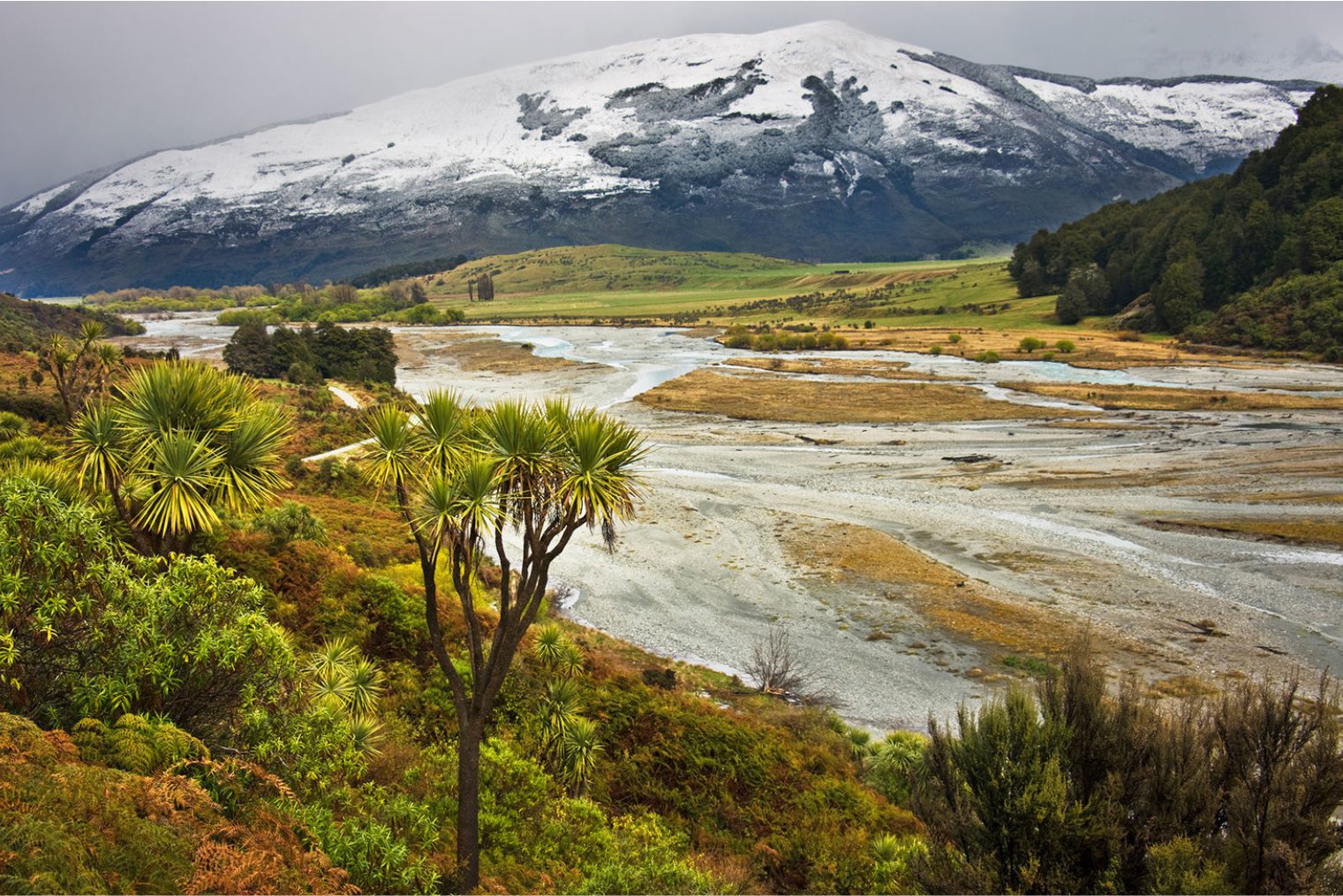 New Zealand is identified as one of the world’s most stable and well-governed states It consists of two main landmasses—the North Island (Te Ika-a-Māui, map) and the South Island (Te Waipounamu, map)—and around 600 smaller islands. New Zealand’s capital city is Wellington, and its most populous city is Auckland.

Visa • Getting here • Getting around • Things to do

To support active travel, New Zealand has numerous walking and hiking paths (often created and maintained by the DOC), some of which, like the *Milford Track, have huge international recognition. There is also a walking route the length of the country (Te Araroa Trail) and a proposed New Zealand Cycleway. (+ *Tramping in New Zealand)

Coromandel Peninsula (map) – rugged coastline with plenty of beaches and hiking opportunities just one and a half hours from Auckland. Tongariro National Park (map) – three volcanoes, two skifields and one of the most popular hikes in the country. Westland National Park (map) – home of the Franz Josef and Fox Glaciers.

Dunedin (map) – the Edinburgh of the South, proud of its Scots heritage, Southern Albatross colony and its wonderful tramping tracks within a short drive from the central business district. Napier (map) – one of the best concentrations of Art Deco architecture in the world, famous as a wine region and close to Cape Kidnappers gannet breeding colony and wildlife sanctuary.

Queenstown (map) – adrenaline and adventure capital of the world, where you can ski, skydive, bungy jump, jet-boat and thrill yourself to your heart’s content. Rotorua (map) – famous for Māori culture and geothermal activity, including geysers, fascinating boiling mud pools and beautiful hot pools and springs.

There are four seasons, with summer in December–February and winter in June–August (the opposite of the northern hemisphere).

There is a wide range of backpacker accommodation  around these islands, including a 50-strong network of youth hostels (catering for independent travellers of any age) that are members of the Youth Hostels Association. There are also two marketing networks of independent hostels: BBH with 280+ listings and the much smaller Nomads network.

New Zealand was one of the first countries in the world after the UK to develop a dense WWoOF network. “Willing Workers on Organic Farms” pioneered the concept of travellers (“WWoOFers”) staying as volunteers on farms and receiving food and accommodation in exchange for doing a half-day of work for each night they stay.

BUS >> InterCity. New Zealand’s national coach company, with services connecting over 600 destinations nationwide. Backpacker buses – KiwiExperience Backpacker Bus and Stray Travel Bus offer bus trips around New Zealand where you can get on and off as you please after purchasing a pass.

TRAIN >> Inter-city passenger services are operated by KiwiRail Scenic Journeys, with just a few popular tourist services that pass through spectacular scenery and have a running commentary, panoramic windows and an open-air viewing carriage. (The online booking site maximises overseas revenue by only showing the cheapest fares when it detects that you are accessing it from a New Zealand IP address.) >> *Rail travel in New Zealand