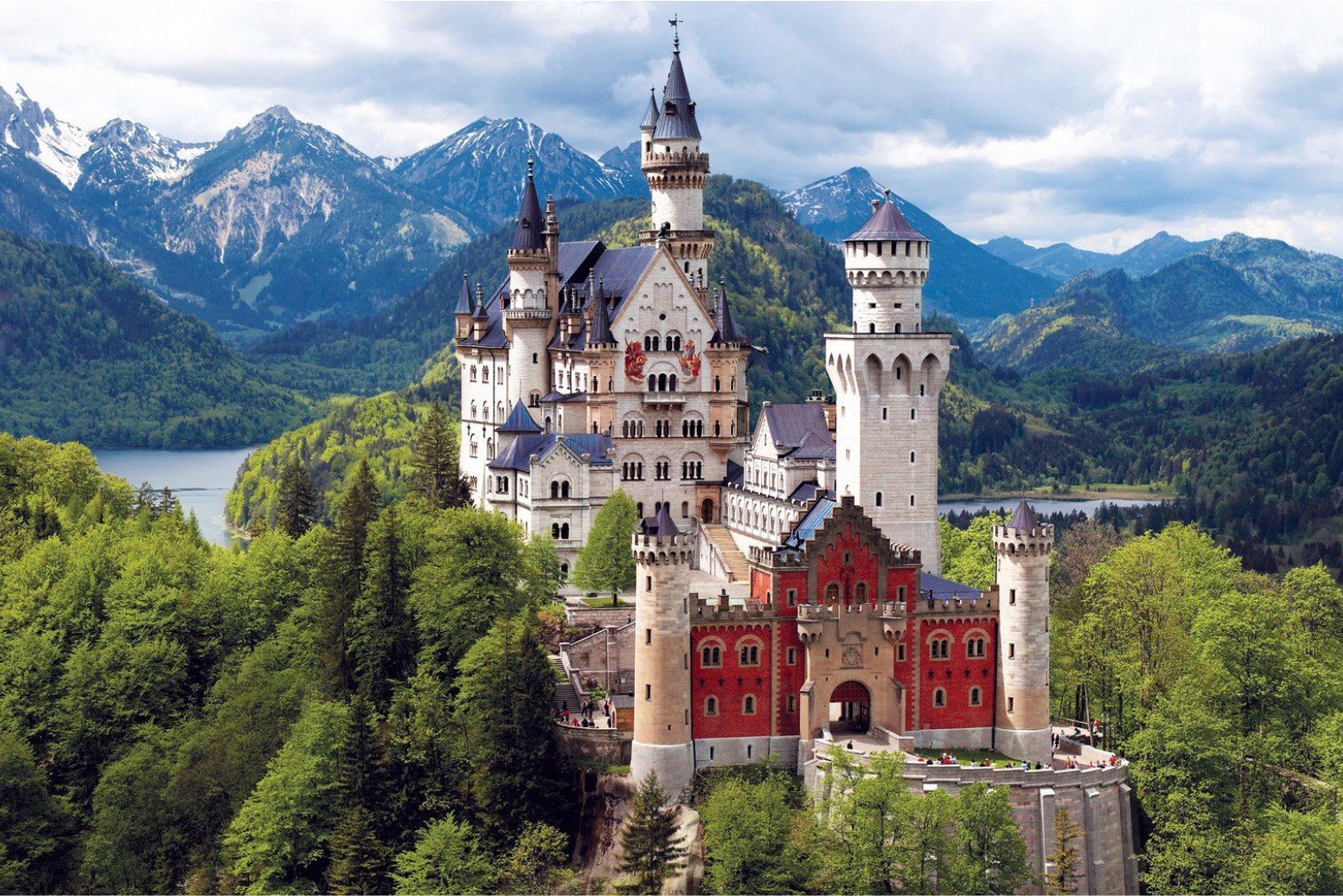 Neuschwanstein Castle (Schloss Neuschwanstein, map) is a 19th-century historicist palace on a rugged hill above the village of Hohenschwangau (map) near Füssen in southwest Bavaria. The palace was commissioned by King Ludwig II of Bavaria as a retreat and in honour of Richard Wagner.

At the time of King Ludwig’s death the palace was far from complete. The interior of the royal living space in the palace was mostly completed in 1886; the lobbies and corridors were painted in a simpler style by 1888.

Neuschwanstein was still incomplete when Ludwig II died in 1886. The King never intended to make the palace accessible to the public. No more than six weeks after the King’s death, however, the Prince-Regent Luitpold ordered the palace opened to paying visitors.

In the Middle Ages, three castles overlooked the villages. One was called Schwanstein Castle. In 1832, Ludwig’s father King Maximilian II of Bavaria bought its ruins to replace them with the comfortable neo-Gothic palace known as Hohenschwangau Castle (map). Finished in 1837, the palace became his family’s summer residence, and his elder son Ludwig (born 1845) spent a large part of his childhood here.