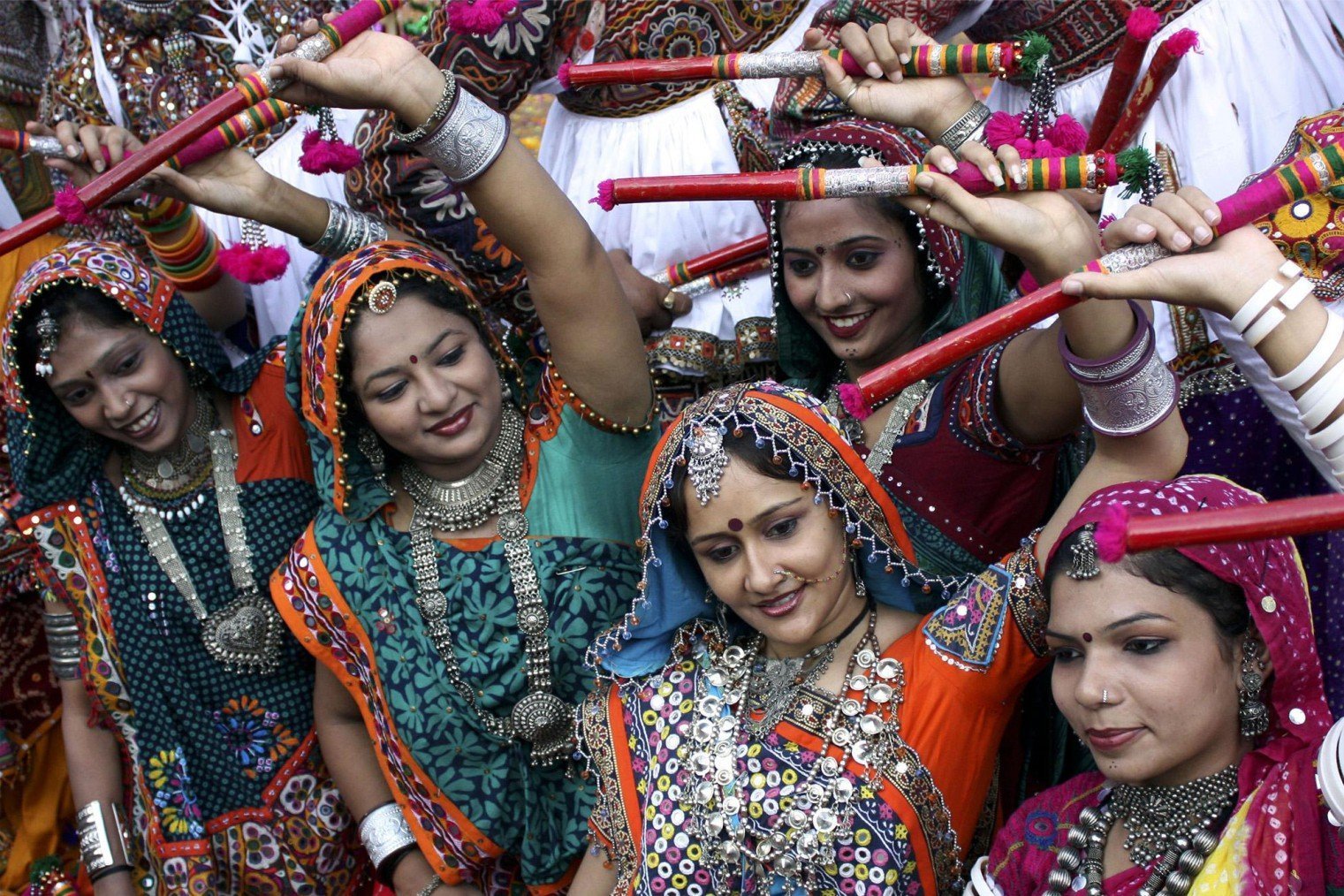 Navaratri is a Hindu festival that spans nine nights (and ten days) and is celebrated every year in the autumn. Theoretically, there are four seasonal Navaratri. However, in practice, it is the post-monsoon autumn festival called Sharada Navaratri that is the most observed in the honour of the divine feminine *Devi (Durga).

The festival is celebrated for nine nights once every year during this month, which typically falls in the Gregorian months of September and October. Navaratri is celebrated in different ways throughout India.

Navratri attracts many tourists to Vadodara from across the world. If you’re planning a vacation during Navaratri, you have to experience some of the best Dandiya nights in *Vadodara.

Navaratri is celebrated as the Durga Puja festival in West Bengal. It is the most important annual festival to Bengali Hindus and a major social and public event in eastern and northeastern states of India, where it dominates the religious life. The occasion is celebrated with thousands of pandals (temporary stages) that are built in community squares, roadside shrines, and large Durga temples in West Bengal, Odisha, Jharkhand, Bihar, eastern Nepal, Assam, Tripura, and nearby regions.

In North India, Navaratri is marked by the numerous Ramlila events, where episodes from the story of Rama and Ravana are enacted by teams of artists in rural and urban centers, inside temples, or in temporarily constructed stages. This Hindu tradition of festive performance arts was inscribed by UNESCO as one of the “Intangible Cultural Heritage of Humanity” in 2008.

If Gujarat is a canvas, the festival of Navratri is that winning masterpiece that brings together the most beautiful colours in such a way, it will take more than a few moments for you to recover from the overwhelming fervour that laps you in when you are here. The entire state is reveling in festive spirit but there is one city, compared to all others, that stands out for its sheer grandeur of celebrations and the number of events that are held here during these nine nights.

Any guesses where we’re headed? It’s *Vadodara (map) – the Cultural Capital of Gujarat!