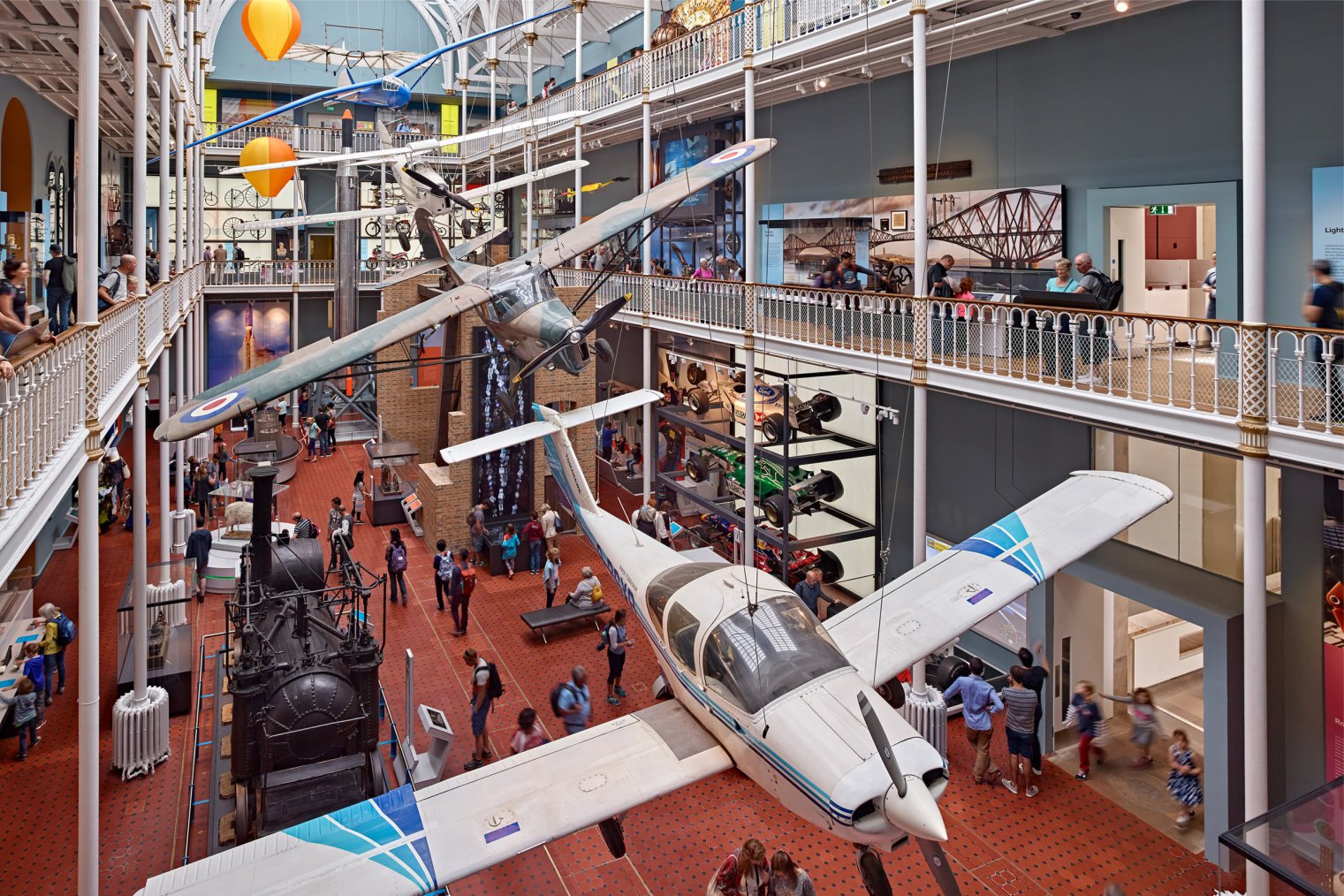 One of the more notable exhibits is the stuffed body of *Dolly the sheep, the first successful cloning of a mammal from an adult cell. Other highlights include Ancient Egyptian exhibitions, one of Elton John’s extravagant suits, the Jean Muir Collection of costume and a large kinetic sculpture named the Millennium Clock.

The galleries in the newer building present Scottish history in an essentially chronological arrangement, beginning at the lowest level with prehistory to the early medieval period, with later periods on the higher levels. The Victorian building, as reopened in 2011, contains four zones (each with numerous galleries), covering natural history, world cultures (including galleries on the South Pacific, East Asia, and Ancient Egypt), European art and design, and science & technology.