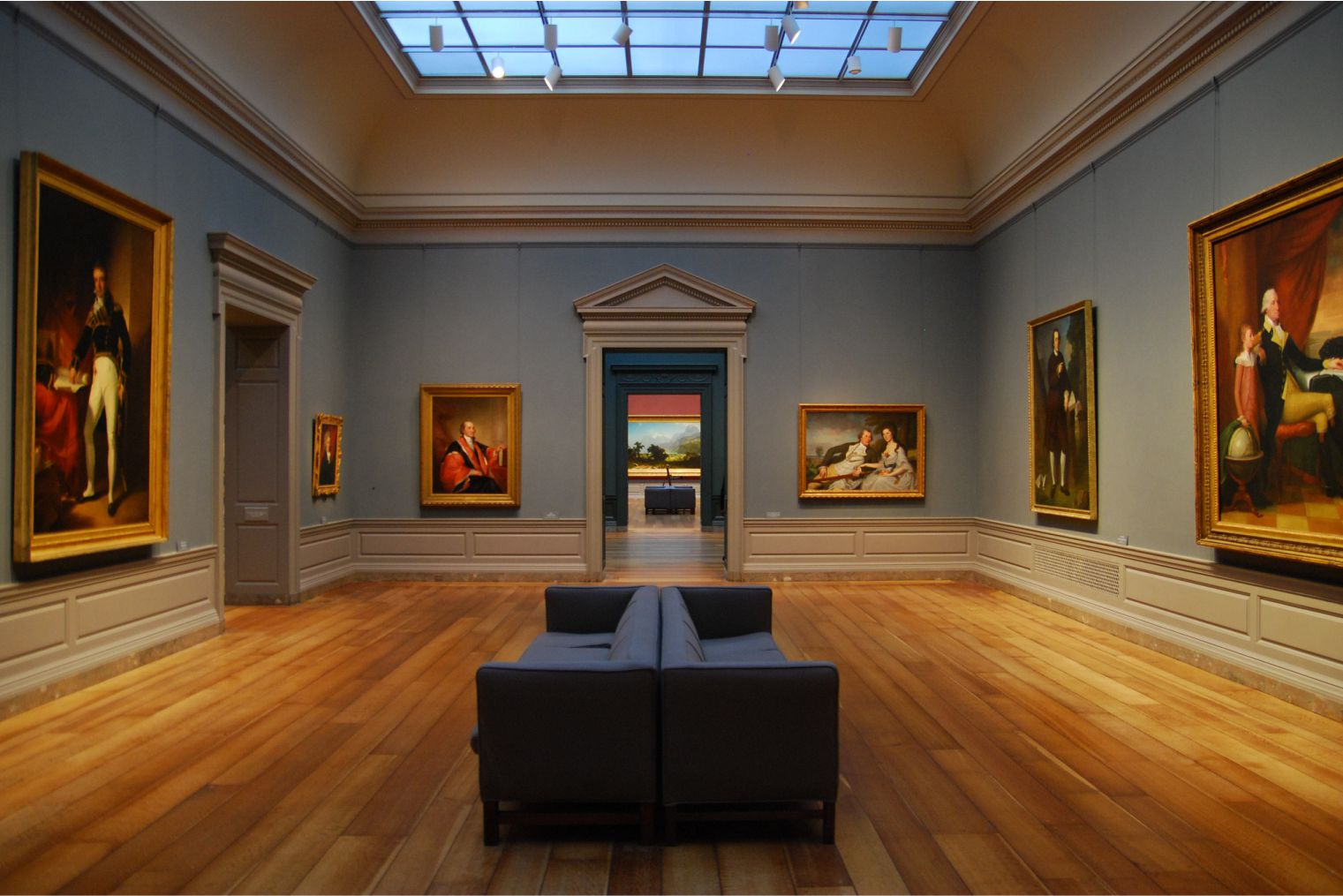 The National Gallery of Art, and its attached Sculpture Garden located on the National Mall (map), between 3rd and 9th Streets, at Constitution Avenue NW, in Washington.

Open to the public and free of charge, the museum was privately established in 1937 for the American people by a joint resolution of the United States Congress.

The Gallery’s collection of paintings, drawings, prints, photographs, sculpture, medals, and decorative arts traces the development of Western Art from the Middle Ages to the present, including the only painting by Leonardo da Vinci in the Americas and the largest mobile created by Alexander Calder.

For the breadth, scope, and magnitude of its collections, the National Gallery is widely considered to be one of the greatest museums in the United States of America, often ranking alongside the Metropolitan Museum of Art and Museum of Modern Art in New York City, the Art Institute of Chicago in Chicago, and the Museum of Fine Arts in Boston, Massachusetts.

Of the top three art museums in the United States by annual visitors, it is the only one that has no admission fee.

The Gallery’s campus includes the original neoclassical West Building designed by John Russell Pope, which is linked underground to the modern East Building (map), designed by I. M. Pei, and the 6.1-acre (25,000 m2) Sculpture Garden (map).

The West Building has an extensive collection of paintings and sculptures by European masters from the medieval period through the late 19th century, as well as pre-20th century works by American artists. Highlights of the collection include many paintings by Jan Vermeer, Rembrandt van Rijn, Claude Monet, Vincent van Gogh, and Leonardo da Vinci.

The East Building focuses on modern and contemporary art, with a collection including works by Pablo Picasso, Henri Matisse, Jackson Pollock, Andy Warhol, Roy Lichtenstein, Alexander Calder, a 1977 mural by Robert Motherwell and works by many other artists.

The Sculpture Garden contains plantings of Native American species of canopy and flowering trees, shrubs, ground covers, and perennials. A circular reflecting pool and fountain form the center of its design, which arching pathways of granite and crushed stone complement.

CityMapper – DC & Baltimore | The ultimate transport app and technology for mobility in cities.