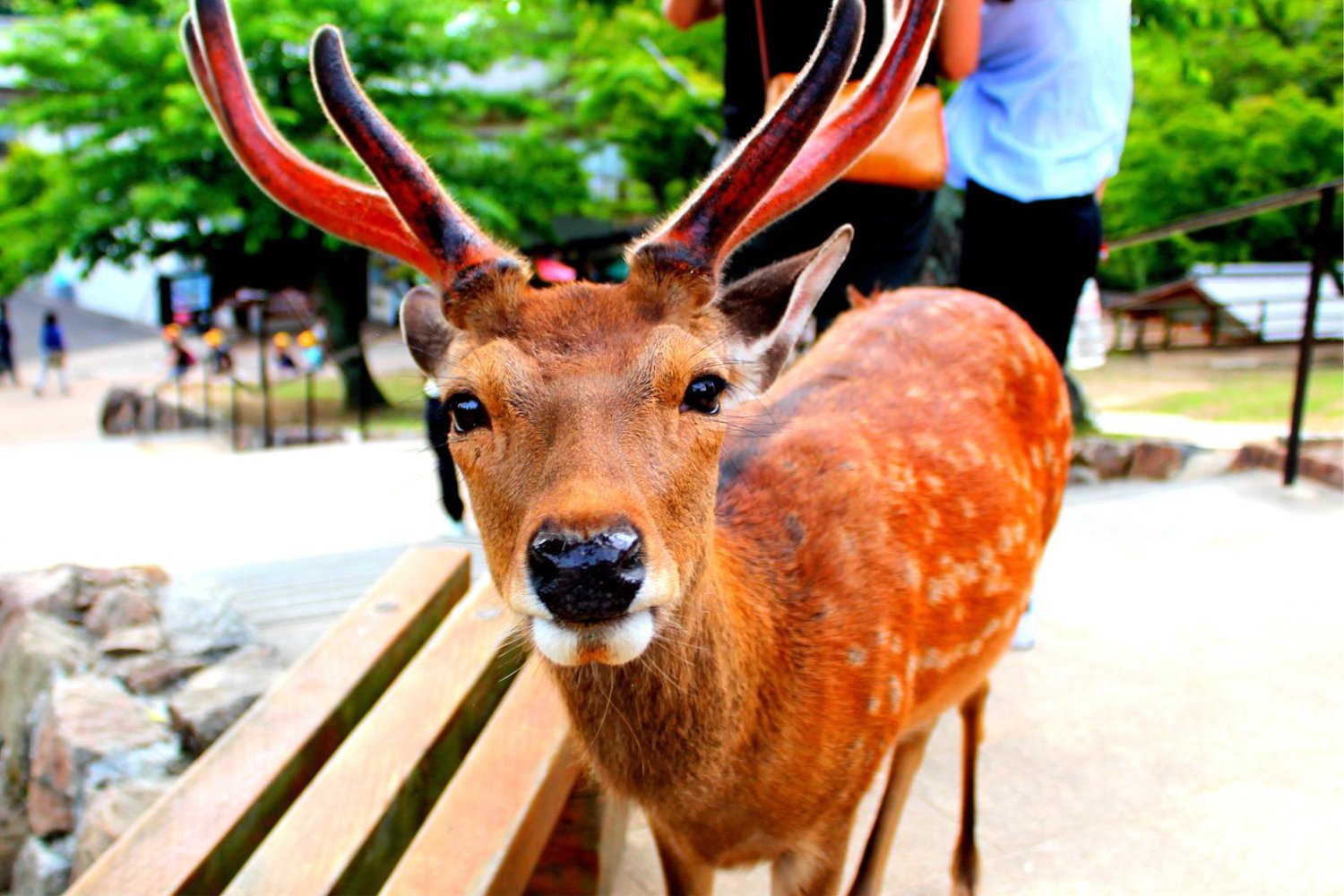 Nara (map) was the capital of Japan during the Nara period from 710 to 794 as the seat of the Emperor before the capital was moved to Kyoto.

Overshadowed by its more famous neighbor Kyoto, Nara is omitted from many a time-pressed tourist’s itinerary. However, Nara is home to many important scenic and historical sites, and today preserves its main sights much more attractively than Kyoto within Nara Park (map) and neighborhoods like Naramachi (map).

Along with the development of Heijōkyō (平城京), the capital of Japan, Nara flourished under the influence of Buddhism, leading to the creation of an enormous number of cultural assets, many of which are preserved today. Nara has the most buildings designated *National Treasures in Japan.

Eight places in the old capital Nara have been inscribed to the UNESCO World Heritage Site “Historic Monuments of Ancient Nara” since 1998, including five Buddhist temples, one Shinto shrine, an imperial palace and a primeval forest.

According to the legendary history of Kasuga Shrine, the god Takemikazuchi arrived in Nara on a white deer to guard the newly built capital of Heijō-kyō. Since then, the deer have been regarded as heavenly animals, protecting the city and the country.

Tame sika deer roam through the town, especially in Nara Park. Snack vendors sell sika senbei (deer crackers) to visitors so they can feed the deer. Some deer have learned to bow in order to receive senbei from people.

Most of Nara’s sights, including temples, shrines and famously mercenary deer, are concentrated in Nara Park (奈良公園 Nara-kōen, map), you can walk to almost all the other major sites. The conventional round course (from Kintetsu Nara Station (map) >> Higashimuki Shopping Street (map) >> Kōfuku-ji (map) >> Nara National Museum (map) >> Tōdai-ji (map) >> Kasuga Taisha (map) and back to Kintetsu Nara Station) is about 6 km long, a pleasant walk for the typical tourist.

Tōdai-ji (map). Home to the famous Great Buddha (Daibutsu, 大仏), the largest Buddha statue in Japan and one of the largest in the world. The Daibutsu-den, which houses it, is said to be the largest wooden building in the world and is a UNESCO World Heritage site.

Kōfuku-ji (興福寺, map). This temple has a three-story and a five-story pagoda; historically, the latter has contended with Kyoto’s Toji for the title of Tallest Pagoda in Japan.

Nara National Museum (奈良国立博物館, map). This museum has one of the world’s best collections of Buddhist art and changing exhibitions. The National Treasure Hall has an impressive collection of statues.

Yakushi-ji (薬師寺, map), a short walk from Nishinokyo Station and Toshodai-ji. Although most of the temple was reconstructed in the 1970s after a fire, Yakushi-ji is still worth the visit. The Buddhist Yakushi trinity housed in the hondo is a great work, and the two pagodas on each side of the temple make it a unique and recognizable complex.

Mount Wakakusa Fire Festival (若草山焼き Wakakusa-yamayaki, map). The night before the 2nd Monday (?) in January. In case of bad weather the date may change.

Travel to Nara + Getting Around Nara (visitnara.jp)

Buses are plentiful in Japan, and over the last few decades they have evolved into a major mode of intercity transportation, especially for overnight travel. Major operators of intercity include JapanBuslines.com • WILLER • JR Bus (kakuyasubus.jp) • kate.co.jp. >> (*Bus travel in Japan)

AIRPORTS >   Nara does not have its own airport; most visitors arrive via either Kansai International Airport or Osaka’s Itami Airport, for domestic flights.