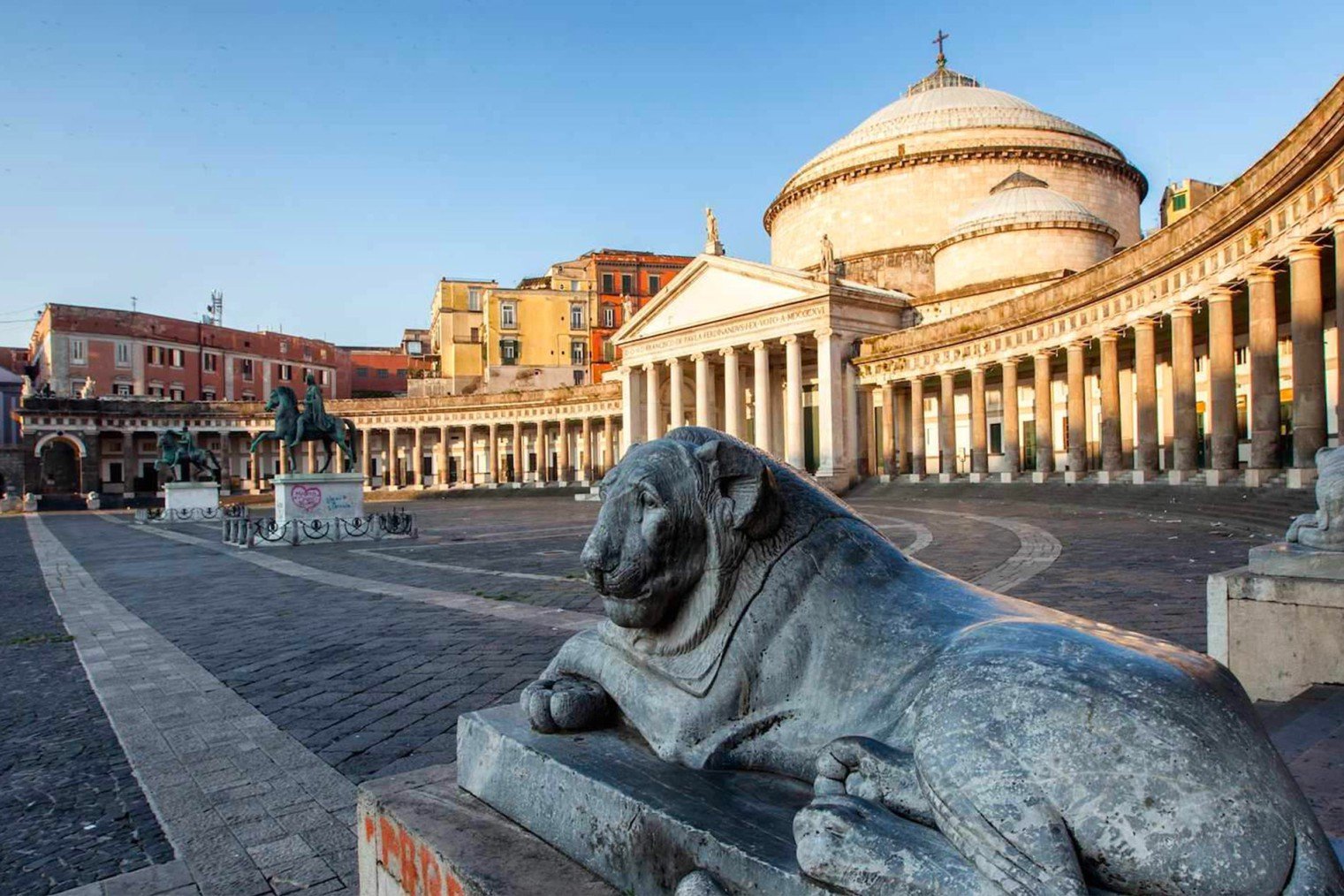 Naples / Napoli (map) is the regional capital of Campania and the third-largest city of Italy, after Rome and Milan. Naples represents one of the oldest continuously-inhabited cities in the world and a UNESCO World Heritage site with an unmatched heritage as a place of exchange between cultures. This is reflected in the city’s structure and monuments, which are a mixture of Greek, Roman, Norman, Angevin, Spanish and French architecture.

As a testimony to its extraordinary history, the Naples region hosts an unparalleled concentration of UNESCO World Heritage sites: the *Center of Naples itself; Pompeii (map), *Herculaneum, *Cumae, *Pozzuoli, *Oplontis and *Stabiae; the Royal Palace of Caserta (map). It is close to Vesuvius, the only active volcano on the European continent.

By the 17th century, Naples had become Europe’s second-largest city – second only to Paris – and the largest European Mediterranean city.

Naples is also known for its natural beauties, such as Posillipo, Phlegraean Fields, Nisida, and Vesuvius. Neapolitan cuisine is noted for its association with pizza, which originated in the city, as well as numerous other local dishes. Restaurants in the Naples’ area have earned the most stars from the Michelin Guide of any Italian province.

The Naples National Archaeological Museum (map) is one of the city’s main museums, with one of the most extensive collections of artefacts of the Roman Empire in the world. It also houses many of the antiques unearthed at Pompeii and Herculaneum, as well as some artefacts from the Greek and Renaissance periods.

Previously a Bourbon palace, now a museum and art gallery, the *Museo di Capodimonte (map) is another museum of note. The gallery features paintings from the 13th to the 18th centuries, including major works by Simone Martini, Raphael, Titian, Caravaggio, El Greco, Jusepe de Ribera and Luca Giordano.

In front of the Royal Palace of Naples (map) stands the shopping Galleria Umberto I (map), which contains the Coral Jewellery Museum.

The 16th-century palace of Roccella hosts the Palazzo delle Arti Napoli (map), which contains the civic collections of art belonging to the City of Naples, and features temporary exhibits of art and culture.

Naples has a total of 448 historical churches (1000 in total), making it one of the most Catholic cities in the world in terms of the number of places of worship. >> *Churches in Naples

Subterranean Naples. Underneath Naples lies a series of caves and structures created by centuries of mining, and the city rests atop a major geothermal zone. >> *Catacombs of San Gennaro. Catacombs of Saint Gaudiosus. San Pietro ad Aram.

!  The city has an inequitable distribution of wealth and it is possible to find run-down areas and elegant quarters quite close. Typical examples of places better to avoid after dark are the “Quartieri Spagnoli” (Spanish Quarters, map) and the “Sanità”, both in the historic centre, that are reasonably safe during the day and also have notable points of interest.

CityMapper – Naples | The ultimate transport app and technology for mobility in cities.