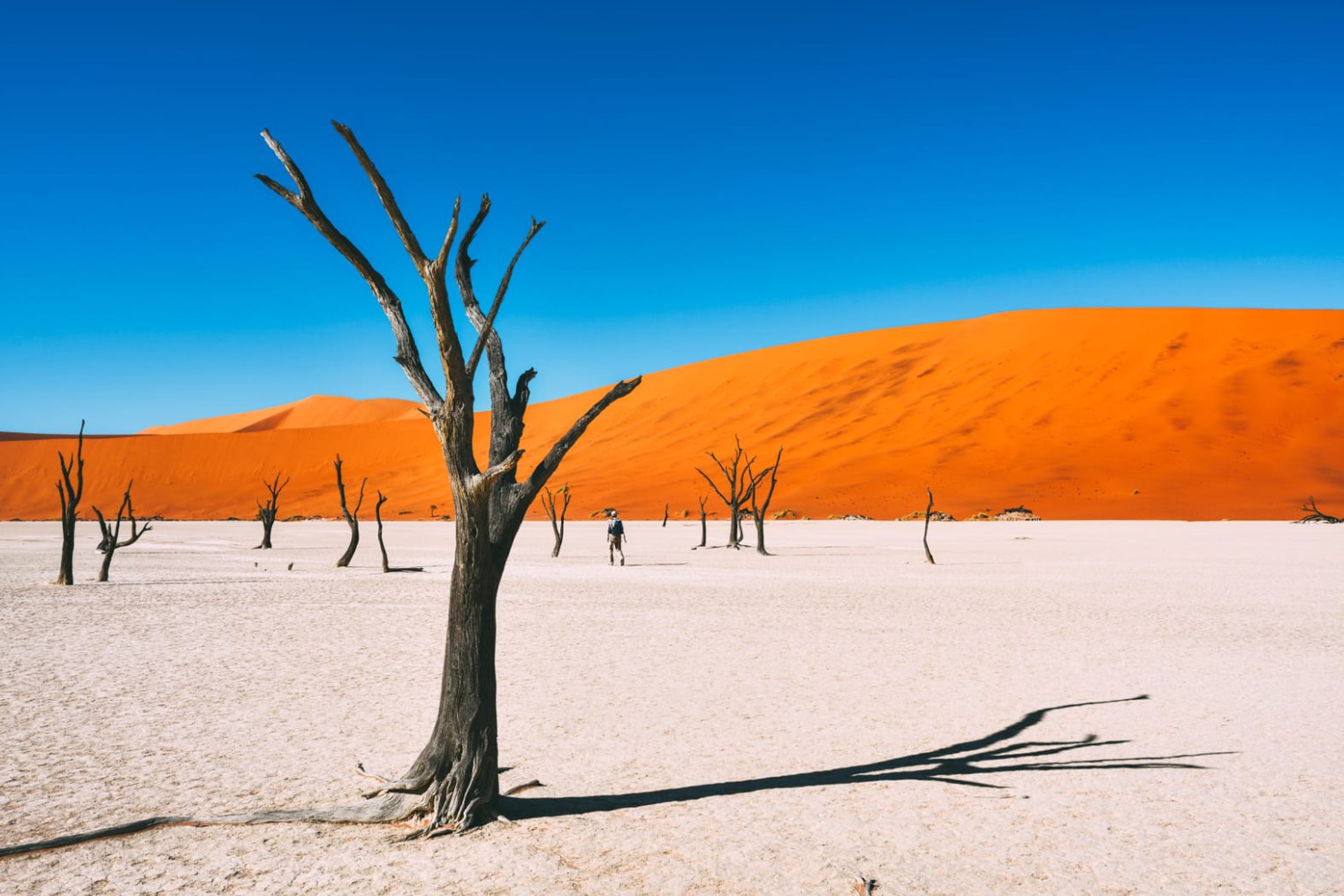 Republic of Namibia, is a country in Southern Africa.  Its capital and largest city is *Windhoek. The driest country in Sub-Saharan Africa. The name of the country is derived from the *Namib Desert, the oldest desert in the world. Its sand dunes, created by the strong onshore winds, are the highest in the world.

Namibia is today a peaceful country, welcoming to visitors and offering unforgettable experiences.

*Kaokoland (map) — home to the Himba tribe, desert elephants, desert lions, Epupa Waterfalls and many more attractions in this northwestern corner of the country. *Skeleton Coast (map) — The northern coastal part of the Namib desert, named for the dozens of ships that were beached in the thick fog that is frequent where the desert meets the Atlantic. Namibia’s Skeleton Coast continues to be a synonym for the horrors a sailor could face when his ship sank.

*Spitzkoppe (map) — the Matterhorn of Namibia. The Spitzkoppe rises majestically out of the surrounding plains and is visible from great distances away. *Waterberg Plateau Park (map) is ecologically diverse and rich and has over 200 different species of bird with some rare species of small antelope on the lower hills of the mountain. Geologically, the oldest rock stratum is over 850 million years old and dinosaurs tracks were left there some 200 million years ago.

Namibia has a relatively high crime rate, particularly sexual abuse, general violence after alcohol abuse, and theft. For foreigners, it is not prudent to walk or ride taxis alone after sunset.

The national railway company of Namibia, TransNamib, operates trains (and buses) to destinations all over Namibia. The Desert Express is a luxury tourist train that traverses Namibia regularly, taking tourists to such destinations as Walvis Bay, Swakopmund and Etosha National Park.

Hitchhiking is uncommon in Namibia. You might stand days at Sossusvlei hitchhiking to the Naukluft.