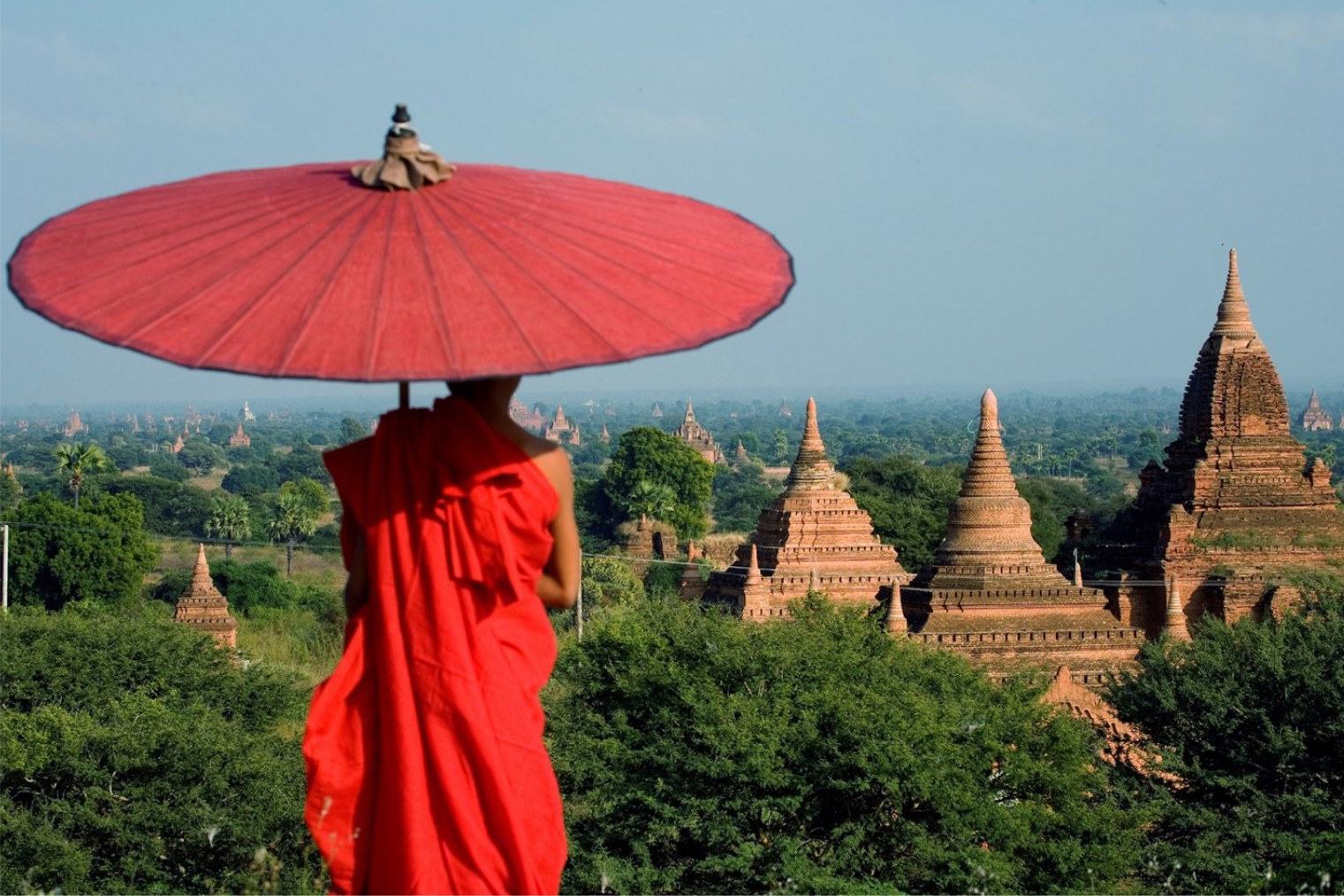 Myanmar is one of the poorest nations in Southeast Asia, suffering from decades of stagnation, mismanagement and isolation. Its capital city is *Naypyidaw (map). Myanmar is ethnically diverse. The government recognises 135 distinct ethnic groups.

The most popular available tourist destinations in Myanmar include big cities such as *Yangon (Rangoon, map) and *Mandalay (map); religious sites in *Mon State, *Pindaya, *Bago and *Hpa-An; nature trails in *Inle Lake (map), *Kengtung, *Pyin U Lwin; ancient cities such as *Bagan (map) and Mrauk U (map); as well as beaches in Nabule (map), *Ngapali (map), *Ngwe Saung, *Mergui.

The government punishes crime, particularly against tourists, severely; as a result, as far as crime and personal safety go, Myanmar is extremely safe for tourists, and it is generally safe to walk on the streets alone at night.

In fact, you are less likely to be a victim of crime in Myanmar than in Thailand or Malaysia. However, as with anywhere else, little crime does not mean no crime and it is still no excuse to ditch your common sense.

The most common way for travellers to enter the country is by air. According to the website Lonely Planet, getting into Myanmar is problematic: “No bus or train service connects Myanmar with another country, nor can you travel by car or motorcycle across the border – you must walk across.”

Myanmar is the world’s second largest producer of opium after Afghanistan, producing some 25% of the world’s opium, and forms part of the Golden Triangle.

Tap water in Myanmar is not safe to drink, likewise ice may be contaminated.

Myanmar has an extensive and ancient rail network. A journey on a train is a great way to see the country and meet people. The rail journey from Mandalay, up hairpin bends to Pyin U Lwin, and then across the mountains and the famous bridge at Gokteik, is one of the great railway journeys of the world.

Buses of all types ply the roads of Myanmar. Luxury (relatively speaking) buses do the Mandalay-Yangon run while lesser vehicles can get travellers to other places.