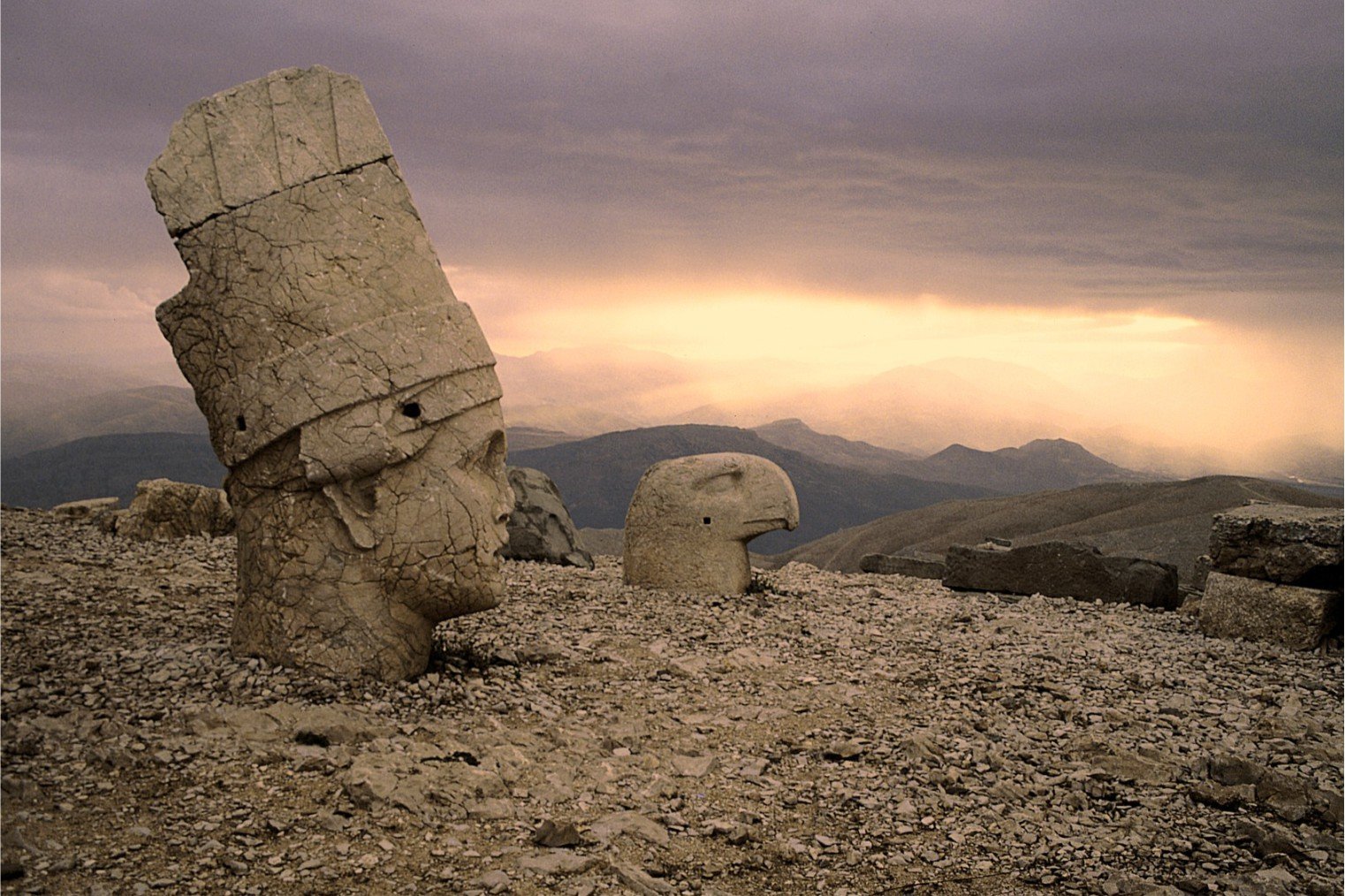 Nemrut or Nemrud (map) is a 2,134-metre-high (7,001 ft) mountain in southeastern Turkey, notable for the summit where a number of large statues are erected around what is assumed to be a royal tomb from the 1st century BC.

In 1987, Mount Nemrut was made a World Heritage Site by UNESCO. Tourists typically visit Nemrut during April through October.

Indeed Kahta should be the main base for visiting Nemrut. There is also another way to Nemrut from Malatya. However the trip from Kahta to Nemrut will include a sightseeing of Karakuş Hill, Arsemia Castle, and ancient Kahta Castle. All of these attractions are included in the National Park. Hence, a visit to Nemrut is shorter and more valuable if done from Kahta.

The mausoleum of Antiochus I (69–34 B.C.), who reigned over Commagene, a kingdom founded north of Syria and the Euphrates after the breakup of Alexander’s empire, is one of the most ambitious constructions of the Hellenistic period. The syncretism of its pantheon, and the lineage of its kings, which can be traced back through two sets of legends, Greek and Persian, is evidence of the dual origin of this kingdom’s culture.

The pattern of damage to the heads (notably to noses) suggests that they were deliberately damaged as a result of iconoclasm. The statues have not been restored to their original positions. The site also preserves stone slabs with bas-relief figures that are thought to have formed a large frieze. These slabs display the ancestors of Antiochus, who Greeks and Persians.

The same statues and ancestors found throughout the site can also be found on the tumulus at the site, which is 49-metre tall (161 ft) and 152 m (499 ft) in diameter. It is possible that the tumulus of loose rock was built to protect a tomb from robbers, since any excavation would quickly fill in. The statues appear to have Greek-style facial features, but Persian clothing and hair-styling.