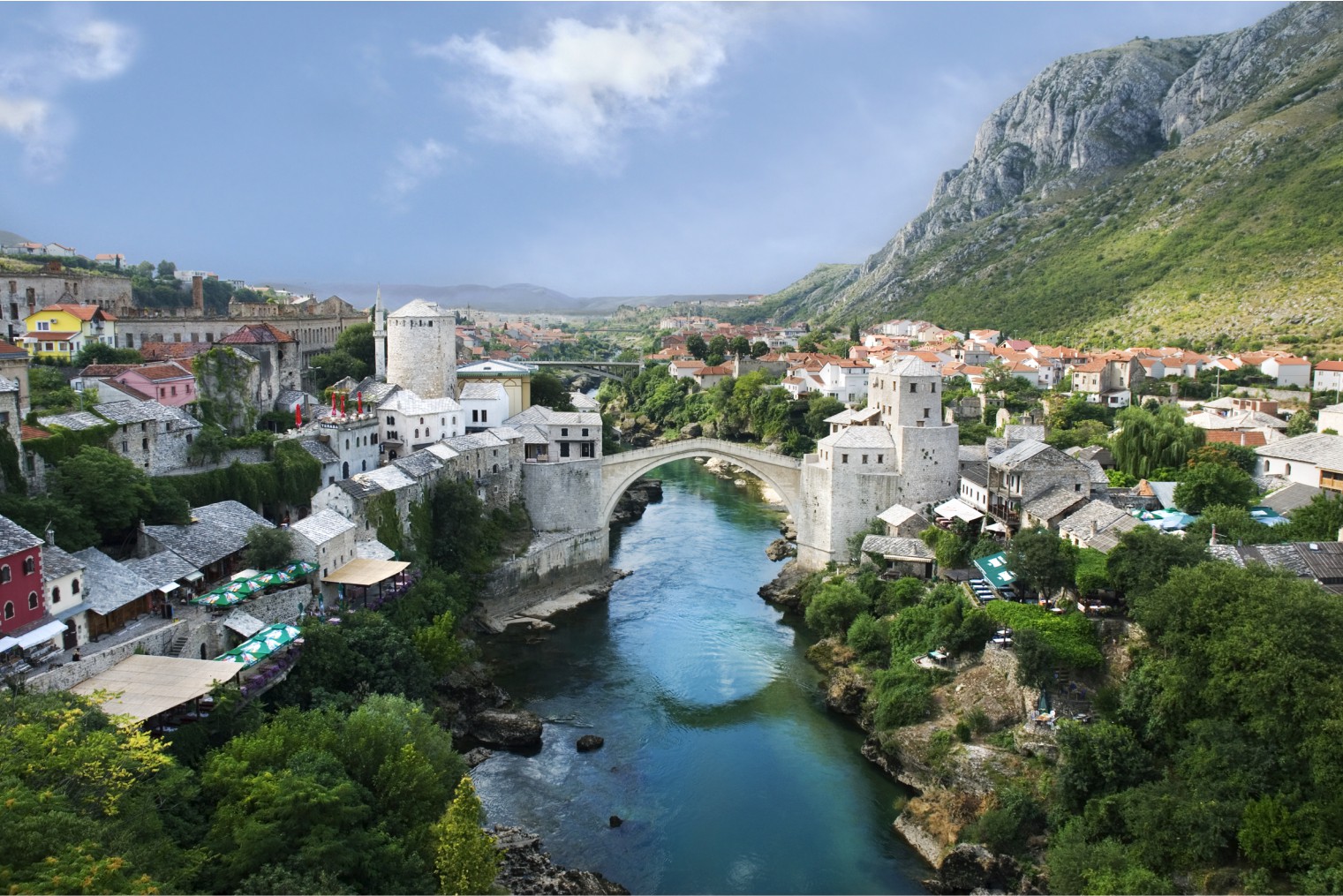 Mostar (map) is a city in Bosnia and Herzegovina. Much of the city has been rebuilt and visitors might be surprised to see that this formerly war-torn city is a lively and beautiful destination once again, particularly the area within and around the old town.

The city was the most heavily bombed of any Bosnian city during the war in Bosnia and Herzegovina following the breakup of Yugoslavia. At the beginning of the war, air strikes destroyed many important buildings and structures, including the cultural and spiritual icon: the *Old Bridge (Stari Most, map), which is a UNESCO World Heritage Site.

*Muslibegović House (Muslibegovića kuća, map). Constructed 300 years ago, it is considered the most beautiful house from Ottoman period in the Balkans. Unlike earlier architectural styles, this house resembled a four-storey house built around the centre. The house preserved authentic monumental structure, items and documents providing an insight into the life of a wealthy bey family from the time. In addition to museum exhibition, visitors are invited to take traditional beverages or cookies, or spend a night in this authentic surrounding.

Koski Mehmed Pasha Mosque (map). Small but simply pretty Ottoman mosque built in 1618, destroyed during the war but rebuilt with Turkish financial support. Climb the minaret to see a great view over the town.

BUS >   list of bus stations and timetables in Bosnia can be found here >> autobusni-kolodvor.com • zfbh.ba

RAIL >   ZFBH. The scenery on the train ride between Sarajevo and Mostar is stunning, passing through rugged terrain with a series of tunnels, U-turns and viaducts. It is much more picturesque, as well as cheaper, to travel between these cities by train rather than by bus.

Tourism in Bosnia and Herzegovina (wiki)