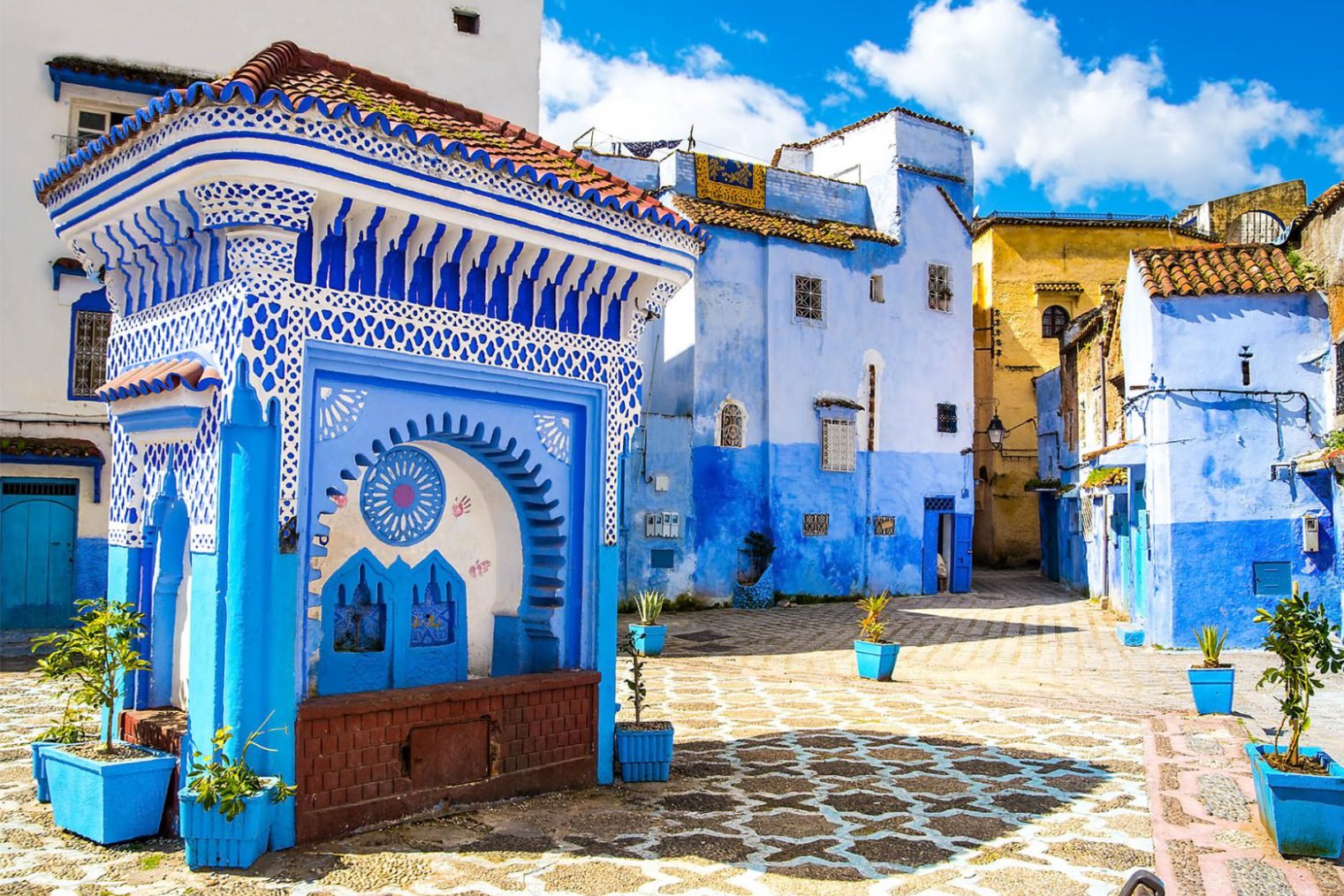 Kingdom of Morocco is a country located in the Maghreb region of North Africa. The capital is Rabat (map) and the largest city is *Casablanca (map).  Marrakesh (map) and *Agadir (map) are the top two destinations in the country. Tourism is increasingly focused on Morocco’s culture, such as its ancient cities and beaches. Cruise ships visit the ports of Casablanca and Tangier (map).

At just a few hours from the main European cities, Morocco has everything to overwhelm you with the amazing colours, smells and sounds of Islamic Africa. If you are adventurous at heart, a good time to visit Morocco for trekking in the desert is February. You can enjoy coastal areas or beaches at *Essaouira (map) in July. April is the best time to visit the Imperial towns in Morocco. The peak tourist season in Morocco is July and August.

Some Moroccans that you meet on the streets have come up with dozens of ways to part you from your money. Keep your wits about you, but don’t let your wariness stop you from accepting any offers of generous Moroccan hospitality. Put on a smile and greet everybody that greets you, but still be firm if you are not interested. This will leave you significantly better off than just ignoring them.

*Fez (map) was the capital city of modern Morocco until 1925. The city has two old medina quarters, the larger of which is *Fes el Bali (map). It is listed as a World Heritage Site and is believed to be one of the world’s largest urban pedestrian zones (car-free areas).

Marrakesh (map), a perfect combination of old and new Morocco, probably the most prominent former imperial capital, will leave you with memories to cherish for life. Plan to spend at least a few days wandering the huge maze of souks and ruins in the medina (*Landmarks of Marrakesh).

*Ouarzazate (map) – considered the capital of the South, Ouarzazate is a great example of preservation and tourism that hasn’t destroyed the feel of a fantastic and ancient city. *Aït Benhaddou (map) is a historic ighrem or ksar (fortified village) along the former caravan route between the Sahara and Marrakech.

*High Atlas (map) – regular destination for mountain hikers, ski enthusiasts, or travellers interested in the indigenous Berber culture. It is said that as much as 80% of the Moroccan population is racially Berber, however only half of those people live culturally Berber lifestyles. *Tinerhir (map) – desert oasis and access point to the stunning High Atlas.

*Volubilis (map) – also known as Wallibi and is 30 km north of Meknes, biggest Roman ruins in Morocco, next to the holy town *Moulay Idriss (map).

Trains are generally the best option because of their speed, frequency and comfort >> ONCF. First class train cars are supposed to have working air conditioning (there are no vending machines on ONCF trains, unlike SNCF or TrenItalia trains, and the conductor with a vending cart is not often easy to find)

Luxury buses are the next best bet, with almost universal coverage, if somewhat odd departure times in some places. CTM, Supratours and some smaller companies provide good comfort with reasonable prices. Nearly every city has a central bus station (Gare Routière) where you can buy tickets to travel from region to region (and in some cities certain companies run their own stations – mostly that applies to the operators CTM (Gare Voyage) and partly Supratours).