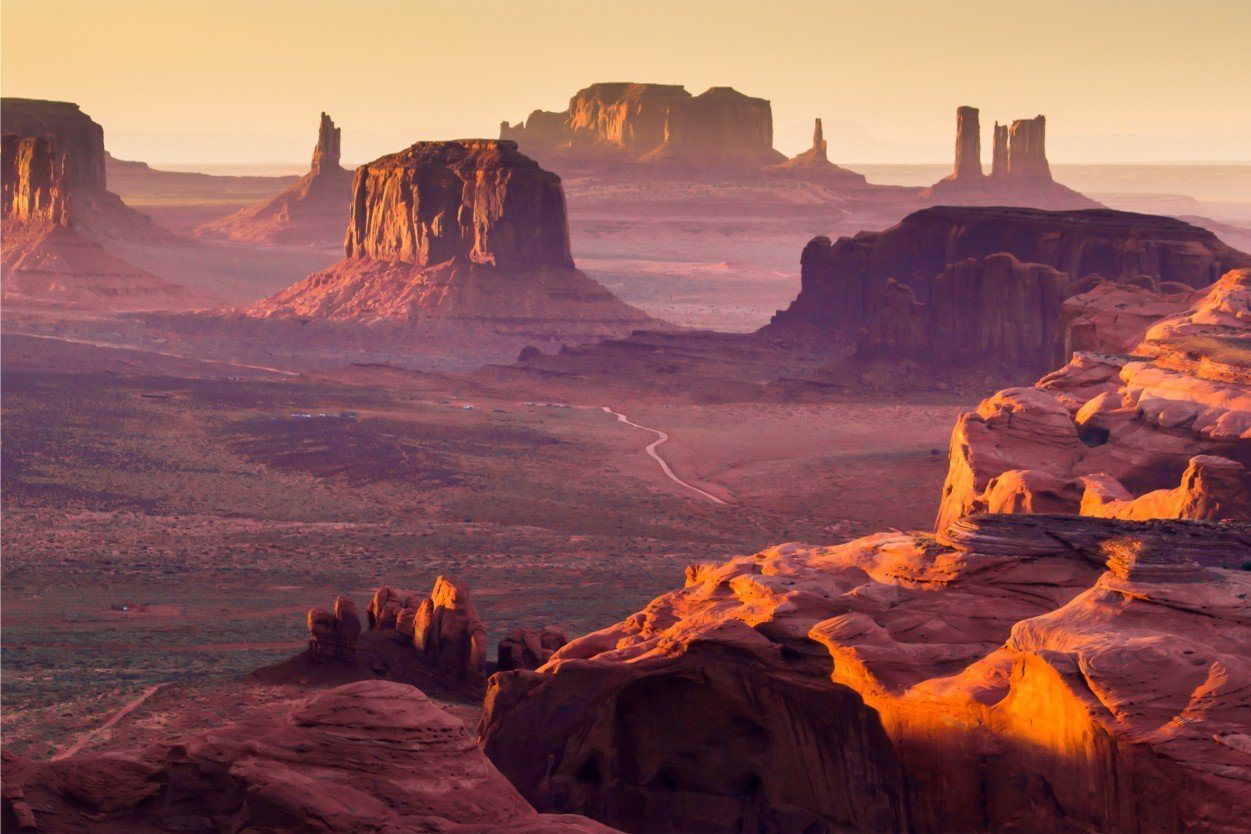 Monument Valley (map) lies within the territory of the Navajo Nation Reservation and is accessible from U.S. Highway 163.

Monument Valley has been featured in many forms of media since the 1930s. Director John Ford used the location for a number of his best-known films and thus, in the words of critic Keith Phipps, “its five square miles have defined what decades of moviegoers think of when they imagine the American West.”

Visitors may pay an access fee and drive through the park on a 17-mile (27 km) dirt road (a 2-3 hour trip). Parts of Monument Valley, such as Mystery Valley (map) and Hunts Mesa (map), are accessible only by guided tour.

If you travel from Las Vegas or Phoenix, your trip will take almost the entire day. You cannot see Monument Valley and also go further than the Grand Canyon to the south, and Moab to the north in the same day. Even staying at the Monument Valley for one night is cutting your stay extremely short relative to what there is to see in this part of the Navajo Nation.

The best times to the visit the park are March, April, May, or October. But if you want to see the snow, go to the park in December or January.

rideuta.com – transportation of the state of Utah.