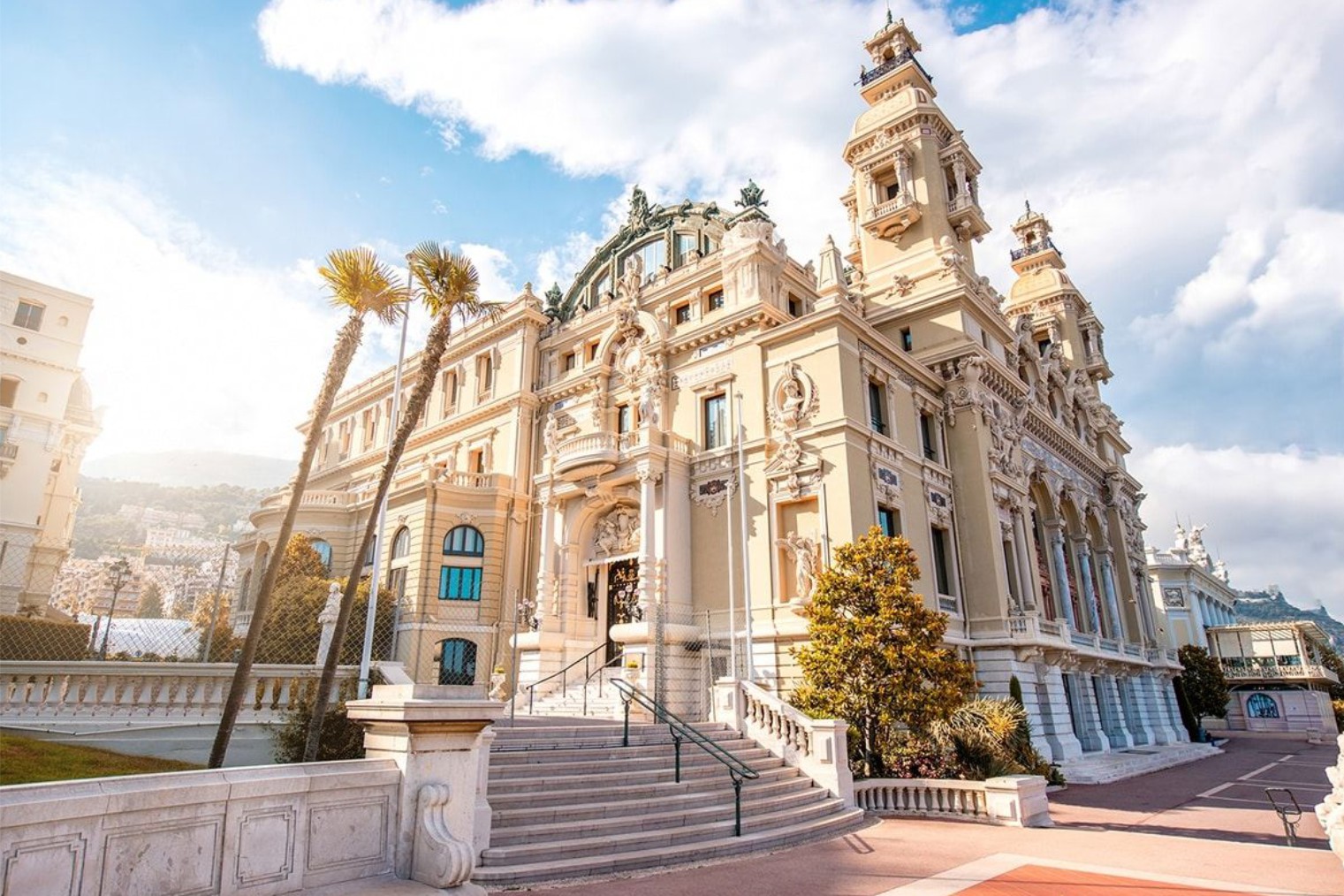 Principality of Monaco (map) is a sovereign city state, with five quartiers and ten wards, located on the French Riviera in Western Europe. With an area of 2.1 km2 (0.81 sq mi), it is one of the smallest sovereign states in Europe and the second-smallest in the world, after the Vatican City.

The *House of Grimaldi has ruled Monaco, with brief interruptions, since 1297.

Monaco exhibits a wide range of architecture, but the principality’s signature style, particularly in Monte Carlo, is that of the Belle Epoque. The principality has no heritage protection legislation. Monte Carlo is not the capital of Monaco but a government district.

The nearest airport is Nice Aéroport Nice Côte d’Azur. Monaco has an urban bus service, operated by the Compagnie des Autobus Monaco. There are good connections by train to the nearby parts of France and Italy which are run mainly by SNCF and also Trenitalia. Monaco-Monte-Carlo railway station – The principality’s only railway station.