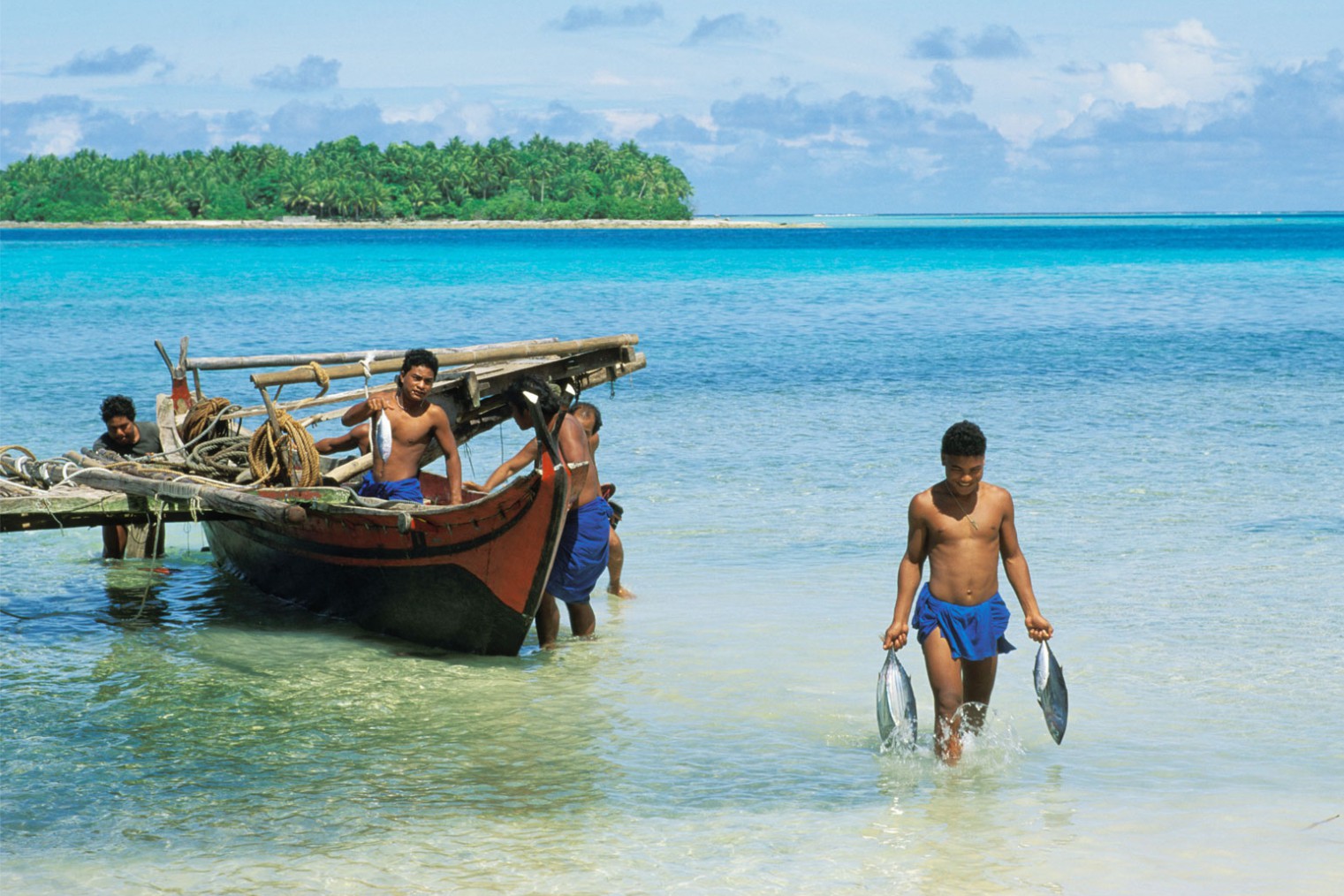 The Federated States of Micronesia (map) is a country in the northwestern Pacific Ocean, composed of four major island groups just north of the equator.

Each of the four states *Chuuk (Truk) • *Pohnpei (Ponape) • *Kosrae (Kosaie) • *Yap – has its own culture and traditions, but there are also common cultural and economic bonds that are centuries old.

The countless islands are largely undeveloped and their sheer remoteness and Robinson Crusoë like-atmosphere are a major draw for visitors. There are gorgeous sea views all around, and the islands’ scenery treats vary from beautiful beaches to lush jungles.

The states comprise around 607 islands (a combined land area of approximately 702 km2 or 271 sq mi) that cover a longitudinal distance of almost 2,700 km (1,678 mi) just north of the equator. About 300 species of coral, 1000 species of fish and 1200 species of mollusks are recognized in Micronesia.

The sovereign island nation’s capital is *Palikir (map), while the largest city is *Weno, located in the Chuuk Atoll.