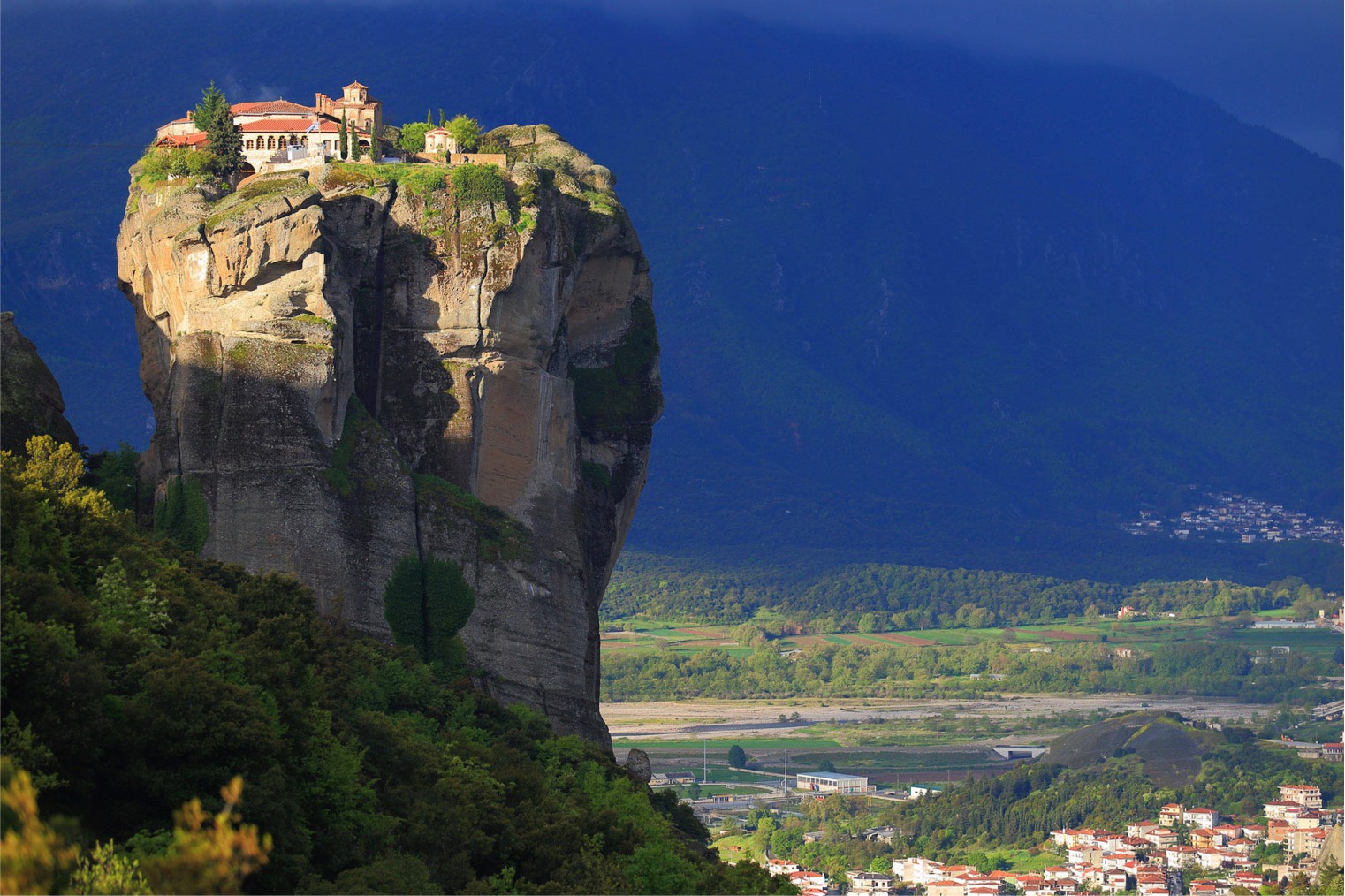 The Meteora (map) is one of the gems of Greece. Near the town of Kalambaka (map) in northwestern *Thessaly, hosting one of the largest and most precipitously built complexes of Eastern Orthodox monasteries, second in importance only to *Mount Athos (map). Meteora is included on the UNESCO World Heritage List.

The 24 monasteries emerged on the countless summits of the rocks from the 14th until the 16th century, 6 of them remaining to be explored and admired by all. These monasteries became the centers of the Orthodox creed in the Byzantine era, having produced some of the best pieces of religious art and craft and still possessing a collection of precious manuscripts, which today are on display in their museums.

In the high season, the monasteries can become incredibly crowded with large groups virtually filling the chapels and other areas within the monasteries. If possible, visit early in the day! The monasteries were not built for tourism. Tourism, though essential to the monasteries’ survival, has also destroyed their character. They are no longer contemplative.

The following monasteries can be visited and are located nearby the road circuiting Meteora.

The Monastery of Great Meteoron (map). This is the largest of the monasteries located at Meteora, although in 2015 there were only three monks in residence. It was erected in the mid-fourteenth century and was the subject of restoration and embellishment projects in 1483 and 1552. One building serves as the main museum for tourists.

The Holy Monastery of Saint Nicholas Anapafsas (map), built in the sixteenth century, has a small church, decorated in 1527 by the noted Cretan painter, Theophanis Strelitzas.

The Monastery of St. Stephen (map) has a small church built in the sixteenth century and decorated in 1545. This monastery rests on the plain rather than on a cliff. It was shelled by the Nazis during World War II who believed it was harboring insurgents, after which it was abandoned.

The *Monastery of the Holy Trinity (map) is on top of the cliffs. It was built in 1475.

From Athens you can take either a train or a bus up to Meteora. The trains servicing the northern part of Greece leave from the “Larissa station” (map) in Athens, while the buses serving that part of the country leave from Terminal B, at Liossion Street (map). Train schedules can be obtained from TrainOSE and buses usually leave once every two hours. Both rides are long (about 4.5 to 5 hours) so make sure to bring a good book.

BUS >   OSE. You can get almost anywhere in Greece by bus, but some isolated villages may only have one or two buses per day >> KTEL BUS.