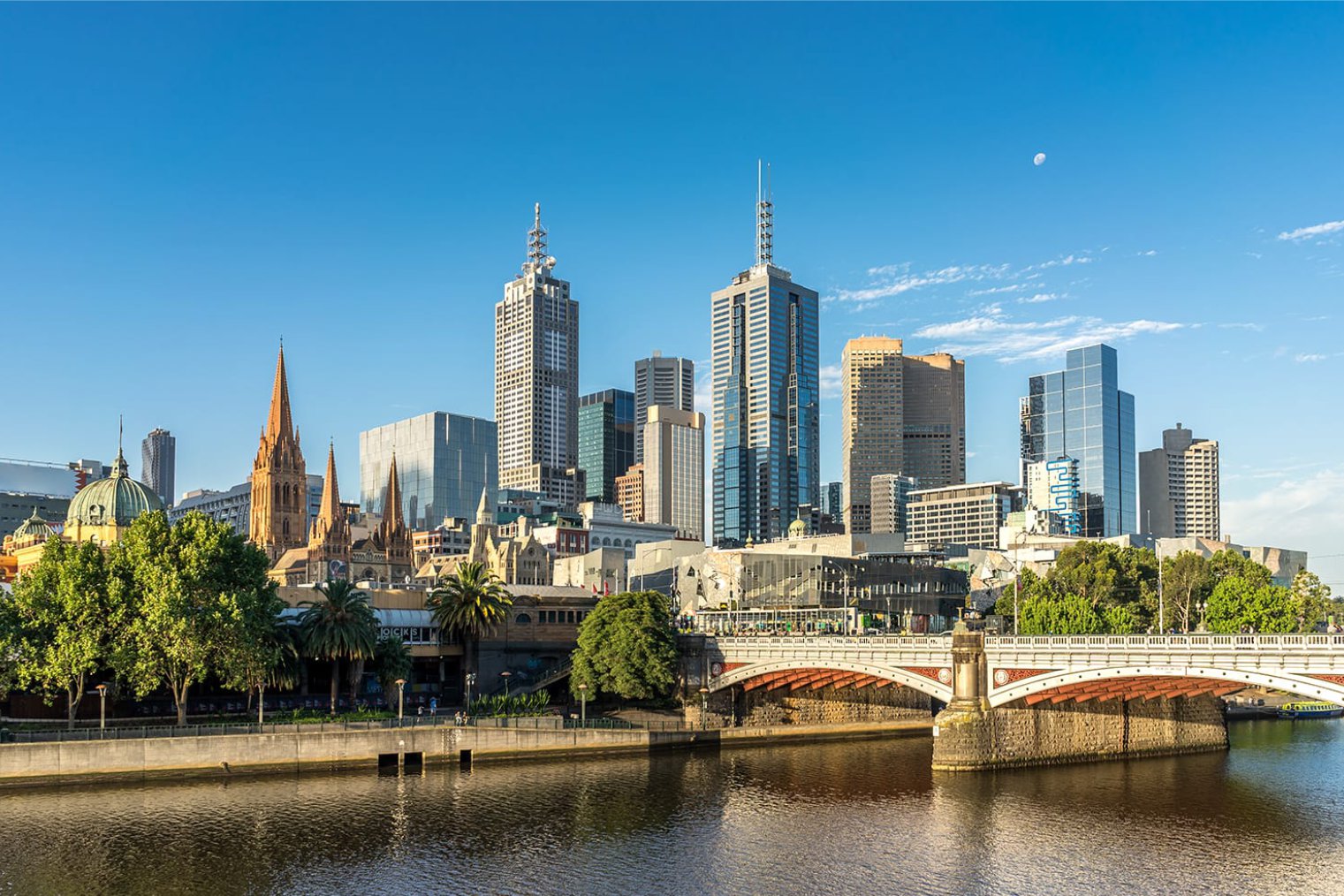 Melbourne (map) is the second largest city and the cultural capital of Australia, with Victorian-era architecture, extensive shopping, museums, galleries, theatres, and large parks and gardens.

The capital of the south-eastern state of Victoria, and located at the head of Port Phillip Bay, Melbourne is a magnet for migrants from all over the world, and consistently ranks as one of the world’s most livable cities.

Melbourne has a very large metropolitan area, but most sights of interest are within the city centre, and most of the rest can be reached within about 20 minutes on the train or tram.

Federation Square (map) – A venue for arts, culture and public events on the edge of the city-centre. Also a common meeting place and close to the major transport hub and tourist attraction of Flinders Street railway station (map).

Southbank Promenade (map) and Southgate Restaurant and Shopping Precinct is one of Melbourne’s major entertainment precincts.

Myki – is the reloadable smartcard used for all travel on trains, trams and buses.

Travel on all trams in the city centre is free. The boundary of the Free Tram Zone is marked with plenty of signage, but remember to touch on at the start of your journey if you plan to leave the FTZ on that journey. This is in addition to the City Circle tram (Tram Route 35), a free tourist tram in the city centre, which runs past many major sights in historical trams.