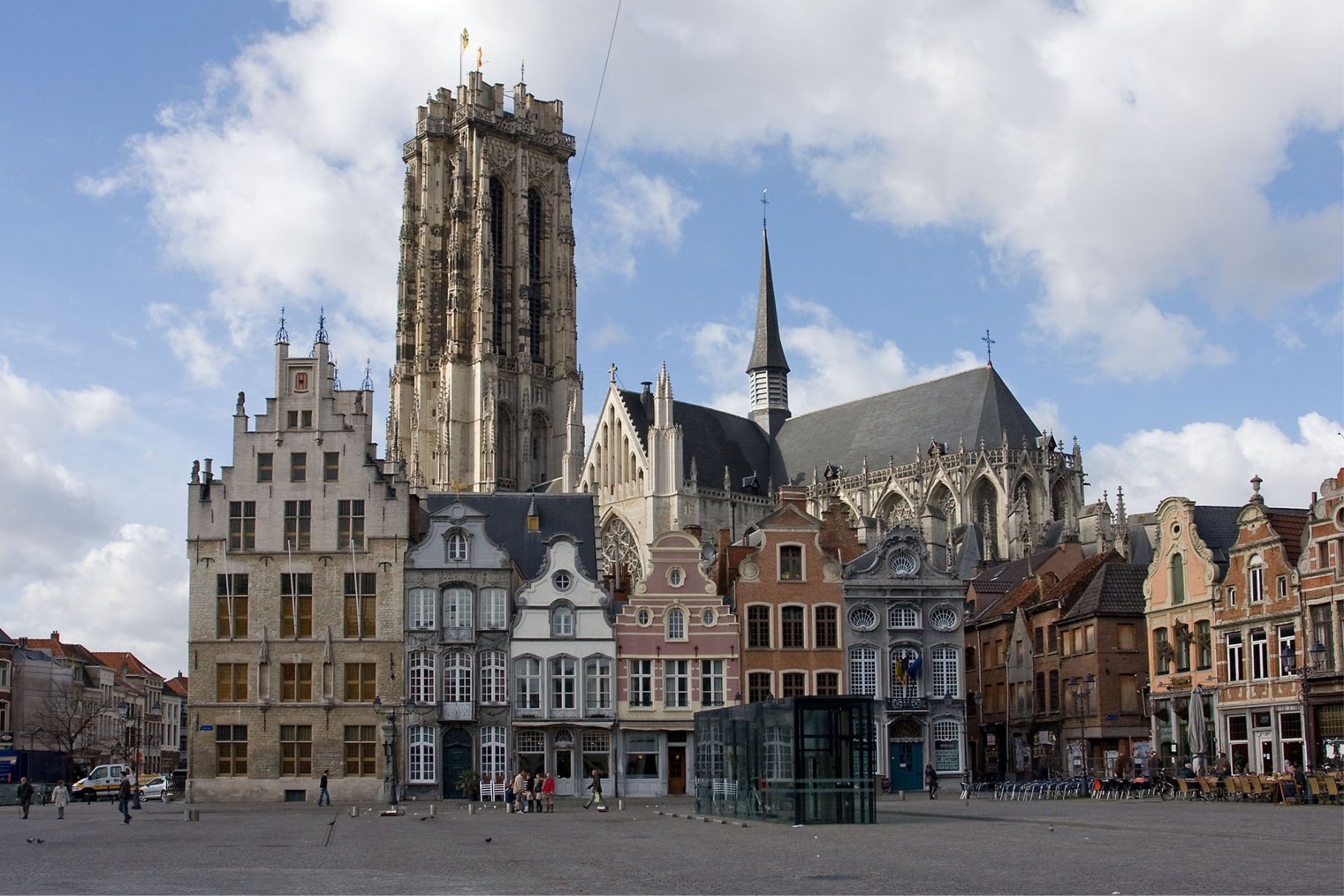 Mechelen (map) is a historically important city located in the center of Flanders. It lies about halfway between Antwerp and Brussels. From 1506 to 1530 it was the capital of the Netherlands under Margaret of Austria. In 1559 it became an archbishopric, a sign of great importance.

Mechelen is one of Flanders’ prominent cities of historical art, with Antwerp, Bruges, Brussels, Ghent, and Leuven. It was notably a centre for artistic production during the Northern Renaissance, when painters, printmakers, illuminators and composers of polyphony were attracted by patrons such as Margaret of York, Margaret of Austria and Hieronymus van Busleyden.

Today it is a vibrant town, mixing trendy and traditional. The city center is about 15 minutes walk from the train station. Mechelen is a very compact city, so you can reach most places on foot.

Mechelen Toy Museum (map) is a museum containing a unique collection of past and contemporary toys on a total surface of 7,000 m². The museum was founded in April 1982, and since 1998 it is a recognized museum.

Many interesting facades along an easy walk from AB-straat by Katelijnestraat towards the Grote Markt, just behind the Schepenhuis turn right along IJzerenleen and before the Grootbrug (oldest stone bridge of Flanders) again right to the Vismarkt, always maintain left along a few curves and across the Kraanbrug (bridge) on the Haverwerf, pass the renewed complex of the former Lamot brewery (map); from the Grootbrug have a look on the river but stay on this bank: turn right onto the Zoutwerf till De Zalm (The Salmon), originally House of the Fishermans’ Guild, tread back and turn left to the Korenmarkt where minor traces of an early cloth hall remain: a 12th–13th century wall and ditch held Mechelen on this side of the river.

*St. Rumbold’s Cathedral (Sint-Romboutskathedraal, map). The largest of the 8 churches in Mechelen, with a high tower. Notable works of art include the carved wood pulpit from 1723, painted triptychs dating to the late 15th and early 16th centuries, and an image of “Our Lady of Miracles” which has been in the cathedral since the early 16th century. The cathedral is part of a multi-site UNESCO World Heritage Site.

The Palace of Margaret of York (map) when widowed of Charles the Bold, now the City Theatre; the oldest renaissance building north of the Alps, Palace of Margaret of Austria while as regent of the Netherlands still raising the later Charles Quint, then for centuries the Supreme though now a lower Court of Justice; in one of these palaces, Anne Boleyn was educated for some time as well.

Market Square (Grote Markt, map). The cathedral cutting across one end and the City Hall (a UNESCO World Heritage Site) at the opposite end, with restaurants and cafes lining the sides between the two.

Palace of Margaret of Austria (Palais de Marguarette d’Autriche, map). An unassuming set of buildings on Keizerstraat that was effectively the seat of government during Mechelen’s time as capital of the Netherlands. Today it houses government offices, but the interior courtyard is worth a brief visit to admire the tranquil and well-organized gardens.

Palace of Busleyden (Hof van Busleyden, map). Hieronymus of Busleyden afforded himself this eponymous Court in a rich renaissance style, making it one of the most beautiful buildings in Mechelen.

St. Jean Church (Sint-Janskerk, map). One of the 8 historic churches in Mechelen, with a notable Reubens painting/triptych “Adoration of the Magi”. The painting of the crucifixion by Wauters is also very impressive.

If you’re around on a Saturday morning there’s an open market in the Grote Markt (map) and the Botermarkt (map). There are a lot of food stands (cheese, meat, seafood, produce, some prepared food) but also some others (basic clothing, shoes, linens).