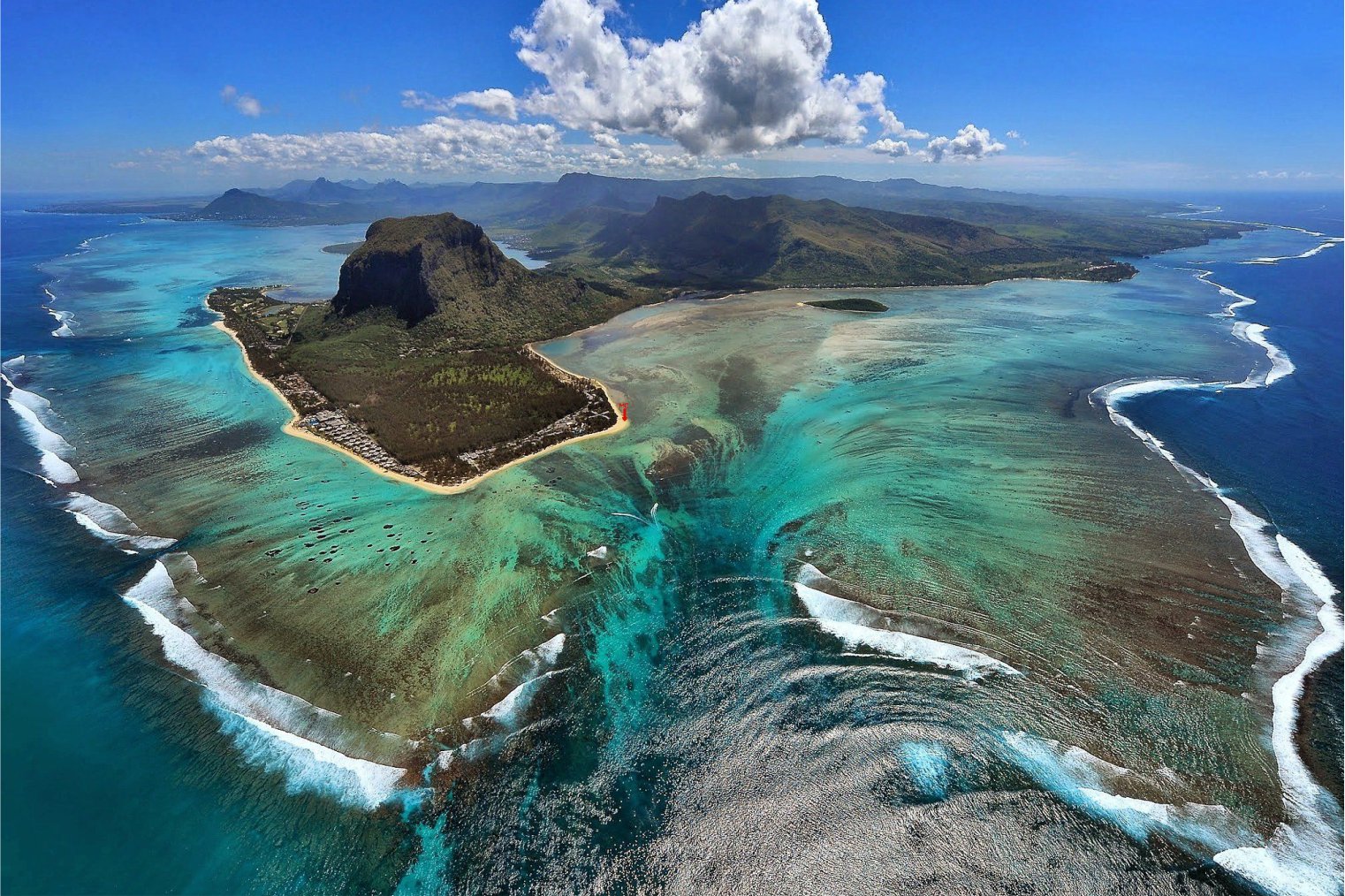 Republic of Mauritius is an island nation in the Indian Ocean about 2,300 kilometres (1,200 mi) off the south-east coast of the African continent.

The capital and largest city, *Port Louis, is located on Mauritius, where most of the population is concentrated. The island is surrounded by more than 150 km (100 mi) of white sandy beaches, and the lagoons are protected from the open sea by the world’s third-largest coral reef, which surrounds the island.

*Blue Bay (map), bluest water and most amazing white sand beaches you will ever see. Centre de Flacq (map) one of the most important villages in Mauritius. This meeting point for inhabitants of the East boasts the country’s largest open air market (map). This extremely colourful market attracts a large number of people.

Visa • Places to go • Get around

Sir Seewoosagur Ramgoolam International Airport is the major gateway for international travellers. Several fairly good bus services ply the island. Bus routes and schedules are available from the Ministry of Land Transport and Mauritius Buses who list all the main operators and their schedules.